This MLB Pitcher Loves Cleveland So Much He Took A $100 Million Pay Cut To Stay There. Sort Of…

Corey Kluber must really love Cleveland. The Cleveland Indians pitcher and 2014 American League Cy Young Award winner is in the news because he just signed a contract that will pay him $37.5 million to throw a baseball. $37.5 million is a lot of money. That's a given. Enough to set most people (and their grand kids) up for life. But in a sports climate where taking the most money possible is the norm, it's fair to argue Corey Kluber is still underpaid, maybe by as much as $100 million.  Kluber's case is one that highlights the impact of leverage, loyalty, and risk in the baseball marketplace.

Pro baseball players have three stages to their careers.

Many young players will try to circumvent this process by signing a contract early in their career to get more money in the moment. Evan Longoria of the Tampa Bay Rays signed a six-year contract for $17.5 million two months into his MLB career.

Kluber's case is distinctive. The American League Cy Young Winner wasn't an elite prospect and was a rookie at 26. 2015 is just his third full year of service in MLB.  So the good news is Kluber's 2015 salary nearly doubled with this deal to $1.2 million.

Kluber also has options that could bump the total value of the contract to $77 million through 2021. None of those annual salaries top $15 million a year. 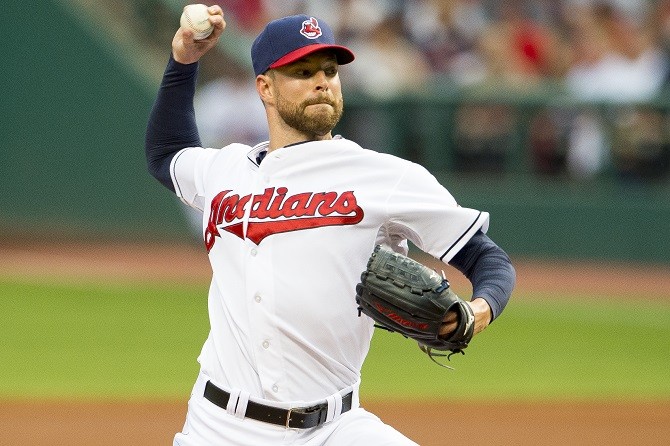 Consider James Shields, who just signed a four-year free agent deal with San Diego that will pay him and average of $17.5 million.

Then there's 2013 Cy Young Award winner Max Scherzer, who signed a $210 million free agent deal over the winter with Washington. In 2019, Scherzer will earn more than $30 million, twice as much as Kluber might make in his contract.

So why sign the deal? Well, first off Kluber's contract is 100% guaranteed. He can blow out his arm tomorrow and still collect. The contract is essentially a security blanket. Kluber also told reporters he wants to be in Cleveland. Other athletes have given home-town discounts to play in Cleveland, most notably some NBA player named LeBron James. Finally, Kluber had limited leverage in creating a $100 million deal. An older prospect four years away from free agency may not have gotten a big money deal at 32 or 33.

In the end, few people reading this would turn down $37.5 million. The player is happy. The team is happy. The fans are happy. Imagine how happy everyone would be if this ends with a World Series title in Cleveland. It's April; everyone is still contender.