It's no secret that being the CEO of a publicly traded company is a fantastic way to get super wealthy. It's not uncommon to have a CEO who pulls down $15 – $20 million per year in cash and stock compensation. Before he stepped down from the top spot, Oracle CEO Larry Ellison consistently took home $75+ million per year. Last year, Charif Souki, the CEO of a company called Cheniere Energy, took home $142 million. The median pay for a CEO in the industrial sector was $18 million in 2014! But if you really want to get obscenely wealthy, you want to be a CEO in the private equity sector. Specifically, you want to be Blackstone CEO Steve Schwarzman.

According to a recent report in Crain's New York Business, Mr. Schwarzman is on pace to become the world's first billion dollar CEO. Not the world's first CEO to become a billionaire thanks to his stock, that has happened a lot. We're talking about the first CEO of a publicly traded company to earn $1 billion in salary and bonuses in a single year. 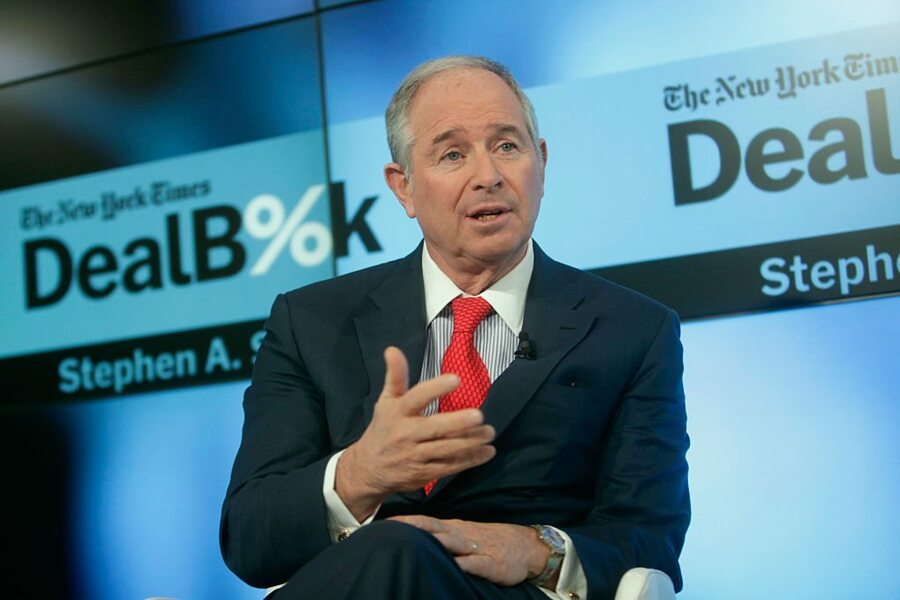 Mr. Schwarzman is no stranger to massive paydays. In February of 2015, Blackstone disclosed that their CEO was paid $690 million for his services in 2014. That figure is currently the largest annual compensation for a publicly traded CEO. Steve Jobs held the record previously. Mr. Jobs was paid $578 million in stock options when he returned to Apple in 2000.

FYI, Lloyd Blankfein, the CEO of Goldman Sachs was paid "just" $24 million in 2014. That's roughly 3.5% of Schwarzman's income. Steve actually addressed his massive pay discrepancy between his and Lloyd's pay at a conference just last week:

"The reason I have a lot more compensation than Lloyd is because you start a company and you own stock in a company, and you make that whether you worked or didn't work. "It's no different than if you were a Steve Jobs starting his company versus a Tim Cook who's working there."

In other words, if you want to make A TON of money in this world, you have to create something of your own from scratch. 99% of the time, being a hired employee alone will never make you super wealthy. Although to be fair, both Lloyd Blankfein and Tim Cook are extremely wealthy.

Schwarzman co-founded Blackstone in 1985 with his former boss from Lehman brothers, Peter G. Peterson. Today the company specializes in multi-national private equity, investment banking, and asset management. The firm has approximately $280 billion worth of assets under management today. Part of the reason Mr. Schwarzman's compensation is on pace to be so massive, is because Blackstone is having an exceptionally profitable year thanks to the booming stock market. Blackstone went on a shopping spree when the markets were at all time lows 6-7 years ago. In the last 12 months, the company has been unloading these assets at very impressive premiums.