The U.S. Military Purposely Blew Up Millions Of Dollars Of ISIS Cash In Latest Airstrikes

By Marvin Jules on January 16, 2016 in Articles › Celebrity News

When it comes to terrorist groups, no group is more powerful than ISIS. The group is the richest terrorist organization in the world, with a total worth of roughly $400 million, according to recent estimates. As a result of their financial prowess, most of which comes their way via oil, they are able to wreak havoc across the globe. The United States is attempting to thwart ISIS and their stranglehold on the Middle East by attempting to destroy ISIS strongholds through airstrikes. Though airstrikes are sometimes controversial as a result of the collateral damage that results when civilians die in these strikes, the U.S. government believes that by destroying the places that ISIS operates out of, they can take away ISIS's ability to function as a state-like entity. This past Sunday, the U.S. carried out another one of these airstrikes in Mosul, Iraq, and this time, they may have hit the terrorist organization where it hurts the most; their pockets.

Early Sunday morning, the U.S. dropped two 2,000 pound bombs in a building in central Mosul, Iraq. This building reportedly contained large amounts of cash ISIS was using to pay its troops and for ongoing operations, according to two U.S. defense officials. The officials referred to the building as a "cash collection and distribution point." The U.S. determined that Sunday morning was the right time to bomb the building after U.S. aircraft and drones were watching the site for days. 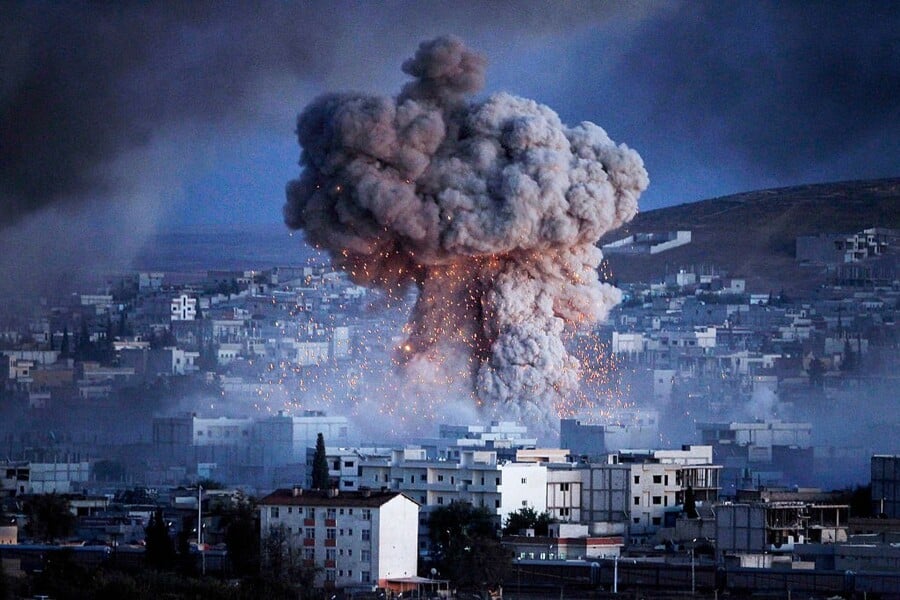 The U.S. considered the strike as a very sensitive matter, as a result of the amount of civilians in the area. According to U.S. commanders, they were willing to consider an upwards of 50 civilian casualties because of the importance of the target, but an initial post-attack assessment showed that the number of civilian casualties was roughly five to seven people.

As far as exactly much cash was in the building? While officials could not give an exact number, they described the amount as in the "millions."