If you've ever wondered what the nine justices of the US Supreme Court do when court is not in session, you can get a little bit of insight from their regular financial disclosures. Those disclosures for 2018 were recently made public, and they contain some pretty interesting bits of information about the financial lives of those who preside over the highest court in the land.

USA Today reports that it was the Supreme Court's resident celebrity (and oldest member) Associate Justice Ruth Bader Ginsburg who had the busiest 2018, at least in terms of travel. She made a total of 14 trips over the course of 2018, for speaking engagements in far-flung lands like Israel, Jordan, and Italy, as well as to Park City, Utah for the premiere of the documentary about her life at the Sundance Film Festival.

There were also a couple significant sales of stock among the justices, an especially important subject given the issue of recusals to avoid financial conflicts of interest in cases before the court. Chief Justice John Roberts sold about $250,000 worth of stock in AT&T, making a reported profit of about $100,000 along the way, while Associate Justices Stephen Breyer and Samuel Alito declined to unload their own personal stock in various companies, which some reform advocates say increases the chances of future recusals. Gabe Roth is the executive director of advocacy group Fix the Court, and he told USA Today that selling off stock is a growing trend among those on the Supreme Court, and one he hopes will continue:

"It should not take a mistake, or near-mistake, to convince a justice that he should not hold shares in a company that frequently comes before the court…Such holdings often lead to recusals, meaning the potential for a 4-4 tie, which undermines the judiciary's ability to function properly." 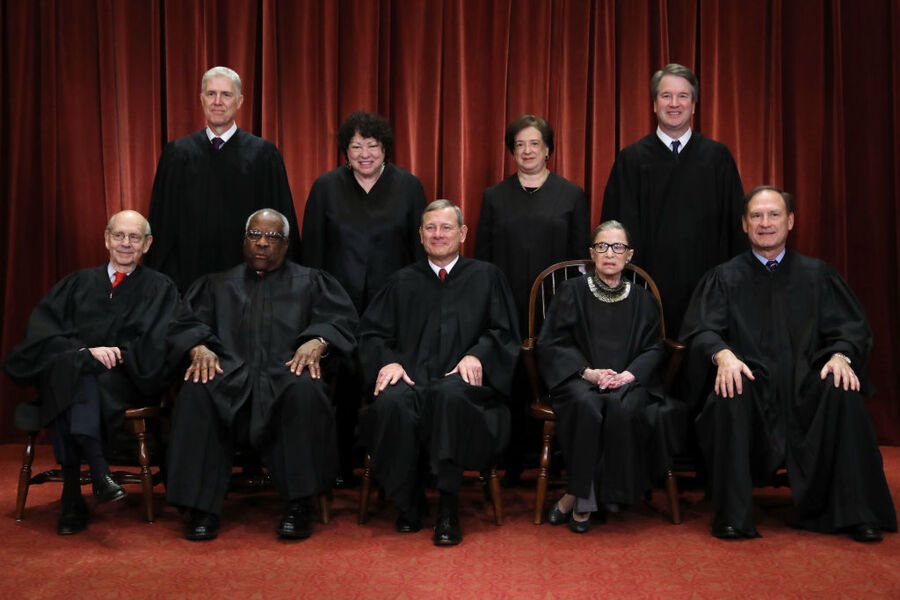 All in all, the 2018 financial disclosures seemed to be par for the course for the Supreme Court justices, each of whom pulls in a salary of $255,300 a year for their duties, except for Chief Justice John Roberts, who makes a little more than that at $267,000 a year.