By Brian Warner on January 19, 2022 in Articles › Celebrity News

If you want to make a ton of money in life, there appears to be a simple, three-step process:

Step 3: Sell the alcohol brand for a ton of money.

This is the exact plan that allowed Sammy Hagar, Conor McGregor and George Clooney to make significantly more money from their boozy side careers than they ever made in total from their respective primary careers.

And if the latest numbers being reported are true, the next celebrity to join the alcohol mogul club? Dwayne "The Rock" Johnson.

Based on some numbers that are being reported this week, it's likely that The Rock will become a billionaire in the near future thanks to his alcohol brand Teremana Tequila. In fact, he may already be a billionaire on paper right now. 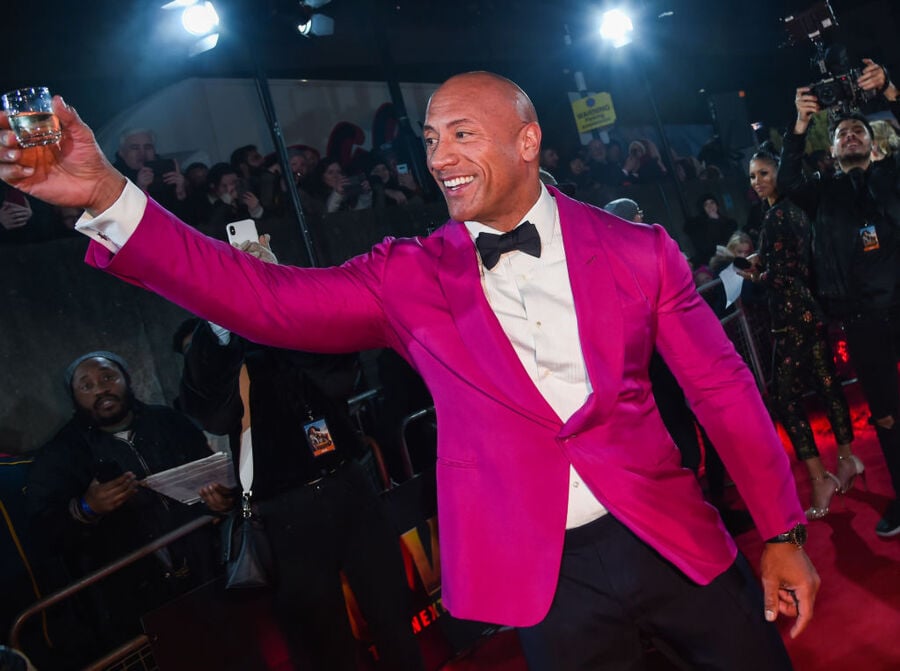 Let me give you some quick anecdotes before we get into The Rock's billion dollar tequila empire.

In the late 1990s, Sammy Hagar began selling his own brand of Tequila named "Cabo Wabo" after a bar he bought in Cabo San Lucas. In 2007, Sammy sold 80% of the Cabo Wabo tequila company to Gruppo Campari for $80 million. In 2009 he sold the remaining 20% for an additional $15 million, for a total payout of $95 million not including the money he made pre-sale.

Looking to replicate his success, Sammy recently launched a new tequila company with Guy Fieri called Santo Tequila. Even without the Santo Tequila sale, Sammy has made significantly more money thanks to Cabo Wabo than he ever did from his music career.

In September 2019 Conor and some friends launched Proper No. Twelve whiskey. In April of last year they sold the majority of the business for $600 million. Between the money from the sale and the money Conor reportedly earned off the brand prior to the sale, he grossed around $250 million from Proper No. 12 in under three years.

According to our tracking, Conor earned a total of around $215 million fighting professionally (that includes $100 million earned fighting Floyd Mayweather and $50 million fighting Khabib). So in this one deal Conor topped his fighting career earnings by $35 million.

In 2013 George and two friends launched Casamigos Tequila. They sold the brand in June 2017 to Diageo for $1 billion – $700 million in cash and $300 million in bonuses based on continued promotion and performance milestones. Assuming the company hit all of its goals, which I'm sure it did because I see Casamigos EVERYWHERE, George's pre-tax total earnings would be around $333 million. That does not include any dividends he received in the four years prior to the sale. Assuming Casamigos sold for 20X profits (the average industry multiple for alcohol brands), I estimate that George's total earnings from Casamigos was $400 million.

Here's a really important stat about the Casamigos sale that I'm going to revisit in a moment:

The Rock launched his alcohol brand, Teremana Tequila, in March 2020.

Perhaps fueled by the fact that everyone was stuck at home drinking away their COVID fears, in the first 12 months of the brand's launch (March 2020 – March 2021), Teremana sold 300,000 cases.

According to numbers reported by The Rock this week, judging by performance from March 2021 to the present, Teremana is on pace to sell 600,000 cases annually.

Remember, George Clooney sold his tequila brand for $1 billion when it was at a run-rate of 170,000 cases per year. If we use that as a comp, one could argue that today Teremana is worth…

We do not know how much of Teremana The Rock personally owns. We do know he has a bunch of partners including three individual co-founders (one of whom is his ex-wife Dany Garcia). Furthermore, to launch the brand Teremana partnered with the Lopez family of Jalisco, Mexico for production and Jägermeister's parent company for global distribution. I suspect buying into the Lopez' family's authenticity and Jägermeister's supply chain was not cheap.

Let's assume after his five partners, The Rock managed to maintain a 30% equity stake in the brand. And let's assume the 600,000 case prediction is accurate and therefore the $3.5 billion comp is accurate. Under this hypothetical scenario, The Rock's stake in Teremana would be worth…

If the above is true, The Rock's pre-tax equity stake in Teremana would be worth more than the total amounts earned by Sammy Hagar, Conor McGregor and George Clooney from their respective alcohol brands… combined! That would also be significantly more than The Rock has earned from film salaries and endorsement careers combined.

Let me be clear though – The math we just ran is very rough and not based on confirmed case sales or official valuations. But why wouldn't these numbers be true? Is there a bigger celebrity on the planet than The Rock? I mean that physically and metaphorically. Let's say you run one of Diageo's biggest competitors. Why wouldn't you peel off $3-4 billion to buy The Rock's tequila brand? Especially if you were able to keep The Rock as a minority owner with the ability to tap the following social media followings?

When Kylie Jenner sold half of her cosmetics company in November 2019 at a valuation of $1.2 billion, a significant portion of the justification for the sale's value was based on her social media following. At the time she had 270 million social media followers.

This will definitely be a fun story to watch. Here's a prediction: The Rock sells Teremana for over $3 billion in 2022.