Roger Goodell is, by any admission, not a popular commissioner. The league has certainly suffered through some nasty issues, particularly this past season, with a variety of domestic abuse charges being cast upon several players. Goodell isn't getting much love from fans, either–they find it ridiculous that a player like Josh Gordon can be suspended for 10 games for marijuana use, while Adrian Peterson was still paid all season long, despite only playing in one game due to his role in a child abuse scandal.

But Goodell's latest move just might make everyone happy. For a minute or two, at least. He's announced the NFL will end its tax-exempt status, saying he is eliminating a "distraction." The U.S. requires that non-profits file annual federal tax returns, some of which must be made public. Through past IRS records, we can see that Goodell made $35 million in 2013, and has made $150.4 million in eight years as commissioner. Once this tax-exempt status is eliminated, those salary numbers will no longer be public. 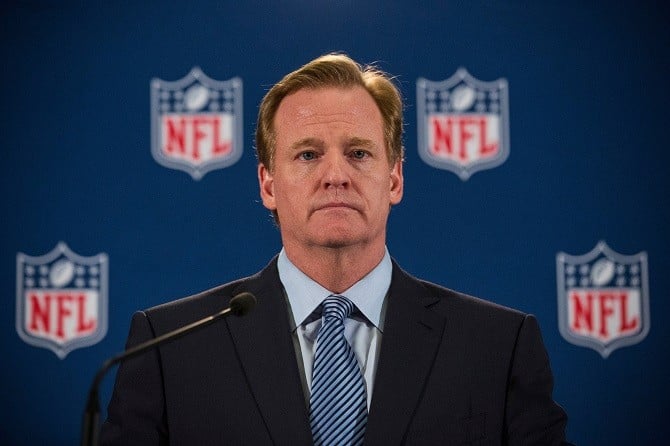 It's a win all around–the NFL and Goodell get to help their image, and can now keep previously public numbers a bit more private. And for Congress–which had members who were trying to revoke the league's tax break–they're pleased to make back $109 million in federal treasury money over the next decade.

Granted, that's a small sacrifice for the NFL in the long run. Despite the negative perception toward Goodell, the league is still doing quite well for itself: revenue in 2013 was at $10 billion, up from the $7 billion it was at when Goodell took over in 2006. Most of that money goes to the teams, who are already taxed on it.

Of course, not everyone is happy–Senator Harry Reid, a Nevada Democrat, thinks Goodell should move onto more pressing matters, like changing the name of Washington's football team. But hey, when you've had as many struggles as the commissioner has had, you've gotta take it slow sometimes.