By Brian Warner on April 2, 2015 in Articles › Celebrity News

At the end of January, it was revealed that an investment group led by Jay-Z had purchased a Swedish music company called Aspiro for $56 million in cash. $56 million was a 60% premium over the company's value the day before the deal was announced.

Aspiro operates two music streaming services, WiMP and Tidal. Both are positioned to offer higher-quality streaming music than can be provided by rival services. Tidal was just recently launched in the UK and US. WiMP has been in operation much longer, and at the end of 2014, reported to have 512,000 paying users in Poland, Germany, Denmark, Finland, Iceland, Norway and Sweden. Impressive stats, but even so, barely scratching the surface of Spotify's 15 million paying subscribers. Spotify is available in 58 countries, as of this writing.

You probably recognize Tidal because we wrote about its awkward launch party in NYC two days ago. Jay unveiled his plans for Tidal with the help of 15 music superstars like Kanye West, Madonna, Deadmau5 and Rihanna. He also gave each of his 15 partners a 3% equity stake in the streaming service. 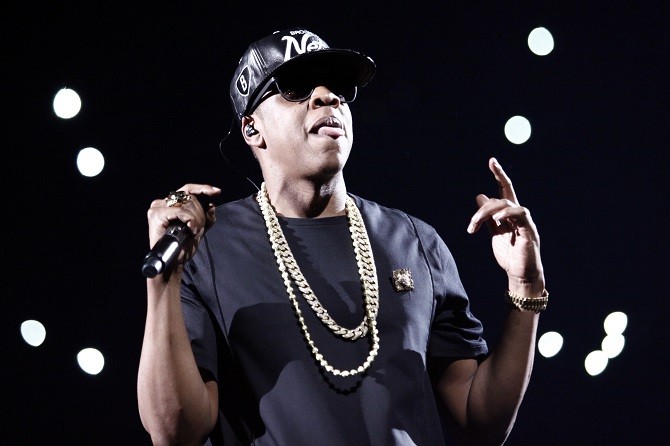 Tidal attempts to differentiate itself from the crowd in two main ways: 1) Tidal offers a slightly higher quality stream of music than competitors (get ready for buffering), 2) Artists will get a larger cut of the revenues. These are good goals, but unfortunately, Tidal has received a decent amount of criticism because the monthly fee is more than twice the equivalent plan offered by Spotify. There is also no free (ad-supported) version of Tidal.

Most of the feedback we received about Tidal basically questioned why anyone would pay any monthly fee for music, let alone 2X the current standard. It's also a little ironic to see a group of musicians who have a combined net worth of $2.8 billion position themselves as super heroes fighting for "fair trade" rights for artists.

Anyways… Regardless of what you think of Tidal, it has certainly turned out to be an amazing investment for Jay-Z.

As we mentioned, Jay bought Tidal's parent company Aspiro back in January for $56 million. When he bought the company, Tidal had 17,000 subscribers. Today it has over 100,000. What's even more impressive is that Jay and his investment partners recently took on an investment round from Sprint's parent company Softbank, that would give the company a market cap of $256 million.

After giving away 45% of the company's equity to his 15 partners, Jay and his original investors own the remaining 55%. Jay is reportedly the largest stakeholder. Assuming he owns 30-45% of that remaining equity, Jay has seen the value of his investment increase from $17-22 million to $77-$102 million. That's a 363% return in two months.

It's still way too early to call Tidal or Aspiro a success. 100,000 subscribers is not even a tiny scratch compared to Spotify's 15 million. What happens to Jay's investment if no one else signs up? Or worse. What if he loses subscribers who realize they could save $120 a year switching to Spotify. Even more, if they choose not to pay for any sort of music service.

Where do you think Tidal will be in a year? Thriving and competing with the majors, or languishing in the tech cemetery?