The Money To Be Made In Professional Soccer (Legal And Illegal) Is Insane!

By Travis Pulver on June 1, 2015 in Articles › Celebrity News

By now, most sports fans have heard of the scandal that rocked FIFA, the international governing body for association soccer. According to news reports, a number of officials along with a hand full of other people, have been arrested on a broad scope of corruption charges. Supposedly, these people have been involved in a 24-year-old scam to make themselves insanely rich by abusing their power and influence with FIFA.

Many Americans are probably thinking so what? Soccer is boring, so a scandal involving the so called "beautiful game" must be boring too. If only they knew the amount of money in play. If so, they would see why it is a beautifully spectacular scandal indeed.

While soccer is one of the less popular sports in the United States, the rest of the world loves the game. Every four years during the world cup, entire cities have been known to shut down so that fans can watch the game. Something that popular is going to generate a ton of revenue. 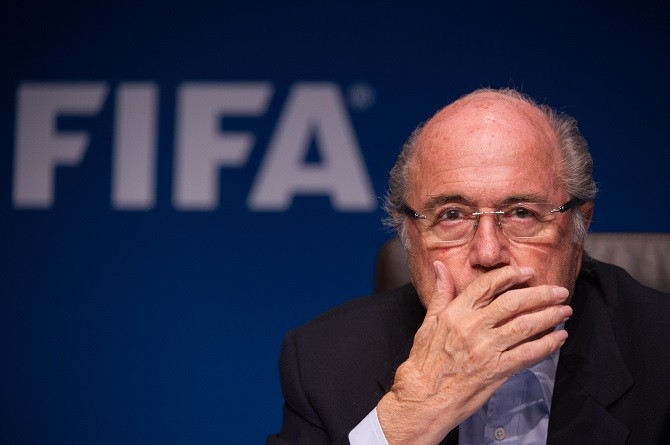 The television rights accounted for $2.4 billion of that total with another $1.6 billion coming from marketing. Ticket sales alone generated over $527 million.

In the end, when the money was counted and the bills were paid, FIFA ended the last World Cup cycle with a cool $3 billion in cash reserves. So with that kind of money on hand it is almost understandable that some would be tempted to be less than scrupulous.

Last year, FIFA paid around $88 million in salaries to its people. The top 13 executives took home a combined $40 million. According to official disclosures, FIFA's president Sepp Blatter earned $1.4 million in salary in 2014.

With that kind of money to be made legally, why resort to illegal means? Well, according to the extremely long indictment that has been released detailing the charges, officials have been accused of taking over $150 million in bribes and kickbacks from companies looking to obtain media and marketing rights.

It would seem that the rich were not satisfied with being rich. For some reason, they felt that they had to be richer.