The Masters Payout: Why There's More To Golf's First Major Than Just A Green Jacket

Anyone playing in the 2015 Masters had one thing on their mind: a green jacket. Unless your name is Jordan Spieth, that jacket is a just a dream for 2015. But for those getting to play the full four rounds at Augusta National, there were plenty of payoffs besides getting a chance to play one of the most pristine golf courses on the planet.

The Masters is big business, which means a huge payout for the top names in golf. The total prize pool for this year's tournament was $10 million. Spieth earned $1.8 million for his win. That's over 50% more than the typical first prize check on the PGA tour.

Finishing second may feel like a letdown, but the $1,080,000 seems like a nice consolation prize. No wonder Phil Mickelson was so happy with his put on the 72nd and final hole. While it didn't help Mickelson win the tournament, it did help him tie for second. Spilling the difference between second and third meant an extra $200,000 in reward for Mickelson's work around Augusta National this past weekend. 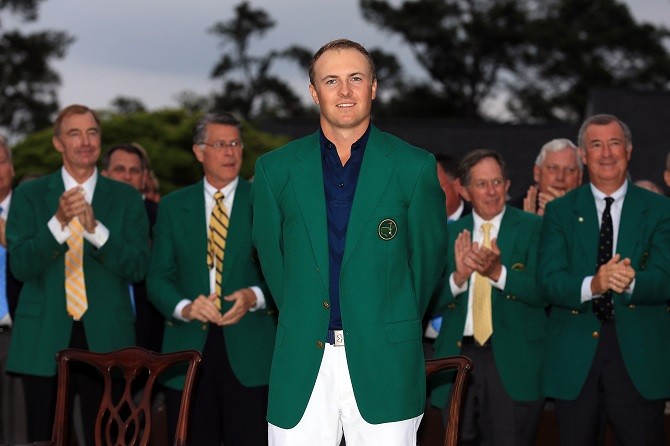 The value isn't just limited to those vying for a title. Any golfer finishing 10th or better was assured at least $270,000. Anyone in the top 20 received at least $130,000. As long as a golfer was 23rd or better, the payday would get into six figures.

Then there's Thongchai Jaide. Many golfers may never have heard of the Thailand native. He finished dead last in the 2015 Masters, and was 27 shots behind Jordan Spieth. But Jaide made the cut over big names like Jim Furyk, Luke Donald and Martin Kaymer. For that, Jaide earned more than $20,000 for his work. Plus, he got to play August National, hang out of the clubhouse and eat those famous egg salad sandwiches.

The rise in golf revenue isn't a surprise. What's stunning is to compare golf payouts at the first major when compared to pricing at the venue. Augusta National is known for keeping prices low; beer is 4 bucks, chips are a dollar and the famous (or infamous depending on how many you've had) egg salad sandwich is a $1.50. Plus, the tournament leaves millions on the table with its limited rights fees.

Of all the numbers golf fans can see at August National, one matters most. It's the size of the green jacket that the winner gets every year. Whether a golfer wins $20,000, $200,000 or $1 million, most would gladly sacrifice that check in a heartbeat for the jacket, even if it doesn't match anything in a golfer's wardrobe.