By Brian Warner on February 26, 2015 in Articles › Celebrity News

If you were holding out hope that there might not be any Kardashian TV shows for the next four years, you are about to be gravely disappointed.

According to multiple sources, the Kardashian family just secured a record-breaking $100 million+ deal to keep churning out horrendous television for E!. The deal directly benefits mom Kris Jenner and daughters Kim Kardashian, Kourtney, Khloe, Kendall and Kylie. Bruce Jenner is not included in the deal. Bruce is working on his own, separate E! show that will document his sex transition. Although Bruce's deal might be in jeopardy after his involvement in a fatal car accident.

$100 million over four years is the highest deal in the history of reality television. The deal involves the flagship show "Keeping Up With The Kardashians" as well as several current and future potential spin-offs. The deal will also cover Khloe's continued duties as a red carpet host for E! special events. Thank God.

Now if you'll excuse me, I need to walk around outside screaming for roughly 30 minutes.

Update! 24 hours after we posted this article, sources connected to E! announced that the actual final deal amount is around $80 million. Less than $100 million, but still a ton of money. The sources also confirmed that in order to earn the full $80 million, the Kardashian clan would need to achieve a handful of modest ratings goals. 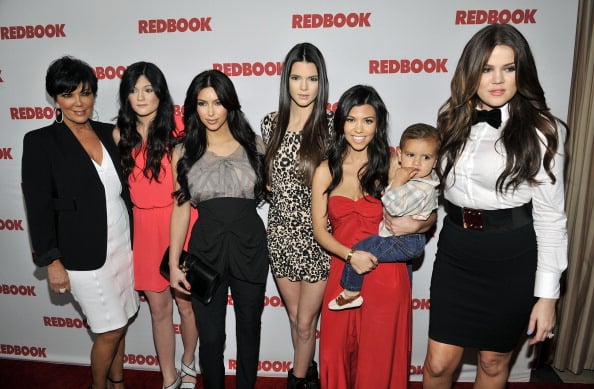