Major League Baseball is making more money than ever, and many of the players in the league are enjoying that success as reflected in their salaries this season. It can be interesting to see which players are raking in the most in a given year, so for your reading pleasure, here are the highest paid MLB players of the 2019 season:

Stanton is in the thick of a 13-year contract worth $325 million through 2028, which, until relatively recently, was the most lucrative contract in the history of professional baseball.

This third baseman recently signed a very healthy eight-year contract with the Rockies, worth $260 million through the 2026 season.

Hernandez's contract with the Mariners is up at the end of the 2019 season, but in 2013 when the $175 million deal was signed, it was the biggest contract ever signed by a pitcher.

Pujols' $240 million contract with the Angels stipulates at least one interesting bonus: $7 million if he can reach 763 career home runs. As of this writing, he's got 635.

Ceespedes' $110 million contract with the Mets is fairly short compared to the other huge deals on this list, for just four years. He'll be up to sign a new one next season.

On the other end of that spectrum if Bryce Harper, who signed a whopping 13-year contract with the Phillies, which will make him $30 million in 2019 and $330 million overall. It also includes no-trade and no-opt-out clauses, so it's clear that Harper intends to call Philadelphia his home for the time being.

At the end of Cabrera's eight-year contract in 2023, he'll have the option to extend for two more years at $30 million a season.

Machado has a ten-year contract through 2028 with the Padres, worth a total of $300 million overall.

Kershaw has a couple of performance-based bonuses built into his three-year contract with the Dodgers: One for $1.5 million for every Cy Young Award win, and another for $500,000 for each second or third place finish.

Price's contract was another high point for pitchers when he signed it in 2016, and it's good for $217 million through 2022. 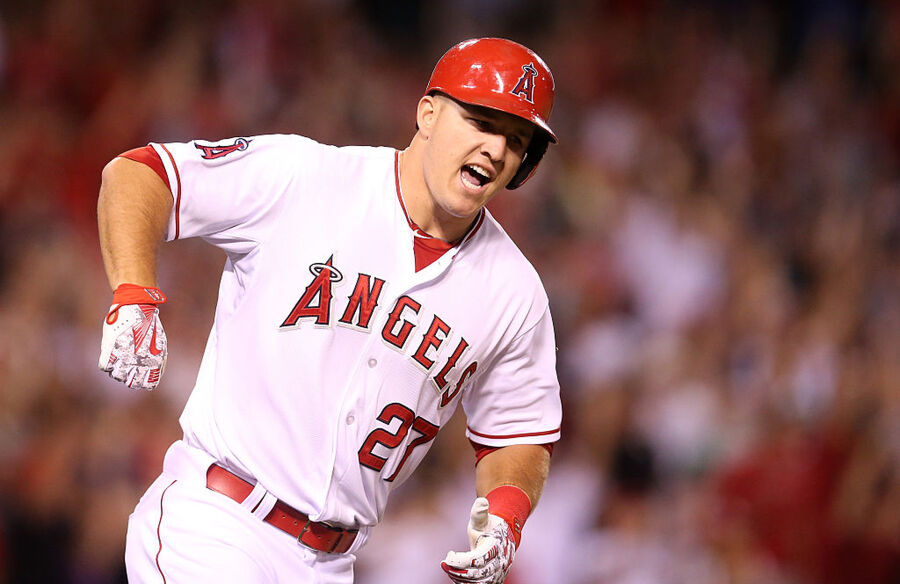 Trout's six-year, $144.5 million contract makes him the highest paid baseball player of 2019, and many expect him to outdo himself when his contract is up next year.