Remember that time when Jennifer Lawrence spoke out (a lot!) about how she was paid less than her American Hustle co-stars? Well… while women in Hollywood (and elsewhere) may still inexplicably be fighting for equal pay in 2016, Lawrence isn't one of them. She is not only the highest paid actress of the year with $52 million in earnings, but she is the highest paid Oscar nominee of the year.

Lawrence earned her fourth Oscar nomination for her role as Magic Mop inventor, Joy Mangano, in Joy. Her $52 million in earnings also reflects her Hunger Games paycheck, as well as a lucrative contract with Dior. At 25 years old, Lawrence is the youngest actress ever to rack up four Oscar nominations. She won the Academy Award for Best Actress for her role in Silver Linings Playbook. Lawrence's $52 million is almost twice as much as the second highest paid Oscar nominee, Leonardo DiCaprio. Leo brought in $29 million this year. He is nominated for Best Oscar for his role in The Revenenant. The third highest paid Oscar nominee is Matt Damon, who is nominated for Best Actor for The Martian. He made $25 million. 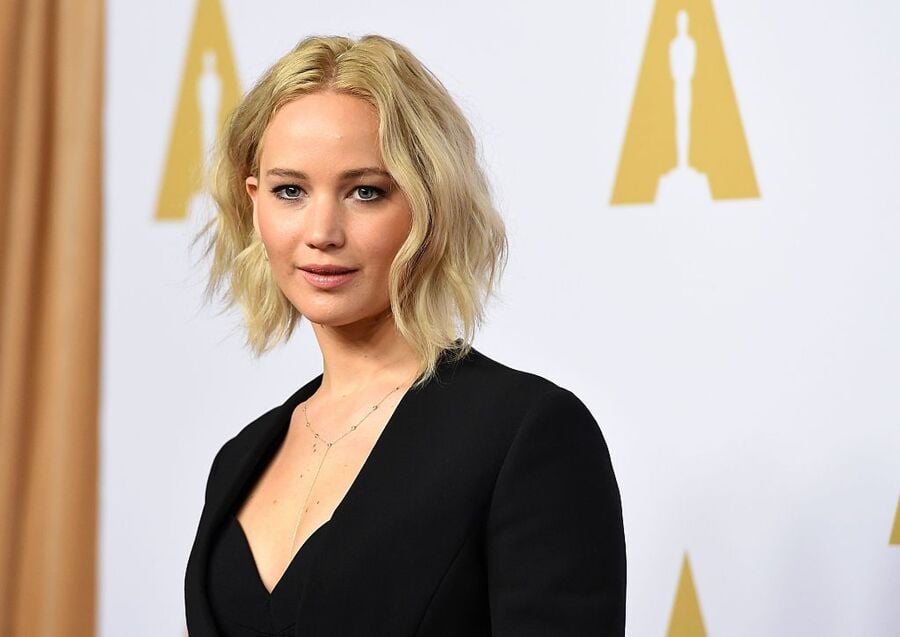 None of the other five nominees in the Best Actress category (Cate Blanchett, Saoirse Ronan, Brie Larson, and Charlotte Rampling) nor any of the five nominees in the supporting actress category (Rooney Mara, Alicia Vikander, Kate Winslet, Rachel McAdams, and Jennifer Jason Leigh), made the $6 million cutoff to be included in the annual list of the highest paid actors. It isn't just the actresses who didn't make enough to make the list of the highest paid this year, none of the other Academy Award acting nominees made the list. The highest paid actor of the year, Robert Downey Jr., made $80 million. He did not receive a nomination this year.