The COO of SoftBank Wants $2 Billion In Salary/Compensation. His Boss, Masayoshi Son, Has A SLIGHTLY Different Number In Mind

By Brian Warner on December 8, 2021 in Articles › Celebrity News

Picture the executive conference room in the corporate offices of SoftBank. I'm picturing a room high up in the clouds surrounded by floor-to-ceiling windows that give way to never-ending views of the Tokyo skyline. Now imagine an enormous, gorgeous wooden conference table surrounded by the best office chairs money can buy.

Seated in those chairs you have two people:

1) On one side of the table sits SoftBanks' founder/CEO Masayoshi Son.

2) On the other side sits SoftBank's COO Marcelo Claure.

The topic of the day is Marcelo's future salary and compensation.

Masa asks Marcelo what he has in mind.

Marcelo writes a number down a piece of paper. It takes a moment to write all the number's digits fully. He folds the paper up, and slides it across that gorgeous wooden conference table. Masa unfolds the paper to reveal the number. He proceeds to fall out of his chair either laughing, crying or having a heart attack.

Believe it or not, a rough version of this scene has been playing out over the last few weeks between Masa and Marcelo in real life.

Marcelo believes he is owed an enormous compensation package to compensate him for the exemplary work he's done in recent years cleaning up a handful of SoftBank messes, notably the WeWork debacle, and for the value he plans to bring to SoftBank in the coming years. Masa is more concerned about SoftBank's falling stock price and the wrath he would experience from investors if he green-lit the requested pay package. 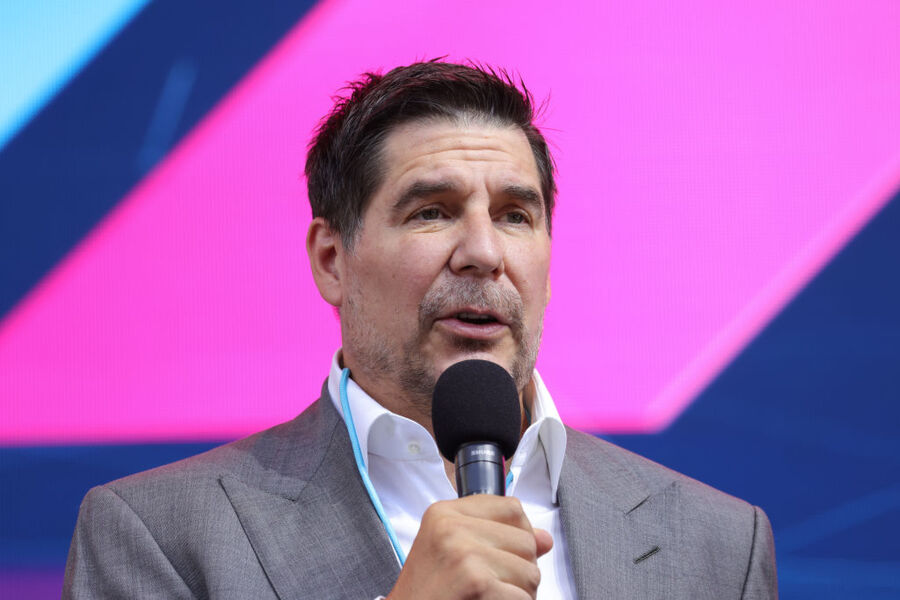 Who is Marcelo Claure?

Marcelo Claure is a Bolivian-born serial technology entrepreneur/investor/executive. In 1997 he founded a wireless distribution company called Brightstar. The company name was a mashup of the two largest cellphone companies in Latin America at the time, Cellstar and Brightpoint. A clever little jab from Marcelo's little startup. But his startup wouldn't be little for long.

Over the next decade Brightstar grew into one of the largest privately-held wireless distributors in the world. Brightstar's specialty was buying phones from companies like Motorola and then re-selling them to customers that the big carriers didn't want to deal with in Latin America. Within a few years Cellstar and Brightpoint had both abandoned Latin America altogether, leaving Brightstar owning the whole pie.

A year later, Marcelo orchestrated Brightstar's full acquisition by Sprint. He was then named CEO of Sprint. At the time of this acquisition, Brightstar was generating $10 billion per year in revenue and was the largest Hispanic-owned business in the United States.

In April 2018 Marcelo initiated the $26 billion merger between Sprint and T-Mobile. The merger was completed two years later.

In May 2018 Marcelo was named COO of SoftBank (the conglomerate's main parent company) and CEO of two subdivisions: SoftBank Group International and SoftBank Latin America.

As COO of SoftBank, Marcelo oversees investments in dozens of companies. Most famously, in October 2019 Marcelo stepped in as executive chairman of WeWork after the company's profligate and controversial CEO Adam Neumann stepped down. Over the next two years Marcelo navigated WeWork back from the brink of death towards a mildly successful SPAC IPO merger which now values WeWork at $6 billion. That's still about 90% below WeWork's peak private valuation of $47 billion, but at least the company didn't just evaporate!

Outside of the board room, Marcelo, David Beckham and Simon Fuller own the MLS team Inter Miami CF.

How Much Money Does He Want?

In 2020 Marcelo made $17 million in total compensation. He has consistently been one of the highest-paid corporate executives in Japan every year for the last few years.

Given the fact that SoftBank's market cap has slid around 35% in 2021 so far, insider sources claim that Masa Son was thinking of offering Marcelo a pay package that was valued in the "tens of millions" for the next few years.

That number has reportedly "peeved" a number of SoftBank executives who have watched as Marcelo's personal wealth benefited from SoftBank's investments. According to a recent New York Times article, Marcelo – with the Board's permission – has made a number of personal investments in startups that he then introduced to SoftBank. On the occasions when SoftBank then invested in those companies, Marcelo's earlier stakes increased significantly in value.

Negotiations could continue for several more weeks. They could also result in Marcelo walking away. Frankly, when you're starting the negotiation this far apart, it almost feels like both sides are sending a clear message that they don't actually want to move forward. Maybe Marcelo is pissed at Masa for making big stupid bets that vaporized billions of dollars in capital and required years of damage control. Maybe Masa is upset that his trusted COO allowed those investments to go sideways in the first place?