Robert Downey Jr Made $50 Million off The Avengers

On May 4th 2012, Marvel Studios released the action packed, star studded summer blockbuster "The Avengers". The movie eventually went on to earn an astonishing $623 million domestically and $888 million at international box offices. That comes to a grand total of $1.511 BILLION dollars. $1.511 billion makes The Avengers the third highest grossing movie of all time behind Titanic and Avatar. The Avengers had the single highest grossing opening weekend of all time at $207 million. It's also the fastest movie in history to reach $500 million, hitting that mark in just 23 days. In addition to smashing dozens of records, The Avengers also made a lot of people rich. But one person in particular made a small fortune. Of course we are talking about Robert Downey, Jr 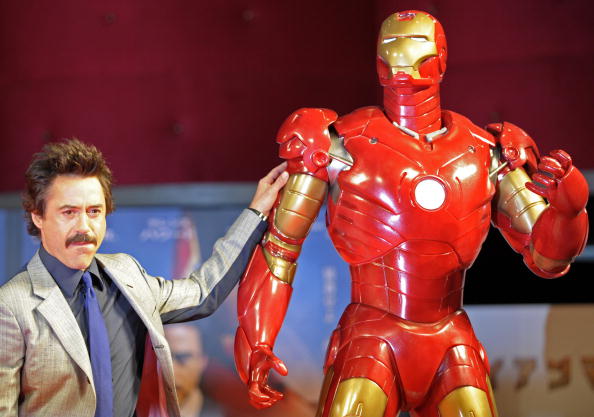 Back before The Avengers was released it was reported that RDJ could make as much as $30-$40 million off the film thanks to a very savvy and lucrative payment structure he negotiated years earlier when he signed up for Iron Man I and II. This contract allowed Downey Jr to make significantly more money than his fellow Avengers. RDJ's deal entitles him to a chunk of the profits whenever he appears onscreen as Tony Stark or his super-powered alter ego Iron Man in a Marvel movie. By contrast, his co-stars Chris Hemsworth, Chris Evans, Jeremy Renner and Mark Ruffalo each earned $2-3 million for their performances. Samuel L. Jackson and Scarlett Johansson each took home around $6 million.

After the movie became such a huge financial success, Downey Jr's speculated earnings was raised to $50 million. And now we have confirmation of this enormous payday straight from the horse's mouth. In the most recent edition of GQ magazine, RDJ was asked if he really took home $50 million from The Avengers. Here's how he responded:

These kinds of deals, in which stars get pieces of a film's back end, are pretty rare in Hollywood nowadays. They used to be much more common but are now only given out to truly major players who have a big audience draw like Downey Jr. Another good example is Johnny Depp who earned a total of $250 million for his involvement in the massively successful Pirates of the Caribbean franchise.

Another incredible deal is the contract Jack Nicholson negotiated for the original Batman movie. In order to agree to play that film's iconic villain, The Joker, Nicholson secured a deal in which he would receive a piece of the profits of not only that movie, but any future sequels to the film. Regardless of whether he appeared in them or not. Jack eventually took home more than $100 million without lifting a finger.

In about two weeks Iron Man 3 will be released. Assuming it performs as well as The Avengers and the previous Iron Man films, Robert Downey Jr. could be taking home another massive paycheck. We will monitor the box office results and keep you posted. In the mean time, do you think he's worth it?