The 16 Partners In Jay-Z's New Streaming Service "Tidal" Have A Combined Net Worth Of $2.8 Billion

Yesterday, Jay-Z held a highly-anticipated press conference in New York City to announce the re-launch of his new music streaming service, Tidal. Even if you didn't hear anything about the press conference, today you may have seen some of your favorite artists change their Facebook and Twitter profile pics to a turquoise blue square to mark the occasion. Many musicians also tweeted out "TIDALforALL."

To be honest, it was a fairly awkward event. Jay trotted out 15 of his best musical buddies on stage to pump up the hype and talk about "fair trade." Some papers were signed ceremoniously. Alicia Keys shouted some stuff about fixing music and bringing energy. She also managed to quote the German philosopher Friedrich Nietzsche: "Without music, life would be a mistake." Kanye West predicted that this was the "beginning of a new world." Madonna claimed that Tidal was the solution "a universal LAW." Daft Punk dubbed their group "The Avengers of Music." 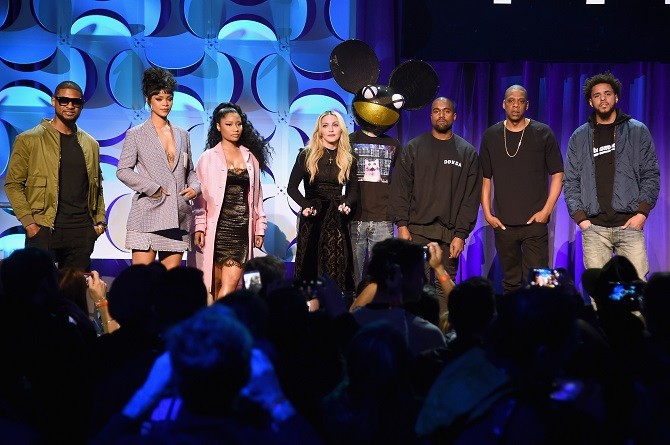 They honestly sounded like they were launching a new religion as opposed to a music streaming service that hopes to somehow compete with industry powerhouse Spotify, Apple's Beats Music, Pandora, and another dozen companies that do pretty much the same exact thing.

In an interesting twist, yesterday it was also revealed that each of Jay's 15 partners had been gifted a 3% equity stake in Tidal. That's 45% of the company. Jay and a consortium of bankers own the remaining 55%. Jay and this same consortium purchased Tidal's parent company Aspiro back in January for $56 million. 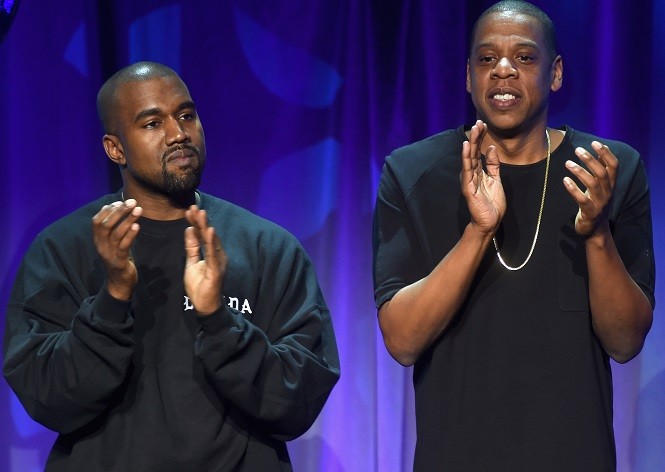 Tidal attempts to differentiate itself from the crowd in two main ways: 1) Tidal offers a slightly higher quality stream of music than competitors (get ready for buffering), 2) Artists will get a larger cut of the revenues.

Oh… and did we mention that these 16 artists have a combined net worth of $2.8 billion? Remind me again how the music industry is hurting musicians?

The Avengers kept repeating that Tidal was "the first ever artist-owned global music and entertainment platform." All snark aside, the concept of Tidal and their two stated goals are admirable on the surface. The problem is their execution. First off, if you want to subscribe to Tidal, the monthly fee is more than double Spotify's equivalent premium offering ($19.99 vs $9.99). Another problem is that the record labels of a bunch of major artists (most notably Taylor Swift and Justin Timberlake) will not be allowing their music on Tidal. There's also no free (ad-supported) version of Tidal. Spotify is free to everyone who is willing to sit through ads and doesn't need to save their music for offline mode.

The Combined Net Worth Of Tidal's Avengers of Music:

So what do you think of Tidal? Are you gonna pay twice as much money to support musicians? Are you happy with the service you currently use? Spotify? Pandora? Beats? Let us know your thoughts in the comments!