Thanks To Fan Conventions, Stars Can Make Hundreds Of Thousands Of Dollars Per Weekend

By Joseph Gibson on October 6, 2016 in Articles › Celebrity News

Not too long ago, appearing at fan conventions for science-fiction and superhero TV shows and movies was considered a sign of a flat-lining career: The money wasn't bad for a couple hours' work, although nowhere near what currently hot stars were making. But a recent Hollywood Reporter story shows how much the business has changed, with top-level stars like Chris "Captain America" Evans appearing with more traditional convention talent like Kevin "Hercules" Sorbo and Lou "The Incredible Hulk" Ferrigno, and sometimes earning hundreds of thousands of dollars in a single weekend.

When you see a star at a convention signing autographs, you can assume that they were paid an up-front guarantee to be there, which can range anywhere from five grand all the way up to $250,000 and even more. It all depends on the star in question's level of fame, and the money gets even bigger when it comes time to sit down and sign, since the star is pocketing all the cash from the autographs (which can cost between $50 to almost $200 a pop) that doesn't go to the convention organizers, photographers, and booking agents. Even better – the autographs are usually paid for on a cash basis, as vividly described in the story by an anonymous regular attendee of these types of events: "I know someone who literally takes garbage bags full of $20s with him back home." 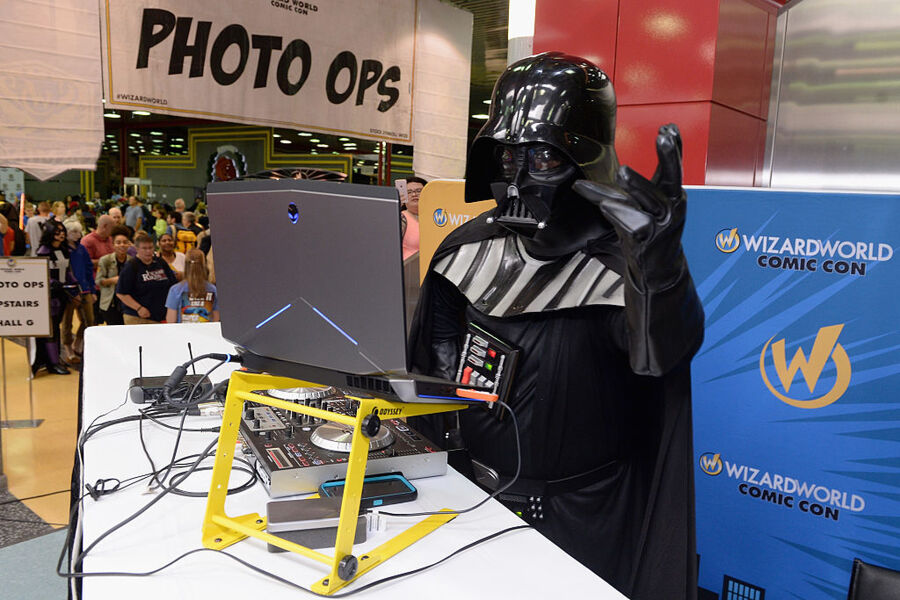 Stephen Amell, the star of TV's DC Comics adaptation Arrow saw the potential in the convention business and decided to take a more proactive approach, forming his own talent agency called WFA Entertainment. By representing himself and other actors looking to maximize the monetary value of their time hanging out with fans, he's encroached on traditional talent agents and found a new revenue stream rumored to be worth $250,000 per weekend (although he denies that figure publicly).

The top talent on the convention circuit today are cast members of The Walking Dead, anybody who's ever played The Doctor on Doctor Who, Star Wars icon Mark Hamill, and Marvel stars like the aforementioned Chris Evans, none of whom have to worry about losing leverage at the negotiating table for their seven- or even eight-figure contracts. Here's Amell:

"The way people used to think about conventions — and some still do — was that it was someplace actors who had fame early on went as almost a last resort. And that's just not true anymore."

There are even reports of actors turning down work to make a more lucrative convention appearance instead, although this is a risk that could backfire later on. If the talent in question gets a reputation for turning down producers in favor of conventioneers, they could be sacrificing future opportunities from those same producers. But Firefly star Jewel Staite gives an idea of why it can be hard to turn down a convention appearance these days:

"Have I turned down smaller jobs that won't pay as much? Absolutely. It would be silly of me to say yes to the job that pays $10,000 for a week of work and bow out of a big convention where I could potentially walk away with $40,000 in two days."