By Joseph Gibson on October 19, 2022 in Articles › Celebrity News

In the world of Hollywood movie stars, personal animosity can carry big financial consequences. Just look at the case of Terrence Howard, who famously starred in "Iron Man" opposite Robert Downey Jr., when the latter was an unproven wild card yet to become one of the biggest (and highest paid) movie stars in the world. Howard stepped away from the franchise after the first movie and his role in the Marvel Cinematic Universe was taken over by Don Cheadle, and life went on happily ever after. Unless you pay attention to a few interviews given by Howard over the years, including one where he said that as he saw it, RDJ had cost him $100 million.

Howard's exit from the "Iron Man" movies came down to money, and from his perspective, promises made by Marvel not being honored. The most detailed breakdown of the situation comes from a 2015 interview Howard gave with Rolling Stone. In it, Howard says that during casting of the first "Iron Man" movie, he took a pay cut of $1 million against his original offer of $3.5 million in order to ensure Downey could get the part that went on to become his signature role. 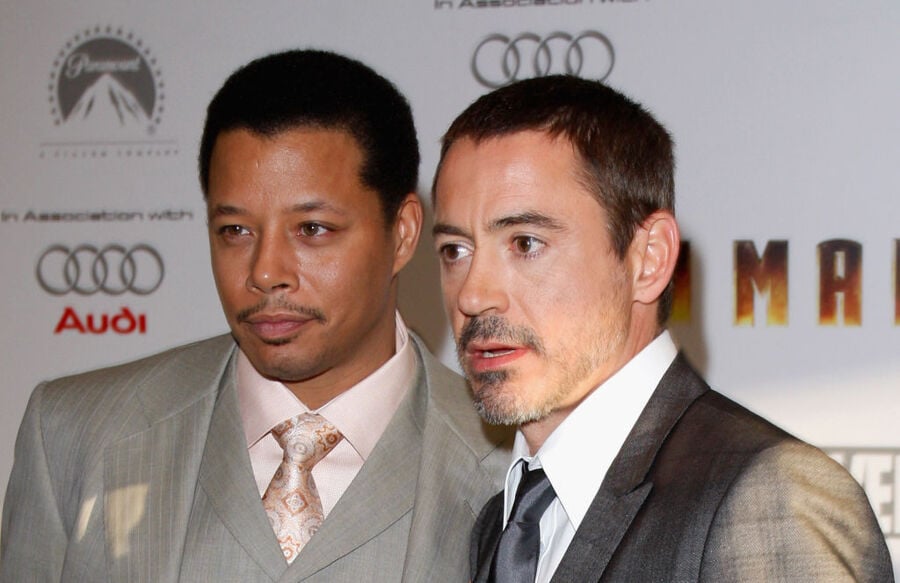 Howard says his deal with Marvel included two additional sequels, but when it came time to make the follow-up to "Iron Man," he says Marvel attempted to stiff him, offering him a mere fraction of the $5 million he was supposed to make for the second movie. Howard claims that he contacted Downey to try to get some help in return for the help he offered on the first movie:

"I called Robby and was like, 'Look, man…' Leaving messages with his assistants, called him at least 17 times that day and 21 the next and finally left a message saying, 'Look, man, I need the help that I gave you."

That help didn't come, and ultimately the whole deal fell through, leading to Howard's part being recast in multiple sequels and related projects – including an upcoming "Armor Wars" feature film that's set to star Cheadle. In Howard's version of events, that amounted to his "handing over" the franchise to Downey alone:

"Guess who got the millions I was supposed to get? He got the whole franchise, so I've actually given him $100 million, which ends up being a $100 million loss for me from me trying to look after somebody, but, you know, to this day I would do the same thing. It's just my nature."

If you accept Howard's claim that he took a significant pay cut to get Downey into the role of Tony Stark, you can then follow the reasoning that all his success (and all those lucrative paychecks) that followed could be traced back to that decision. But Howard also said in an Andy Cohen interview two years after the Rolling Stone piece that the two were on good terms and were no longer feuding – burying a $100 million Stark Industries hatchet in the process!