Tekashi69's Former Booking Agency Denies His Claim Of Being Cheated Out Of $3.6 Million Deal

By Joseph Gibson on November 28, 2018 in Articles › Celebrity News

There appears to be something of a financial scandal brewing in the kingdom of rapper Tekashi69. TMZ reports that the artist's former booking agency, MTA Booking, has gone public to deny his claims on a recent Breakfast Club radio interview that the agency cheated him out of a concert deal worth $3.6 million.

As Tekashi told it, he had a $3.6 million concert deal with MTA, but only actually saw "a couple hundred thousand dollars" of that amount. An MTA rep, on the other hand, wholly denies this, saying that not only was Tekashi not stiffed but that they never had any $3.6 million concert deal in the first place. The agency says that it booked a total of 11 upcoming concerts for the rapper – nine in the United States, two in Mexico – for which he was paid a $700,000 deposit. Then there are the five upcoming dates in Germany for which MTA says he's been paid almost $160,000 in deposits. Not only that, but MTA says that it and Tr3way Entertainment have gone "above and beyond" to meet Tekashi's needs, handling his travel, security, and transportation, even working to make sure the rapper makes all his recent court dates on time. According to the rep, MTA is considering legal action against Tekashi for his comments. 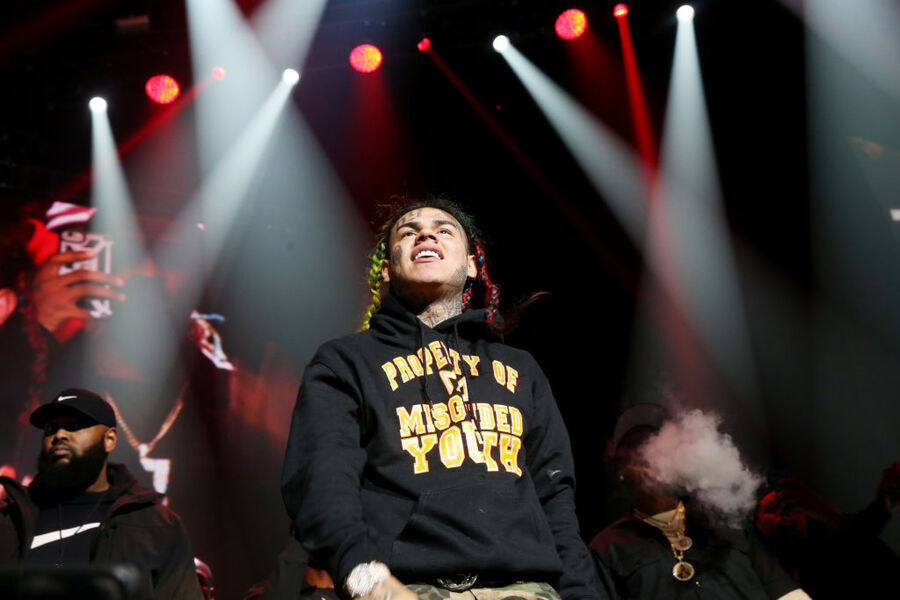 Then things got even more confusing, as Tekashi's lawyer Lance Lazzaro says MTA has it all wrong and they were never authorized to book dates for Tekashi in the first place:

"We have asked [MTA] to show us any contracts with Tekashi69's signature showing they were acting as an agent to book performances on his behalf and they haven't provided us with any to date… Their cooperation has been very limited."

Lazzaro adds: "I would take anything MTA says with a grain of salt." The attorney says that MTA has been asked not to book any more concerts on Tekashi's behalf.