By Joseph Gibson on October 15, 2019 in Articles › Celebrity News

Rapper Tekashi 6ix9ine and his once-and-future record label 10K Projects are evidently both in the no-publicity-is-bad-publicity camp, because TMZ reports that Tekashi and the label have sealed the deal on a new record contract for two new albums once he gets out of prison – and it's reportedly worth more than $10 million.

The $10 million deal is something of a gamble for 10K Projects, since they're basically betting that Tekashi will be out of prison and able to work in the not-too-distant future. The rapper agreed to testify against other members of the Nine Trey Blood gang in an attempt to reduce the initial minimum 47-year prison sentence he was facing on charges of racketeering last year, but it isn't yet known when he'll be a free man. His best case scenario, reports say, is getting the bulk of his sentence removed and being out sometime next year, but even if that happens he'll still have plenty of security concerns to worry about stemming from his actions in court as well as his decision to not enter witness protection in order to continue his music career. 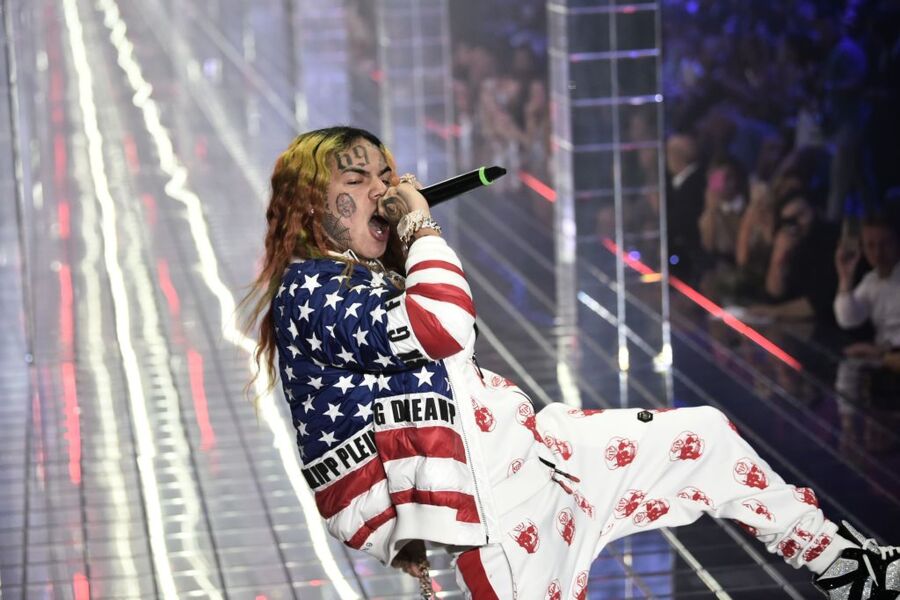 All that notoriety surrounding Tekashi is presumably a factor in this new lucrative recording contract, the terms of which dictate one album in English and another in Spanish, which he'll get paid for putting out after he gets out of prison. And Page Six reports that he's also signed a "multimillion-dollar deal to tour" after he gets out, as well.

As for what the fruits of these deals will be, as well as how future Tekashi 6ix9ine projects will be received, remains to be seen. The rapper's sentencing is scheduled for December of this year, after which he'll know for sure when he's getting out of prison – and when he can resume his work as a recording artist.