Tekashi 6ix9ine Says He Made $5 Million For A Single Livestream

Live music might be currently paralyzed due to the coronavirus, but in its place a new cottage industry of livestream concerts has started to crop up. The industry is still figuring out how to navigate this new landscape, but according to TMZ at least one performer has already signed a massive deal for a single livestream performance in September: rapper Tekashi 6ix9ine.

6ix9ine told TMZ that he's signed a $5 million deal with GlobalStreamNow to perform an hourlong set featuring 12 songs from his upcoming album, which doesn't seem to have a title as of yet. He says he'll also "interact with fans" as part of the deal, but $5 million is still a pretty big payday for one night's work. 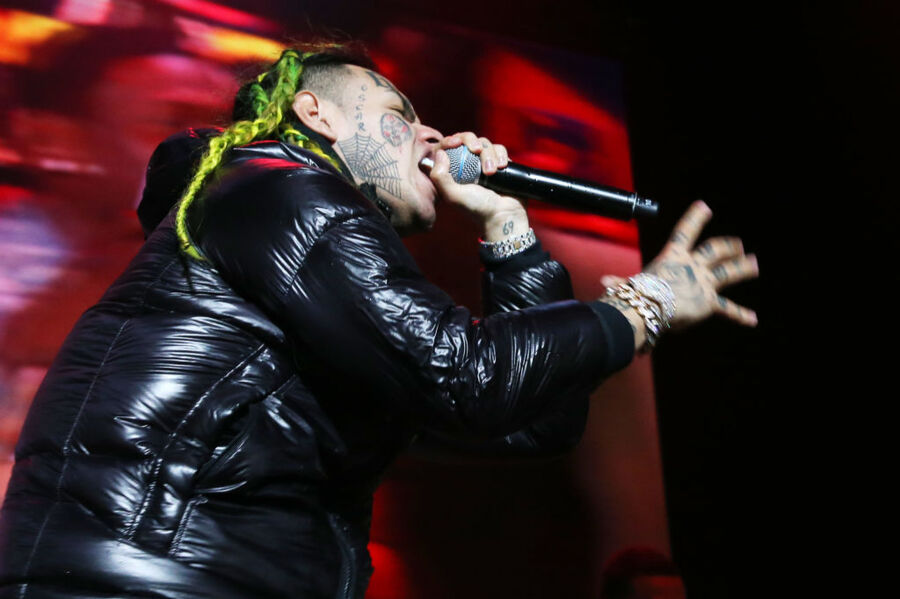 The performance will purportedly be seen on a GlobalStreamNow mobile app, but details seem to be sparse, except for some promotional hype about the visual nature of 6ix9ine's planned presentation. There's also no comment from GlobalStreamNow, so we may never get confirmation of the size of 6ix9ine's contract – but according to him, anyway, he'll make a cool $5 million for the show, which is scheduled for September 5th.

6ix9ine is currently serving the end of his house arrest sentence on racketeering charges following his early release from prison due to COVID-19.