Swedish Pop Sensation ABBA Once Turned Down One Billion Dollars To Do A World Tour. A BILLION FREAKING DOLLARS!!??

By Max Savage Levenson on June 4, 2014 in Articles › Celebrity News

If you were born after the 1980s, it might be difficult to comprehend just how massive ABBA was for about 10 years. In 1974, ABBA was catapulted to the top of the charts after winning the lauded Eurovision song award. That Eurovision award launched an unprecedented run of success that included eight smash hit records and countless hits like "Dancing Queen" "Fernando" and "Money Money Money". The group also wrote the music for the musical "Mamma Mia" which has been selling out theaters worldwide like crazy since the late 90s.

During their career, ABBA has sold over 400 million records worldwide. Believe it or not, that makes them the second best musical group of all time behind The Beatles. When you include solo artists, ABBA is the fourth best selling musical musical act in history behind #3 Michael Jackson (450 million albums sold), #2 Elvis (550 million), and #1 (again) The Beatles (600 million). Each member of ABBA is worth between $200 and $300 million. Yet unlike most other major musical acts of yesteryear (even those that have had extremely bitter breakups) ABBA has never put on a reunion tour. Heck, the band hasn't performed together in more than 30 years! So what would it take to get them to come back together one last time? A truck load of money. Actually, more like a boatload. Actually, you would pretty much need an aircraft carrier full of Money Money Money to make a reunion happen. And even then, the band members would probably say no. Jeesh! How bad was this breakup!!?? 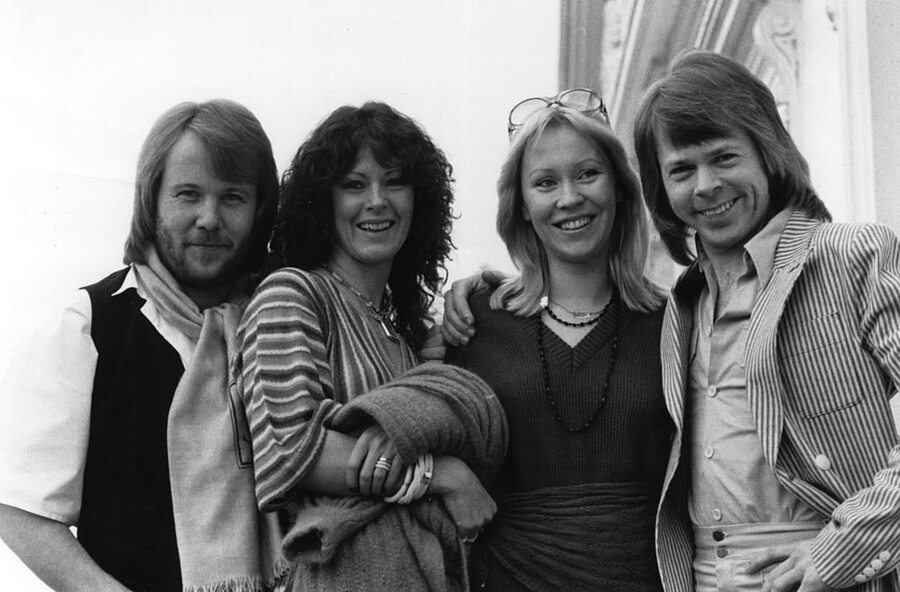 The name "ABBA" is formed by taking the first letters of each group member's first name (Agnetha, Benny, Björn and Anni-Frid). The group members were also married. Fältskog was married to Ulvaeus and Lyngstad to Andersson. Both marriages eventually collapsed at the peek of the group's fame, in 1979 and 1981, respectively.

Two months ago, Bjorn Ulvaeus and Frida Lyngstad, who form one half of ABBA, appeared at London's Tate Modern art gallery to celebrate the 40th anniversary of their hit "Waterloo". Partygoers sang "Happy Birthday" to Ulvaeus and Lyngstad, ate hot dogs and drank beer (an ABBA fan tradition). The group then then sang along to their favorite songs during an ABBA-themed disco party. But there was one question on everyone's mind: Would ABBA ever bury their hatches and reunite??? 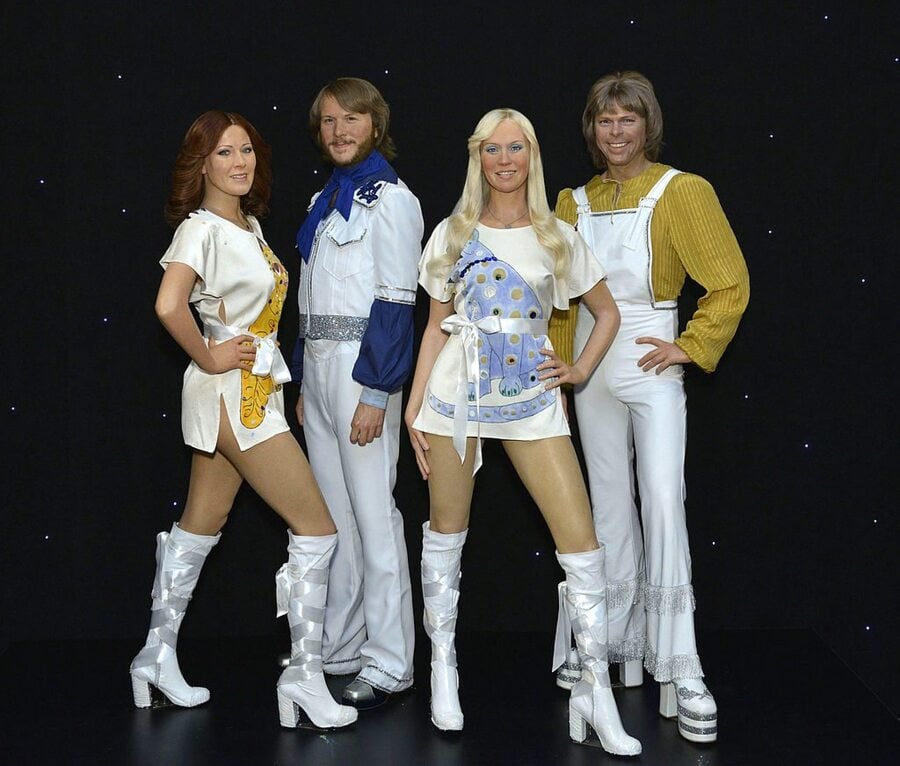 Reunion tours are nothing new. Sometimes fans love them (Pavement), sometimes fans are a bit dubious (the Backstreet Boys + New Kids on the Block "super" group NKOTBSB) and sometimes things start with the best of intentions but then drag on for far too long (the Pixies). They can be successful, like the Eagles 1995 Hell Freezes Over reunion tour, which brought the band tens of millions in fresh revenue. But they can also soil a band's reputation. For a band as successful as ABBA, how do you make it worth their while?

Well, you could offer them $1 billion.

Yes, you read that right. Back in 2000, a British-American consortium offered ABBA $1 billion dollars to perform 100 shows around the world. That's $10 million per show. If they played for two hours, that's $5 million an hour. That's over $80,000 per minute. I don't care how much you hate someone, it's been 30 years! Go out and get that money! I mean come on! I would literally share a hotel room with my worst enemy on the planet for 365 days straight, if it meant I could walk away with a hundred million dollars. Or more!

But, as crazy as it sounds, ABBA said no. Not "maybe", or, "we'll think about it", but a flat-out "no". When asked why, vocalist Frida Lyngstad responded:

"No amount of money would change our minds. Maybe we sometimes say it would be good to do a song together again, just a recording and nothing else, but I don't know if that will happen – so don't say that we will."

Benny Andersson, co-leader of the group, added in a statement to the Swedish tabloid Aftonbladet:

At the party at the Tate Modern, Bjorn Ulvaeus pointed out:

"We have never made a comeback. Almost everyone else has. I think there's a message in that."

Maybe ABBA has a better sense than most of their aging bodies – each member is now in their late sixties – it's hard to imagine that they can dance like they used to (or that if they can, it wouldn't be a pretty sight). Even though they claim to have reconciled their inter-band drama (and divorces), maybe they simply have no desire to get back on a stage together. Maybe they simply don't wont to show up wearing the crazy jumpsuits that they wore with such gleeful pride forty years ago. Or maybe they just all have plenty of money and another $50 or $100 million after taxes isn't that interesting. Whatever their reasoning, ABBA is on to something that countless musicians have a hard time understanding: Sometimes things are best left the way they are (ahem…Guns & Roses).