What Happens When An Athlete Realizes He's Worth More Money Injured Than Healthy? The Strange Story Of Pro Golfer Anthony Kim.

By Brian Warner on September 23, 2014 in Articles › Celebrity News

There comes a time when every professional athlete will face the difficult decision of giving up their beloved sport and retiring forever. Knees give out, backs ache, reflexes slow down. Rookies pop up left and right gunning for your job. When it is time to call it quits, hopefully every pro athlete finds himself or herself looking back at a very long career full of amazing memories, accomplishments and big paychecks. Everything we just mentioned is exactly what makes the story of professional golfer Anthony Kim so unusual. Anthony is 29 years old and should be in the prime of an amazing career. Instead, Anthony is a ghost who may be facing a very unique dilemma. What happens when a (reportedly) healthy professional athlete, in the prime of his life, wakes up one day and realizes he's worth way more money staying "injured" forever?

Early Life And Rise To Stardom

Anthony Kim was born on June 19, 1985 in Los Angeles, California, the only child of Korean immigrants. Much like Tiger's father Earl Woods, Anthony's father Paul loved golf and dreamed that his son would someday become a pro. Paul pushed his son to practice relentlessly but there weren't a lot of good golfing opportunities near their home in the Koreatown section of Los Angeles. So what was their solution? At 16, Anthony moved into his own apartment 130 miles away in La Quinta, California (near Palm Springs). He attended La Quinta High School and continued perfecting his golf game. This unusual arrangement seemingly paid off when Anthony was awarded a full ride scholarship to the University of Oklahoma.

As a side note, if Anthony Kim is particularly interesting to you and you would like to learn more about him, I should mention that some of the anecdotal information in this article comes from this fantastic article on Golf.com by Sports Illustrated writer Alan Shipnuck. 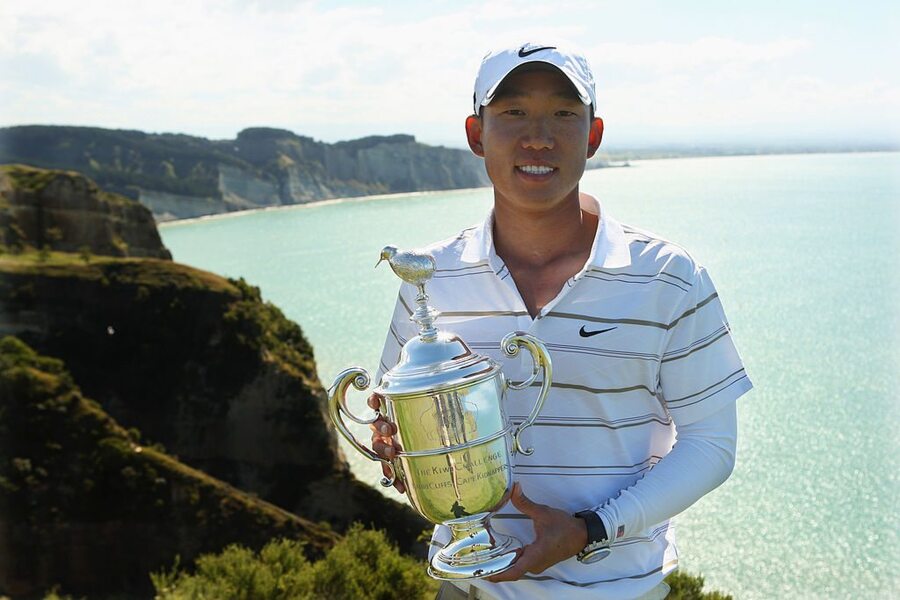 Anthony attended Oklahoma for three years before turning pro in 2006 at the age of 21. In his very first tournament, he tied for second and took home $300,000. By the end of his first year, Anthony finished in the top 10 of four different tournaments. Very respectable stats for a rookie. He entered the 2007 US Open in 57th place and ended up shooting the second lowest round of the tournament. He walked away ranked 20th in the world.

Anthony won his first PGA tour in May 2008 at the Wachovia Championship. His score still stands as the lowest in that tournament's history. He won a second PGA tournament a month later, making him only the second American under the age of 25 to win two PGA tournaments in one year since Tiger Woods in 2000. When Anthony proved to be a critical component in the United States' 2008 Ryder Cup Victory, many analysts started calling him the next big thing in golf. He jumped up to #14 in the world rankings.

Anthony Kim boosters who were predicting greatness were not disappointed when he went on to set the record for most birdies in a single round at the 2009 Masters Tournament in Augusta. In April 2010, he won the Shell Houston Open. That win made him only the fifth player in the last 30 years to win three PGA tournaments before the age of 25. One week later, Anthony finished third at the 2010 Masters, taking home $510,000. 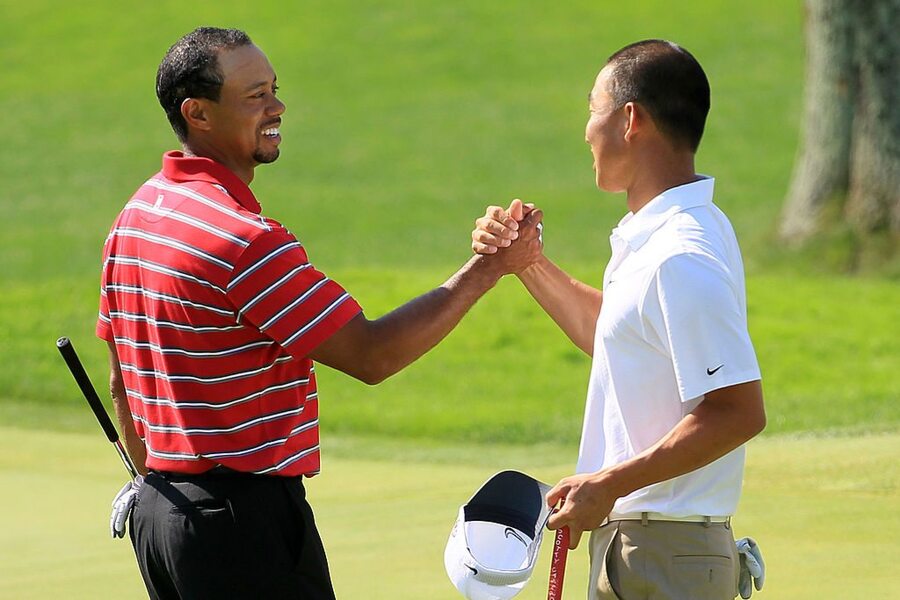 Between 2006 and 2011, Anthony earned $12.17 million on the course. He also earned several million from an endorsement deal with Nike (that is technically still active to this day). He earned $6 million from his Nike deal in 2009 alone, and Anthony's highest earning year on the course was 2008, when he took home $4.6 million. That was enough to make him the sixth highest earning golfer in that year. Just four short years later, Anthony's career fell off the map. He went from earning over $1 million in 2011 to earning just $34,000 in 2012. He has earned no money in 2013 or 2014. Today, we here at Celebrity Net Worth estimate Anthony Kim's net worth to be $10 million dollars.

The reason Anthony stopped earning so abruptly is that beginning in 2012 he started to have problems with his wrists and elbows. In June 2012 he had surgery to repair the Achilles tendon in his left leg. The surgery was expected to put him on the sidelines for 9-12 months. It has now been over 24 months.

He was technically eligible to play in the 2013 season, but did not appear in a single event that whole year. In April 2014, it was reported by the Golf Channel that Anthony no longer plays golf at all. Even on a recreational level.

Throughout his career, Anthony has been dogged by rumors that he enjoys the nightlife. Anthony allegedly stayed out until the wee hours of the night before major PGA tournaments. Anthony admits that he like to party, but has denied his cavorting ever took place so close to a tournament. He was also allegedly a frequent patron of several Dallas strip clubs where he was known by all the girls as a very generous tipper.

Anthony bought a Bentley and a 10,000 square foot $2.3 million mansion in Dallas for him and his entourage.

One night in Vegas, Anthony allegedly threw a party for two dozen friends and picked up a tab that included 115 different bottles plus a $25,000 bottle of Dom Perignon. He then mysteriously pulled out of the tournament that brought him to Vegas in the first place. He blamed the withdrawal on problems with his thumb.

Disability Insurance: To Play or Not to Play. That is The Question.

In the Golf.com article, writer Alan Shipnuck interviewed several people very close to Anthony, because Anthony himself refuses to talk to the media at this point in his life. Some of Anthony's closest acquaintances insinuate that the golfer might not actually be hurt anymore. As a matter of fact, he might be perfectly healthy. So what's holding Anthony back from returning to the PGA tour? A very unique dilemma.

Anthony Kim reportedly has an insurance policy that is worth $10 million tax-free, but it only kicks in if his injuries prove to be career-ending. Actually, the policy could be worth more according to an anonymous friend who claimed: "It's significantly north of [$10 million]. Not quite 20, but close. That is weighing on him, very much so. He's trying to weigh the risk of coming back. The way he's phrased it to me is, 'If I take one swing on Tour, the policy is voided.'" 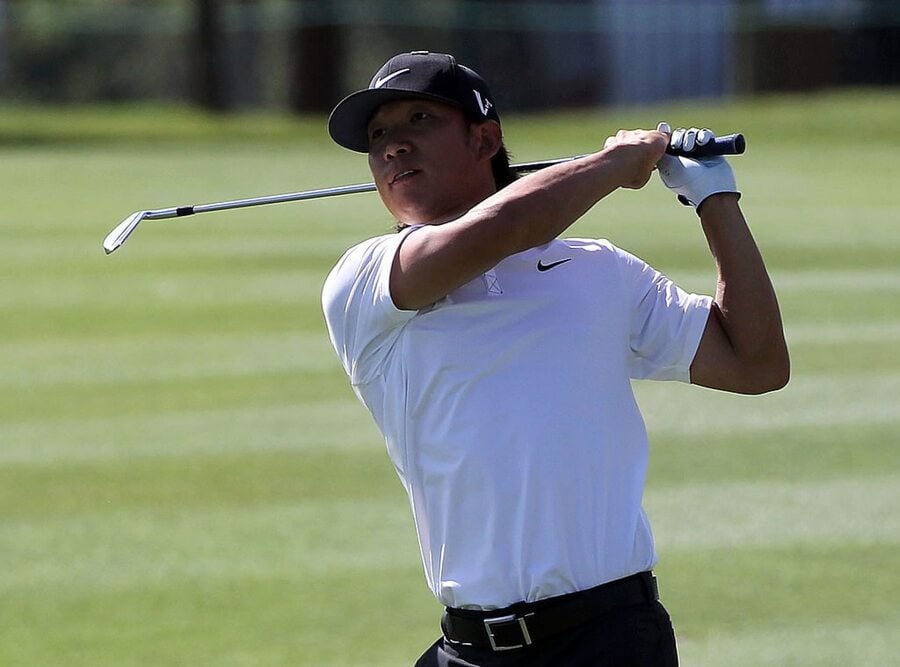 So that is the unusual dilemma Anthony Kim faces today. The unfortunate reality is that he might actually be worth WAY more money injured than trying to mount a career comeback. Assuming the policy is worth $17 million tax free, if Anthony re-joined the tour he would have to earn $35-40 million on the course and from endorsements to have the same amount of money after taxes. That could be a very difficult task considering how long he has been away from the game and the fact that, at 29 years old, he's becoming "old" for a professional athlete. It certainly doesn't help that he hasn't swung a club professionally in nearly two years. To gain a bit more perspective on the dilemma, in the last six years, 38 year old Tiger Woods has earned $32 million on the course, and to match an insurance policy of $17 million, Anthony would have to bring in more money than that.

What would you do if you were Anthony Kim? Would you try to mount a big comeback or would you take the insurance money and run? A big part of the problem is that Anthony seemingly doesn't want to come back. According to his anonymous friends, Anthony might rather spend his time watching TV and going on last minute vacations to exotic beaches.

It's not clear yet what Anthony Kim has to do to prove that he is permanently injured and therefore qualify for the insurance money. Even if a doctor says he appears healthy, Anthony can always just say his back hurts and he can't swing. It would be impossible to prove him wrong. What would absolutely disqualify him is if he suddenly started playing round after round of golf all over the world, even just for practice. This may be the exact reason why he suddenly finds himself worth more money watching TV than out swinging a driver.