By Brian Warner on December 16, 2014 in Articles › Celebrity News

On Sunday, New York Magazine published its 10th annual list of "Reasons to Love New York". According to their list, one of the reasons to love New York this year is the fact that a 17 year old high school student named Mohammed Islam has managed to day trade his way to a $72 million personal fortune. The actual title of the article was "A Stuyvesant senior made $72 million trading stocks on his lunch break."

The article, which is peppered with braggadocious/cliche references to movies like Wall Street and Wolf of Wall Street, follows Mohammed and his buddies as they hit up NYC nightclubs and order caviar and apple juice. The boy genius has reportedly been so successful with penny stocks that hedge funds are lining up to give him hundreds of millions of dollars to manage, as soon as he turns 18. He supposedly bought an apartment in NYC that his parents won't let him live in alone, and a brand new BMW that he can't drive because he doesn't have a license. His stated goal is to make a billion dollars within the next year and become as influential as the Koch brothers. Does it get any better than that???

As you might imagine, I immediately thought this story was going to be perfect for Celebrity Net Worth. Before I even read the actual article, my brain had already begun to craft my own super clickable headline. Something like "While His Classmates Pop Zits, This High School Kid Pops Bottles With $72 Million". I mean, who wouldn't read that article??? There was just one problem. When I finally read the full NY Mag article about Mohammed, I had a very distinct gut feeling that something was missing, or very off. The article felt unusually light on facts and did not include any evidence substantiating his actual $72 million net worth. The more I thought about it, the whole thing just seemed too good to be true. And that's because it was. 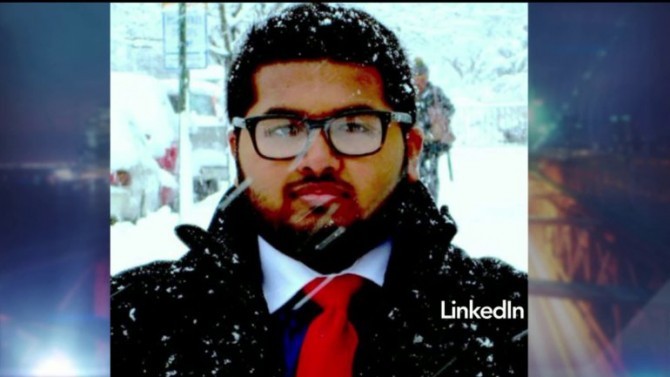 So, exercising a little bit of journalistic caution, late Sunday night I decided not to write about the high school gazillionaire day trader and instead went to bed. When I woke up Monday morning, I felt like a huge idiot because pretty much every major news outlet in the world had decided the story was good enough to print. People Magazine, The Daily Mail, Vanity Fair, Fox News, New York Daily News, CBS Market Watch, Time Magazine… the list goes on and on. I could have had my own version up a full 12 hours earlier!

That was Monday morning. By Monday afternoon, a few holes in this otherwise perfect internet story started to appear. Those holes soon turned to huge cracks. By Monday evening, everything had completely unraveled and both Mohammed Islam and NY Magazine were running for cover.

The story really started to fall apart when reporters from CNBC reached out directly to Mohammed with some very tough questions. Those questions either went unanswered completely or were downplayed by Mohammed himself and a person who was supposedly the co-founder of his "investment club". At this point reporters started to reach out to NY Magazine and the author of the original article Jessica Pressler. Pressler claimed that Mohammed provided a NY Magazine fact checker with a bank statement that showed his net worth was in the "high eight figures". She also claimed that someone else came up with the article's headline and that she never actually said that the teenager had $72 million in the article, just that it was a rumor going around school. She even had the audacity to say that NY Magazine wasn't a "financial publication" and therefore shouldn't be held to the same scrutiny and standards that were being thrown around.

NY Mag eventually changed the title of the article to "Because a Stuyvesant Senior Made Millions Picking Stocks. His Hedge Fund Opens As Soon As He Turns 18". But that wasn't enough. Everything continued to unravel.

Side note: One week ago it was announced that starting next year, Jessica Pressler will leave NY Magazine to take a new job at Bloomberg News. At Bloomberg, she will be in charge of the publication's financial investigative unit. Ooof.

By late Monday afternoon, Mohammed decided to cancel a highly-anticipated on-air interview with CNBC. A few hours later he finally admitted that he made the whole story up. He was never worth $72 million. He was never even worth "eight figures". He has never actually traded in the stock market with real money. The only trading he had ever done was on a simulated portfolio site.

NY Magazine has since added a big disclaimer to their article and issued a very embarrassing public apology that ends with the following:

"We were duped. Our fact-checking process was obviously inadequate; we take full responsibility and we should have known better. New York apologizes to our readers."

As for Jessica Pressler, no word yet if she will still be leading Bloomberg's financial investigative unit next month. I do want to say that I feel sort of bad for her. She definitely should have done a better job fact checking, but I also completely understand how easy it is to get caught up in a story that seems so perfect at first and will surely bring massive amounts of pageviews. After all, it almost happened to me in this exact example!