By Marvin Jules on December 16, 2017 in Articles › Celebrity News

Steve Harvey is one of the most recognizable figures in the world of television. The 60-year-old comedian has accomplished a lot over the course of his illustrious career, but the work he does through his foundation, the Steve and Marjorie Harvey Foundation, may be what he is most proud of. Last week though, Harvey was hit with a big lawsuit from someone who claims he wasn't paid for the work he did for the foundation.

Vincent Dimmock filed a lawsuit against Steve Harvey for refusing to pay him commission for the amount of money he raised for Harvey's foundation. According to the lawsuit, Dimmock was hired by Harvey this past April to raise $20 million for Harvey's foundation, along with other ventures, and was promised 12.5 percent of everything he brought in. Dimmock claims in the lawsuit that he was about to get access to major entertainers, high-level executives, politicians, and a former President. Dimmock says that he did end up getting pledges for $20 million. 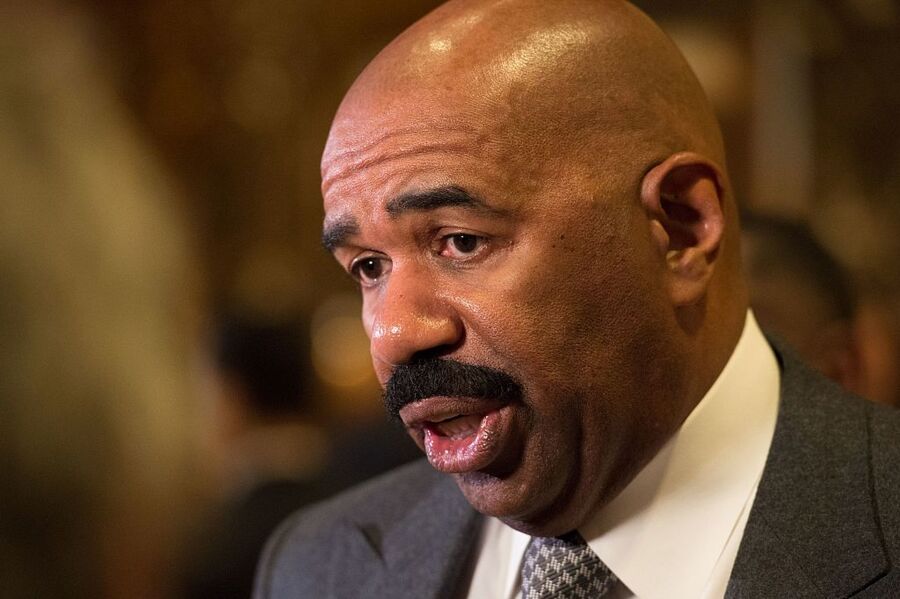 Dimmock claims in the lawsuit that after he delivered on the first $1 million, Harvey refused to pay him the previously agreed upon commission. Dimmock also claims that after setting up a meeting between Harvey and an investor, the 'Family Feud' host proceeded to speak negatively about a number of prominent figures in the meeting. According to the lawsuit, Harvey blamed Oprah Winfrey and Tyler Perry for giving him bad financial advice, and blamed Barack Obama for his "disastrous meeting with Donald Trump."

According to Dimmock, Harvey's foundation was struggling financially as a result of public relations mistakes made by Harvey, including his meeting with Trump. The mission of the Harvey's foundation, according to its website, "is to ensure that the needs of the whole child are met through the development of programs and support of community-based organizations that foster excellence in the areas of health, education and social well-being within urban and ethnically diverse communities."

Unfortunately, Harvey is no stranger to lawsuits. The comedian was hit with a $60 million lawsuit from his second ex-wife, Mary Harvey, this past May. Harvey's ex sued the host for child endangerment, torture, conspiracy against rights, kidnapping, breach of contract and intentional infliction of emotional distress. There has yet to be a ruling in that case.