Well that didn't take long. Just two days after Shelly Sterling (estranged wife of racist slumlord billionaire Donald Sterling) announced that she was accepting offers from people who wanted to buy The Clippers, a deal is signed, sealed and delivered. It is now being reported that former Microsoft CEO Steve Ballmer has just bought The Clippers for a mind-boggling $2 billion. That's a full $1 billion more than most industry analysts predicted. What's even more insane is that less than a year ago, most industry experts valued The Clippers at just $430 million. Ballmer just topped that estimate by $1.57 billion.  At $430 million, The Clippers were the 18th most valuable team in the whole league. The #1 team was the NY Knicks which were valued at $1.3 billion at the time. So what are the Knicks worth now??!!

$2 billion dollars sets the record for most money ever spent to purchase an NBA team. The previous NBA price-record was actually set last month when the Milwaukee Bucks sold for $550 million. $2 billion is also just $100 million shy of breaking the record for highest price paid for any North American sports team. That record is held by fellow Los Angeles team, The Dodgers, which sold for $2.1 billion in 2012 to a group of investors led by Magic Johnson. Spanish soccer team Real Madrid was recently named the most valuable sports team in the world at $3.3 billion. Surely that number is low now too? 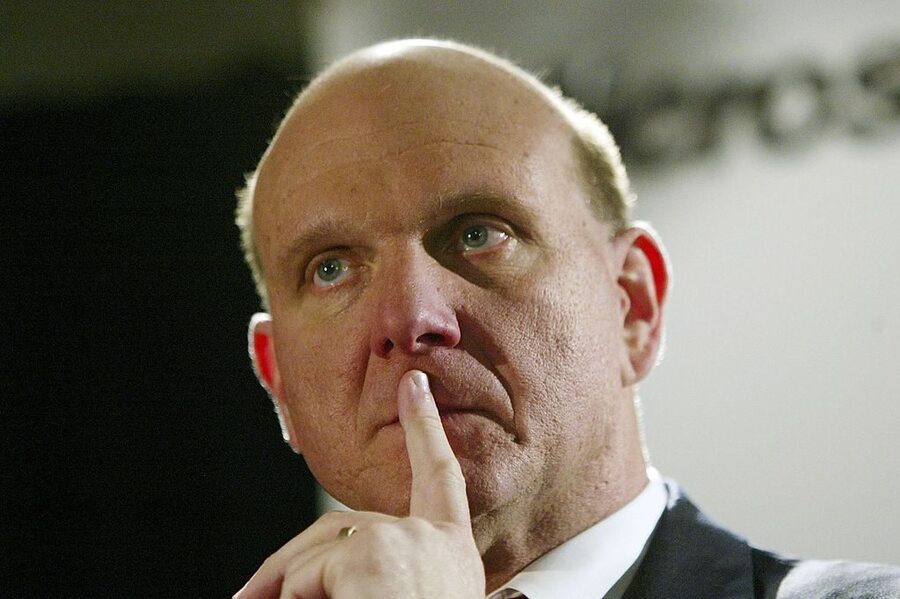 Ballmer, who has a net worth just shy of $20 billion, easily topped all the other bids made for The Clippers. The second highest bid, $1.6 billion, came from a group of investors led by music mogul David Geffen. Geffen's group also included Oprah Winfrey, Larry Ellison and Steve Job's widow Laurene Jobs. A third bid of $1.2 billion came from a group led by asset manager Antony Ressler (founder of Ares Management LLC, and husband of actress Jami Gertz). No word yet on what LA's richest citizen, Dr. Patrick Soon-Shiong, ended up bidding.

If the deal successfully closes, Shelly Sterling will also be entitled to five VIP Clippers parking spaces, two floor seats for all home games and three championship rings if the team wins any future title.

Now comes the hard part: Convincing Donald Sterling to take the money and go hide under a rock for the rest of his life. Sterling, who still technically must approve of the deal, will walk away with a massive profit if he agrees to shut up and take the money. Sterling purchased the San Diego Clippers in 1981 for $12.5 million. That means he is about to earn a $1.987 billion return on his investment. That's roughly $1.3 billion after taxes. Not a bad consolation prize for being publicly exposed as a racist and ostracized from the NBA.

Update! On May 30, 2014, Donald Sterling was declared mentally incompetent to have any voice in the sale of The Clippers. According to the trust agreement that oversees all Sterling family assets, if two qualified doctors determine that either Shelly or Donald are mentally incapable to conduct business affairs in a "reasonable manner" then he or she will lost their ability to make decisions. The doctors who examined Donald determined that he is currently suffering from Alzheimer's disease. This should pave the way for Shelly Sterling to sell The Clippers to Steve Ballmer without any roadblocks. Donald does still have the right to request an appeal of the doctors' opinions.