By Joseph Gibson on October 30, 2018 in Articles › Celebrity News

Stephen King has one of the most famous names in fiction, and he's especially well known for the movie and TV adaptations of his novels and short stories. Carrie, The Shining, and last year's IT are just some of the most famous blockbusters based on his work, and there are countless more of varying degrees of quality out there as well as in the works. That means that film rights to something he's written can go for big bucks, but a group of film students out of Wales have secured those rights to one King short story for the sum of just one dollar.

The story is "Stationary Bike," which according to its official synopsis on King's official site is about a man named Richard Sefkitz, who buys a stationary bike on the advice of his doctor. Then:

"To help alleviate the boredom, he buys maps and plots a route from New York to Herkimer, a town on the U.S./Canadian border, each day marking the amount of miles he has 'ridden' towards his goal. He also paints a scene of a road on the blank wall in front of the bike to help him imagine actually traveling the road. As he nears Herkimer (according to the miles plotted on his map, at least) and has gotten in great shape physically, he begins having strange thoughts that there is someone following him on his daily rides."

Mashable reports that 16-year-old Alfie Evans and 14-year-old Cerys Cliff of Blaenau Gwent Film Academy have their sights on the story, for a production that will likely involve about 30 students altogether. Tutor Kevin Phillips explains how the rights were secured for the low, low price of a buck, and it was probably simpler than you think:

"We knew already that Stephen King was excellent at supporting education establishments. [And] we came across this website where, actually, he releases many of his short stories for adaption, you know non-profit of course … We pretty much emailed his secretary, Margaret, and she came back to us in 24 hours, and we told her what we wanted to do, that it's not for profit, that our students would be making it, and she sent us a contract through which was signed by Stephen King himself." 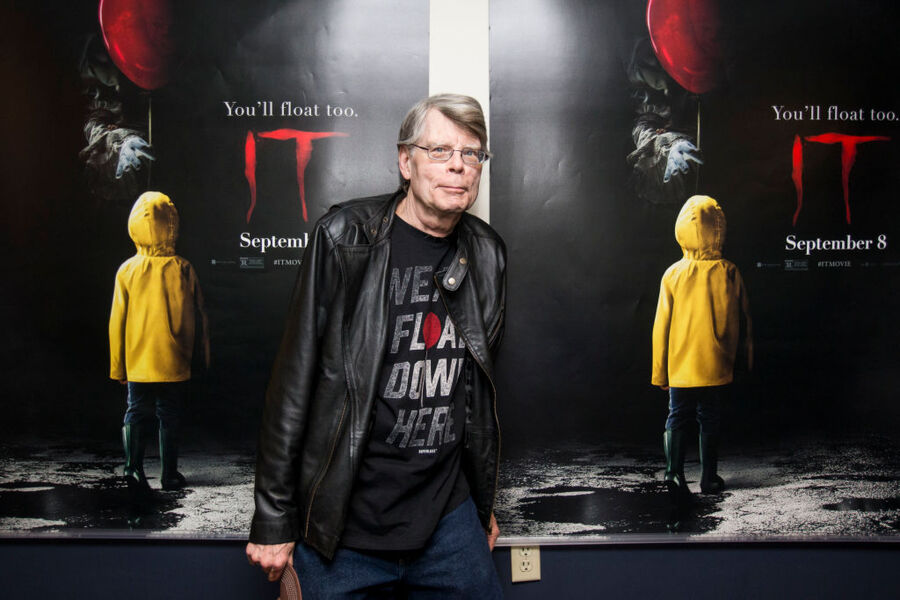 The website Phillips mentions is part of King's own official site called "Dollar Babies," which is a list of King's stories not optioned for any major movie or television adaptations. As a kind of public educational service, King offers these stories up for just a dollar, a practice he reportedly started back in 1977 towards the beginning of his success in writing.

In addition to the dollar fee, Phillips says the contract has one other major condition to satisfy King:

"They insist that we send him a copy. That was part of the contract — Stephen always loves to see the work and please send him a DVD when it's all complete."

The most notable alumnus of King's "Dollar Babies" program, so far, is Frank Darabont, who put together a student production of "The Woman in the Room" in 1983. After that, he went on to become a major Hollywood filmmaker, continuing his association with King, writing and directing three features based on King's stories that you're almost certainly familiar with: The Green Mile, The Shawshank Redemption, and The Mist.