Why Is Stephen Colbert Making Soooo Much LESS Than His Fellow Late Night Hosts?

Now that Stephen Colbert has made the jump from basic cable to network television, you would think he would be making more money than he ever has before. In reality, the opposite is true. As the host of The Colbert Report, Stephen was making a salary of $6 million per year. As the new host of The Late Show, he will only be making $4.6 million each year. Why would he agree to this?

Compared to his fellow late-night hosts, Colbert is getting kind of a raw deal. Conan O'Brien is high man, making $12 million a year, while Jimmy Fallon and Jimmy Kimmel are right behind him making $11 million and $10 million, respectively. Before retiring, David Letterman was making $30 million to do the exact job Colbert is doing now. Jon Stewart, Stephen's old mentor, was making $25 million before he retired back in August. 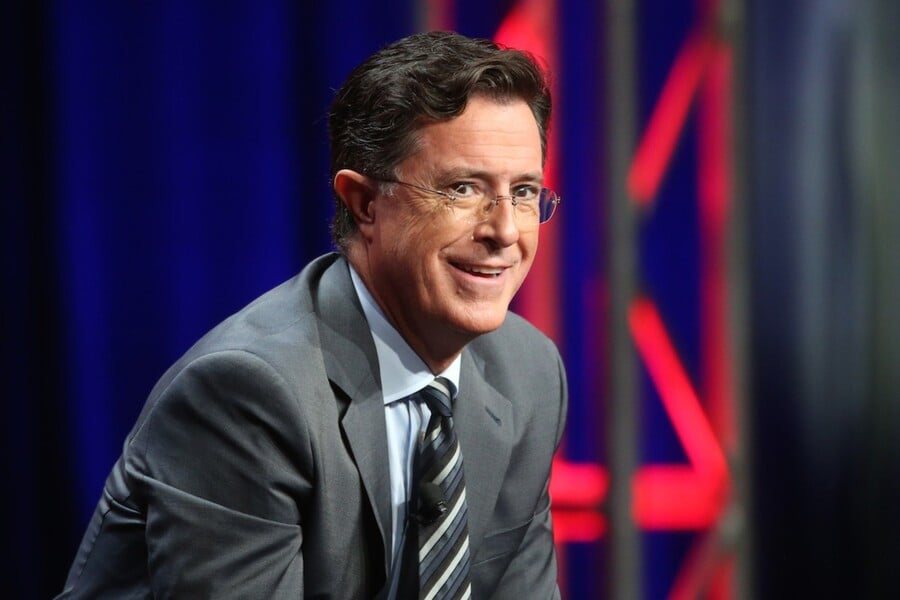 The late, great Johnny Carson made $25 million back in 1980. That's the equivalent of $72 million today with inflation!  Perhaps Colbert can one day become the highest paid late night talk show host, like Conan O'Brien is now. It seems that Colbert is following Conan's lead, as O'Brien started out hosting the Late Night show on NBC, working on short, 13-week contracts until he proved himself in the time slot. And once that happened, he went in for the kill and made the really big demands.

The big wigs at CBS are hoping that Colbert will bring in a younger demographic and increase advertising revenue. Ads for late night shows actually rose by a bigger percentage than those for primetime TV in the most recent season. In the past year, advertisers spent nearly $600 million for broadcast network late night talk shows, which was up 14% from the previous year. CBS is hoping that Colbert's younger audience will come with him from Comedy Central. David Letterman's average viewer was 58.2 years old while viewers of the Colbert Report were 16 years younger at 42.3, which made his the youngest audience of any late night broadcast or cable television series. Colbert also does well online and one particular episode of The Colbert Report in late 2014 alone had more than 3.5 million streaming views, which is three times the average live TV viewership of his show in the same time period.

Stephen Colbert does not need a huge salary quite yet; he is doing well with his net worth of $45 million. If he can establish himself as a mainstay on CBS, he will likely get a nice raise after his current three year deal expires. Colbert started out his career in improv and was part of Second City. The Colbert Report started in 2005 and won an Emmy Award and a Peabody Award. Colbert himself has won three Emmy Awards as a writer on The Daily Show and a Grammy Award for A Colbert Christmas: The Greatest Gift of All!  As a writer, he co-authored the book Wigfield: The Can Do Town That Just May Not and authored I Am America (And So Can You!) which reached number one on the New York Times Bestsellers List.