Stephen Colbert just did something incredibly shocking. No, it's not a PR stunt for his upcoming takeover of David Letterman's Late Show. It doesn't even have anything to do with comedy. But it did make a lot of teachers very happy…

Yesterday, Stephen Colbert announced that he was going to fully fund every single teacher grant request from his home state of South Carolina. The grant requests were made through an educational crowdfunding site called DonorsChoose.org.

Through this site, donors can choose a category to help out teachers with their requests. Colbert took care of all the requests from South Carolina teachers in areas like art, science, math, field trips, and books. The announcement of this amazing gift was made at an elementary school in Greenville, SC where Colbert appeared on a live video feed.

So just how much did all of this giving amount to? The total was right around $800,000! Colbert and his charitable partners took care of nearly 1,000 requested projects. They helped over 800 teachers at roughly 400 schools. 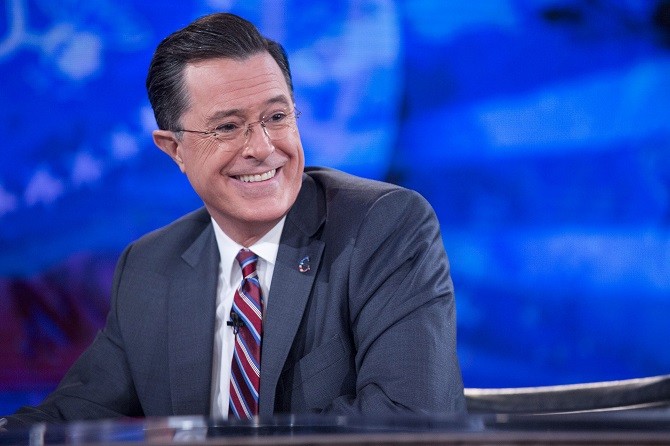 So what made him choose to give to teachers and schools in South Carolina? Colbert was a student in the South Carolina public school district and is a native of the state. He has done very well for himself, with a current net worth of $45 million.

Even though his act is very generous, Colbert did not have to reach into his own pocket for all of the money. He actually used money that was generated when he auctioned off the desk and fireplace from the set of The Colbert Report. The auctions earned over $300,000 which was then matched by The Morgridge Family Foundation as well as ScanSource. In addition to their generous donation to South Carolina schools, Colbert donated the other half of the money that was raised to the Yellow Ribbon Fund, which works with injured military members.

The school system's new money was spread around many projects, but the most expensive request was for 28 standing desks and five desk cycles which cost almost $15,000. Other purchases include $10,000 for a sousaphone, $10,000 for 20 gold iPad minis, 30 Chromebooks, 20 iPads, a 3D printer, and a bass trombone. When you start looking at what was actually funded, you might have to wonder if all of this money was well spent meeting the needs of the students. Either way, there is no arguing that Stephen Colbert did a great thing for South Carolina schools and many people in the state will be tuning in to the Late Show with Stephen Colbert in September!