Despite that terrific run, NFL scouts are understandably skeptical of Cardale's potential. After all, three games is a very small sample size to judge a player's long term talents. But at the same time, there are a number of NFL teams that desperately need fresh talent in the QB position. And desperate times call for desperate measures. In the sports world "desperate measures" means MONEY. So should Cardale Jones strike while the iron is hot and enter the draft? Or should he stay in school and try to enter in a future year with an even bigger contract? 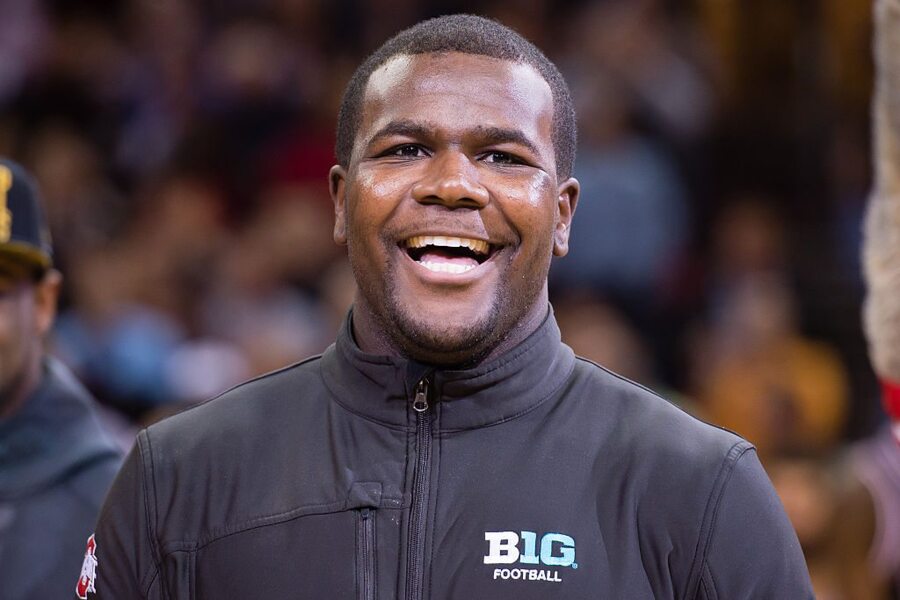 While Jones excelled in those three games, had he entered the draft he was still only projected to go in the second or third round. Spoiler alert, yesterday Cardale announced that he was going to return to Ohio State for another season. So his decision has been made. But was it the right decision? Oh, and did we mention that Cardale just had baby? How does that affect this decision?

That "second or third round" sentencing in the previous paragraph is a gray area for prospective pros. Second rounders can still make some good cash: Xavier Su'a-Filo, a guard from UCLA and the first pick of the second round, signed a contract worth $4 million in guaranteed money. Derek Carr, who was taken three picks later by the Oakland Raiders (the first QB in the second round), is making $3.3 million in guaranteed money. That's millions of dollars in the bank, no strings attached. Donezo. You're a millionaire, potentially for life if you play your cards right.

On the flip side, if you fall to the third round, or even the end of the second, the contracts do get a lot smaller. T.J. Fiedorowicz, the first pick of the third round, is only making $700,000 in guaranteed money. Even Jimmy Garoppolo, who was taken three picks before Fiedorowicz, or the third-to-last pick in the second round, is making just $1.1 million in guaranteed money. Granted, that's not a bad deal, since he's backing up Tom Brady, but it's still a paltry amount compared to early second-rounders.

Jones can hedge his bets by taking out an insurance policy on the upcoming season, but he stands to make a lot more money by playing another season and entering the draft next year aiming for a higher spot. If he can bump his stock up to the first round–particularly the first half of the first round–he stands to triple his potential earnings, or even more: Zach Martin, the 16th pick in the 2014 Draft, got $9 million.

It could get even sweeter for Jones: the top three picks last year signed contracts worth an average of $21.4 million in guaranteed money. There are always a few teams who could use a quarterback, and if Jones proves to be among the elite at the college ranks, he'll make a very comfortable living for himself. All for staying an extra year in school. Time to hit the playbooks.

But then there's one more question at play: Will Cardale Jones even be the starting QB next year at Ohio State? Keep in mind that he was the THIRD STRINGER this season! What happens to his future draft prospects and earning potential if he isn't Ohio State's starter?