It Started Out As A Hot Dog Stand In A Dilapidated NYC Park–Today Shake Shack Is A $1.7 Billion Public Company

By Brian Warner on January 30, 2015 in Articles › Celebrity News

Americans love hamburgers. Most of us would eat them for breakfast, lunch, and dinner if it were a socially-acceptable option. Had America been founded in recent years, we would probably have put a cheeseburger on the flag. Instead of a soaring bald eagle, our national symbol would likely be an image of a burger, fries and a Coke (we imagine Coke would outbid Pepsi for the naming rights, at least for the first century). You get it. We are fans of burgers. But you know who probably loves burgers more than anyone else? Shake Shack CEO Danny Meyer. Why is that? Well, not only are burgers incredibly tasty, they also just made Danny $360 million richer.

I live in California, so I'm not all that familiar with Shake Shack. The "fast casual" burger chain has 63 locations around the world, 31 of which are company-owned in the US and 5 are domestic franchises. Most of the US locations are concentrated in the east coast. The company also has 27 locations franchised internationally and located in the Middle East, Turkey, Russia and the UK. As of this writing, you can eat at Shake Shack in Abu Dhabi And Kuwait City, but not in Los Angeles or San Francisco. That may change soon though, thanks to the company's phenomenally successful (so far) initial public offering, which happened just today. 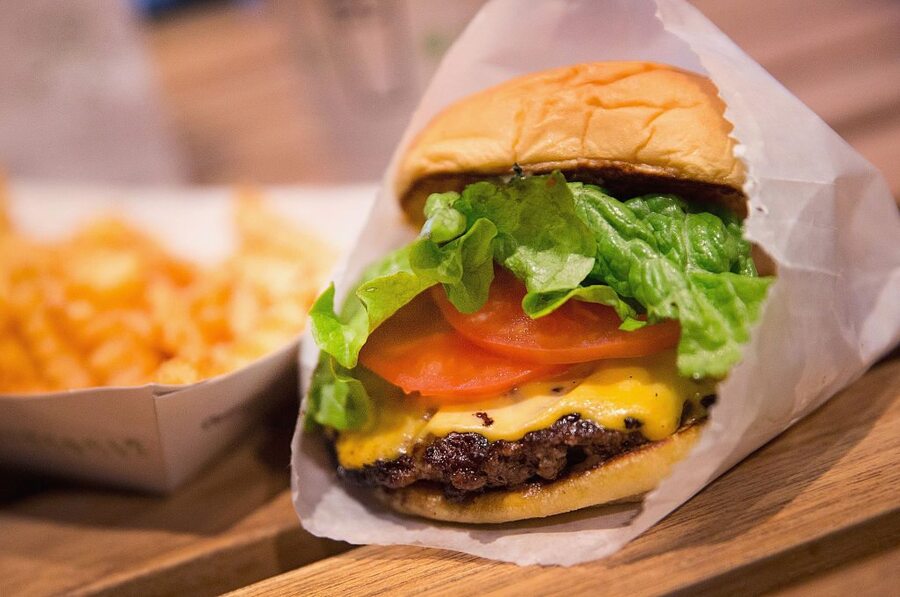 Impressively, Shake Shack started as a hot dog cart in New York City's Madison Square Park in the year 2000 (Conan!). At the time, Madison Square Park was known for being kind of shabby and abandoned. In order to revitalize the park, a local restaurant entrepreneur named Danny Meyer set out to revitalize the park. Meyer was the CEO of a company called Union Square Hospitality Group. USHG owns and operates more than a dozen successful restaurants around Manhattan, most notably the Union Square Care, Gramercy Tavern and Blue Smoke. 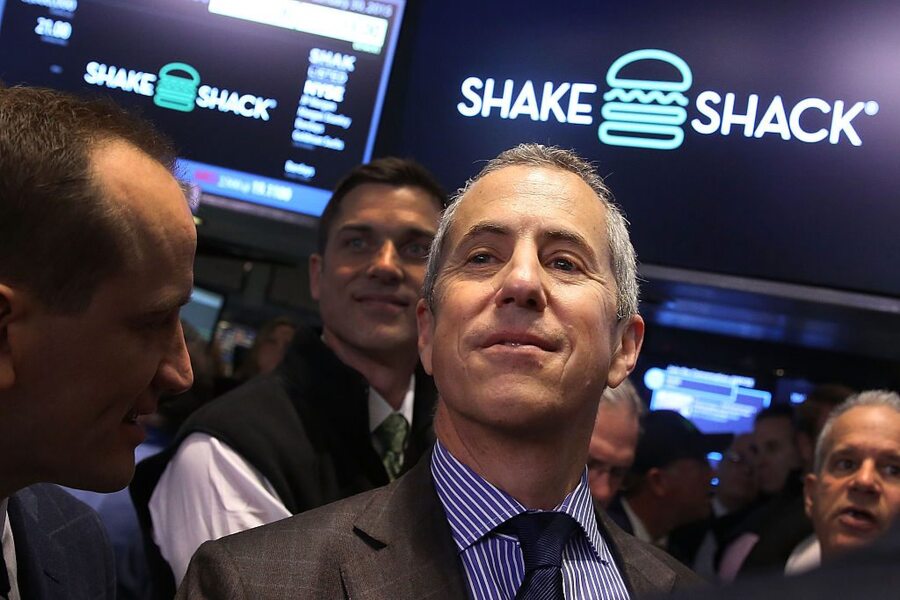 In order to revitalize the park, Danny Meyer formed the Madison Square Park Conservancy. The Conservancy cleaned the park up and began hosting weekly art exhibits and other high-brow events. Meanwhile, USHG opened a modest hot dog cart in the park. Within a few years, the park made a huge turnaround. In 2004, New York City began accepting bids to open a full kiosk-style restaurant within the park. Meyer's plan for a burger joint called "Shake Shack" was selected as the winner. 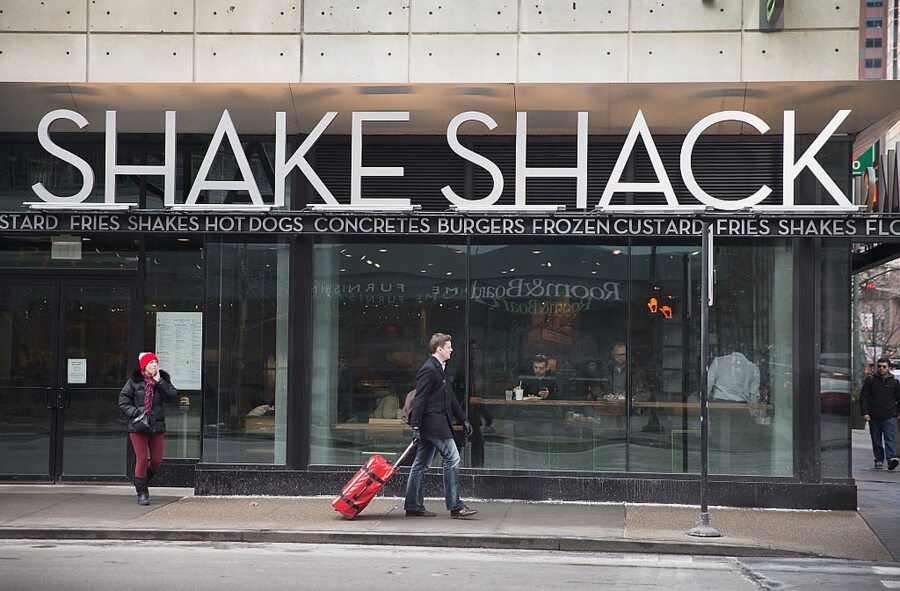 Meyer and USHG never intended for Shake Shack to be anything more than a single location, but as sales and popularity grew, they began to think bigger. The gradually opened more locations around New York City, and then expanded into neighboring states.

Shake Shack debuted on the NYSE earlier today under the ticker symbol "SHAK." The initial price set before the opening bell was $21 per share. Just a few weeks ago, the stock was priced internally at $14-15. When public trading opened up, the stock was already selling for $47, a 124% pop. Within a few minutes, the stock jumped to $52, then dipped back down to the current price of $48.5. At this level, the company's market cap is $1.7 billion. Not bad for something that started out as a hot dog stand!

With this explosive success, USHG CEO Danny Meyer is having a very good day. Meyer currently owns 21% of Shake Shack which means his net worth just increased by $360 million.

Now if you'll excuse me, I really need to go buy a hot dog stand.