You've probably heard that things are not going super well for Marvel creator and beloved mascot, Stan Lee. Stories have been swirling around the 95-year-old superhero creator that would seem far-fetched in a Marvel comic book, the most lurid being the accusation that a quantity of his blood had been stolen from him and used to make ink for signing unauthorized collectibles. That, and a few more mundane charges, are included in a lawsuit recently filed by Stan against his former business manager Jerardo Olivarez and reported on by TMZ.

The lawsuit accuses Olivarez (described as one of many "unscrupulous businessmen, sycophants and opportunists" who the suit characterizes as having descended upon Lee after the death of his wife Joan last summer) of ordering a nurse to extract some of Stan's blood, which was reportedly later used to sign a few old issues of the newly popular Black Panther series with a "Hand-Stamped Signature of STAN LEE using Stan Lee's Solvent DNA Ink," apparently without his consent. It also charges Olivarez with swindling Lee out of more than $1.4 million "through a series of complicated wire-transfers all initiated" by Olivarez, and partially through forged checks. 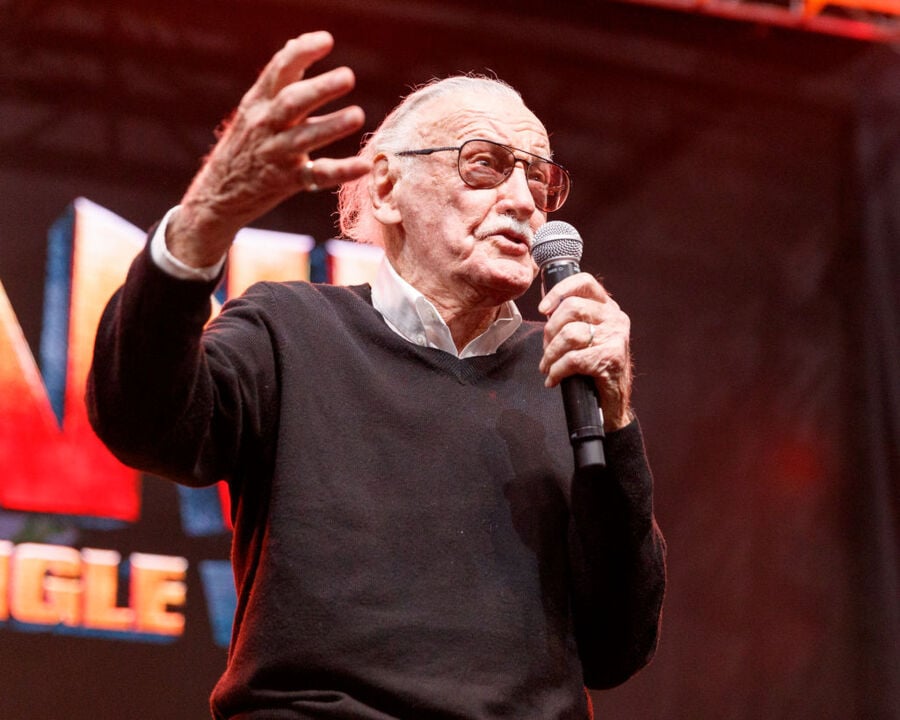 Lee accuses Olivarez of purchasing a $850,000 West Hollywood condo in Lee's name without his OK, while the suit also mentions a forged check for $300,000, ostensibly for a loan towards a nonprofit that turned out to be fake. He says Olivarez convinced him to fire both his longtime attorney and banker before signing over power of attorney to Olivarez, all in bad faith. Then there's the damage Lee says Olivarez caused his personal brand by coercing him into bad deals that cheapened the value of his famous name and likeness.

For all this, Lee is reportedly seeking some $20 million in damages from his former business manager.