Stan Lee Net Worth: How Much Was The Marvel Mastermind Worth At The Time Of His Death?

By Brian Warner on November 12, 2018 in Articles › Celebrity News

Comic book genius Stan Lee just died at the age of 95. His creations revolutionized the comic industry and would eventually allow Hollywood to earn billions upon billions of dollars. In collaboration with other artists, he created or co-created Spider Man, the Fantastic Four, Doctor Strange, Daredevil, Black Panther, The Incredible Hulk,  Iron Man, Ant-Man, Thor and the X-Men. The movies based on his creations have earned a staggering $25 billion+ at the global box office. So what did all that success do for Stan? What was Stan Lee's net worth at the time of his death today?

Stan was very wealthy, but perhaps not as wealthy as you might assume considering the empire that was eventually built off his creations. At the time of his death today, we estimate that Stan Lee's net worth was $50 million.

If that's lower than you'd expect, you're not alone. In a March 2014 Playboy interview, Stan was asked how much he had financially gained from his involvement in Marvel over the years, especially after the company was sold to Disney for $4 billion in 2009. Lee's response was:

When asked if he thought that was fair considering George Lucas, who is similarly prolific, is worth $7.3 billion, Stan replied:

"George Lucas did it all by himself. He came up with the ideas. He produced the movies. He wrote and directed them and held the rights to the merchandising. It was all his. In my case I worked for the publisher. If the books didn't sell, the publisher went broke—and a lot of publishers did go broke." 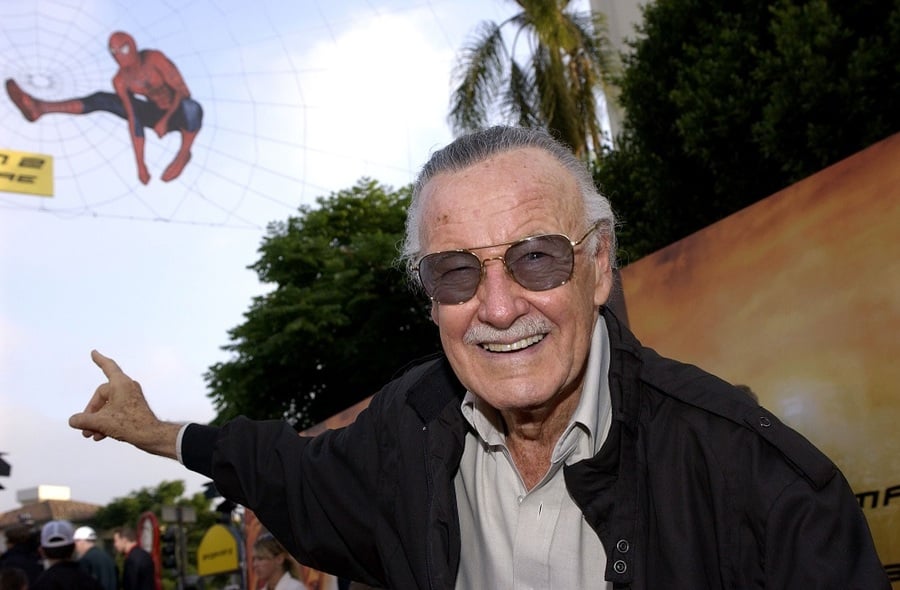 Despite not benefiting in a major way from Marvel's sale to Disney, Stan wasn't exactly hung out to dry. As part of the transaction, Disney agreed to continue paying Stan a lifetime salary of $1 million per year.

For 40+ years, Stan lived in a modest two story home on a street that over time became one of LA's most desirable locations. His neighbors include Dr. Dre and Leonardo DiCaprio. An average house on this street can easily list for $20 million. In June of this year, his direct next-door neighbor sold a similar-sized (but vastly more updated) property for $29 million. He owned at least one other home in the same neighborhood which he bought for $4.4 million in 2016. And that was after selling a different home in the same neighborhood for $2.8 million.

He also had an extremely valuable art collection including original work not only from himself but from artists such as Salvador Dali, Roy Lichtenstein, Joan Miro and Pablo Picasso. The value of these works in the right market could significantly increase Stan's estate. If Stan still owns some of his earliest comic creations, each one could be worth huge sums of money. In 2012 someone paid $203,150 for a mint condition first issue of The Fantastic Four.

What Could Have Been:

Stan Lee's net worth could have been exponentially higher if a legal battle in the early 2000s had gone his way. In November 2002 he sued Marvel arguing that the company had failed to honor a contract that promised him 10% of all profits generated by film and television projects based on his creations. A judge initially sided with Stan but eventually a settlement was reached where Stan was given a one-time payment of $10 million.

Believe it or not, at the time Marvel movies were not particularly profitable and $10 million might have been seen as a big win. For example, thanks to a complicated studio and financing partnership, Marvel actually lost money on several movies that generated huge sums of money at the box office.

The first big budget movie based on his characters, 2000's X-Men, earned $130 million in North America alone. The 2002 movie "Spider-Man" earned $400 million and 2004's "Spider-Man 2" earned $800 million. Unfortunately for Marvel (and Stan), both Spider Man movies were technically made by Sony Pictures after Marvel sold Sony the rights. So Marvel's cut of the profits was effectively ZERO on both movies. Marvel did make some money thanks to a few licensing and merchandise deals, but nothing substantial.

Had Stan been able to secure even 5% of the profits based on his characters, he would have easily been one of the highest paid people in Hollywood every year. Though it's also very likely that Disney either would have bought him out of that contract or never would have agreed to buy Marvel because of that arrangement.

Either way, Stan made out OK and no one can deny that he was an absolute genius on the level of Walt Disney. He may be gone, but his creations will live on forever.