Spanish Government Charges Lionel Messi With Tax Evasion. What Other Athletes Have Had Embarrassing Tax Problems?

It's been a rough summer for Lionel Messi. One of the greatest active players led his native Argentina to the championship game of the World Cup, only to lose to Germany. Adding to his pain, recently, it came out that both Lionel and his father Jorge will be charged with tax evasion by the Spanish government. The two Messis are accused of defrauding Spain of roughly four million euros ($5.5 million at the time) between 2006-09 by hiding the money behind a complicated web of offshore shell companies. The Spanish economy is still struggling to recover, so it makes sense that they would want every penny of Messi's $65 million dollar income. When the charges first came to light, Messi's father desperately attempted to absorb all the blame and consequences. Unfortunately, last week a Spanish court decided that Lionel could also be held liable. The trial will take place later this year and so far there is no word on what potential punishment Spain could hand down to Lionel. Hopefully this will end with a small fine and a slap on the wrist.

Keep in mind that this is hardly the first time an athlete has run into trouble with Uncle Sam–or Tio Samuel, in Messi's case. The good news for Messi is that several stars who also faced major tax problems have gotten out of their situations relatively unscathed. Let's take a look at how some other athletes fared when they tried to fudge their tax numbers. 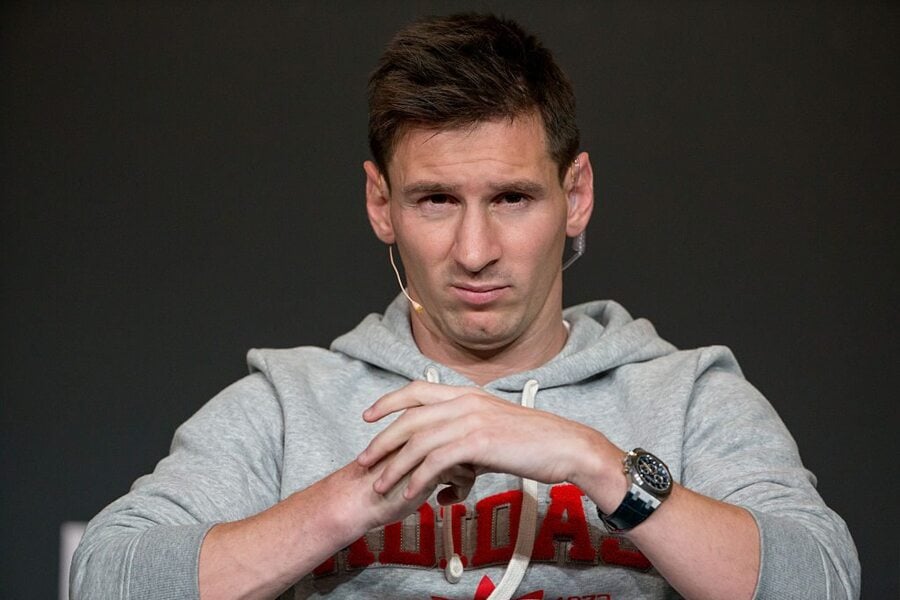 The two-time Indy 500 winner and "Dancing With The Stars" champion was accused of conspiracy and tax evasion, along with his sister and lawyer, between 1999 and 2004. The damages were $2.3 million, mostly revolving around income from a sponsorship deal Castroneves had with the Brazilian firm Coimex and a licensing agreement with Penske Racing. Castroneves, his sister Katiucia and his attorney Alan Miller each faced more than six years of jail time if they were convicted, but in 2009 they were all acquitted.

Bonds is well-known for his home run records, which of course have that asterisk of happening during the steroid era. He was called before the BALCO grand jury back in 2003, where he admitted he took steroids, but didn't know what they were at the time. He was indicted in 2007 for perjury and obstruction of justice.

Bonds was also charged separately on tax evasion in 2006. His former girlfriend, Kimberly Bell, testified that Bonds had given her over $80,000 in cash from memorabilia and autograph sessions. None of that income had been declared. After threats of moving forward with the investigation, the prosecution finally dropped their tax case. As for the perjury charge? Bonds was sentenced to 30 days of house arrest, two years of probation and 250 hours of community service.

Already banned from baseball due to betting on games, Rose isn't making any friends with the IRS, either. He was convicted of tax evasion charges (including not filing for winnings he made betting on horses) in 1990, and served five months in a medium-security prison. He was released after paying $366,041 on back taxes and interest. In 2004, Rose again found his wallet a little lighter after he was hit with a $1 million lien, again for not paying his taxes. Seems like the "Charlie Hustle" nickname doesn't apply in Rose's financial life.

The Hall of Fame linebacker was well-known for his off the field antics during his playing career. Drugs, alcohol, call girls–you name it, LT was probably involved. You can also add not paying taxes to the list: From 1990 to 1992, Taylor admitted he didn't pay $83,000 he owed. Despite a judge who ensured Taylor wouldn't receive any special treatment for being a celebrity, the punishment wasn't too bad. As part of a plea bargain, Taylor avoided jail time, and was intead sentenced to 90 days of house arrest, five years of probation, 500 hours of community service and a $10,000 fine.

Easily one of the best guest stars The Simpsons has ever seen, Mr. Strawberry was a pretty good baseball player, and a pretty good tax evader, too. Unfortunately, the IRS put him under the microscope in 1994 for tax fraud. After being convicted, Strawberry had to pay $350,000 in back taxes. He also served three years of probation, six years of home confinement, and was required to complete 100 hours of community service.

There seems to be a common theme of "several off-field issues" tying a lot of these athletes together, huh? One of Simpson's lesser-known problems is owing the state of California $1.4 million in back taxes. In fact, the state was so irritated that it put Simpson on its list of most delinquent citizens. While public shaming still hasn't gotten the job done, Simpson has been in prison since 2008 for unrelated charges of felony–including armed robbery and kidnapping–and will have to serve at least four more years before he has the chance for parole.

Tax troubles aren't easy on everyone, though. Becker, the former No. 1 tennis player in the world, was accused of failing to pay $1.7 million in taxes from 1991 to 1993. The German listed his priority residence as an apartment in Monaco, rather than Munich. Despite receiving professional advice that he should not be doing that, Becker thought he could fool the government. He couldn't, and after a 10-year investigation, he was finally sentenced to two years probation, and fined an additional $500,000.

Becker was estimated to be worth nearly $146.5 million during his playing days, but thanks to the expensive court fees and child support, much of that fortune has drifted away. If you ever find yourself in Becker's shoes, it's probably a wise idea to listen to an expert who deals with money for a living.