By Brian Warner on June 8, 2015 in Articles › Celebrity News

When most people think about Snoop Dogg consuming a mind-altering recreational drug, they think of him rolling up endless blunts made with the finest marijuana known to man. Snoop loves weed so much that back in April he invested in an a marijuana delivery startup called Eaze. Snoop was one of four investors who put together $10 million for the company to become Uber-for-weed. But, contrary to what you might assume, THC isn't Snoop's exclusive chemical of choice. The rapper also has been known to enjoy good old fashioned alcohol to take the edge off. Typically in the form of beer. And when Snoop reaches for a beer, he reaches for a Colt 45. So what does this all have to do with Pabst Blue Ribbon? And why is Snoop now suing PBR? You're about to find out…

Earlier today, Snoop (real name is Calvin Broadus), filed a lawsuit in Los Angeles superior court against Pabst Blue Ribbon. In case you didn't know, in addition to making PBR, Pabst also owns Colt 45. Or at least they did until last November when the entire company was acquired by a Russian investor conglomerate. 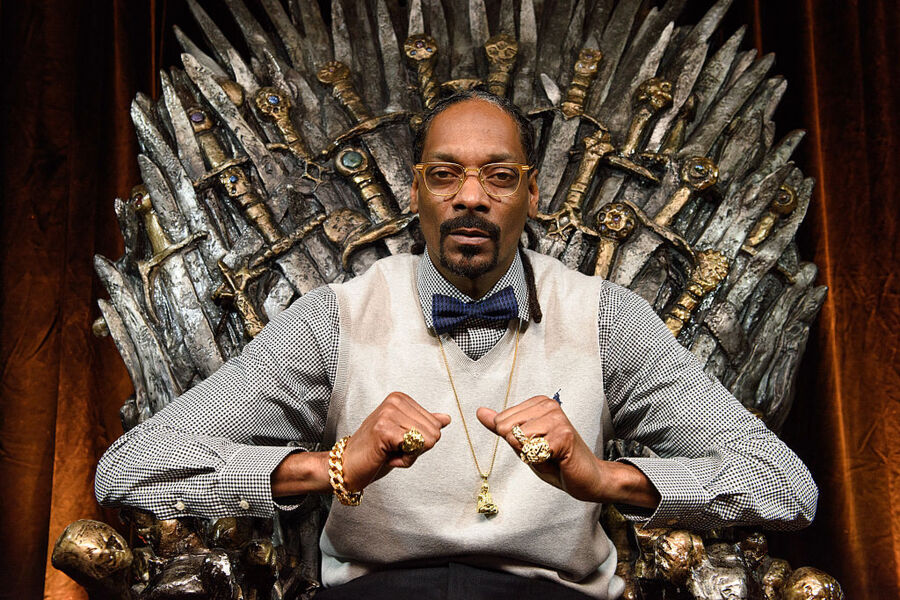 What does that sale have to do with Snoop? Well, it all starts back in 2011 when Snoop signed a three-year endorsement contract with Colt 45 to become the official spokesman for the brand's fruit-flavored line of malt beer "Blast by Colt 45." As spokesman, Snoop DJed several PBR parties, made a bunch of live appearances, and played concerts that were sponsored by Pabst brands. He was given a one time upfront fee of $250,000 plus $20,000 every 10 times he mentioned the brand on social media. He also appeared in this video campaign for Colt 45 called "Keep It Colt 45":

According to the lawsuit just filed, in the event that Pabst was acquired, or if the company separately sold off Colt 45, Snoop would be entitled to a portion of the sale price. Specifically 10% of the value of Colt 45. This entitlement was reportedly supposed to last through January 2016.

It's unclear how much Colt 45 was valued out in the $700 million deal, but today insiders are estimating that Snoop is seeking a minimum of $10 million.

The lawsuit was filed just a few hours ago, so there's not much else to report. Pabst has not made a public comment yet. If you want learn more about the history of Pabst and how a group of investors flipped the company for a $450 million profit in four years, read this article.