Six Celebrities Who Have Had Terrible Tax Issues

Today is April 15th, AKA tax day in the United States. Hopefully by now you've scrambled to get your taxes done and filed. However, if you're more like one of the six celebrities on this list, you're unconcerned or actively plotting to delude the IRS. Why do they do this? I don't get this celebrity tax issue, I just don't. They make plenty of money, should have their own LLC or Corporation set up, and also have reputable business and financial managers to stay on top of quarterly tax payments, filing annual returns, etc. And yet, time and time and time again we hear about celebrities that have run afoul of the IRS. Is it because they believe they deserve special treatment? Sometimes. Is it because they've overspent and can't pay Uncle Sam? Sometimes. In fact, the reasons celebrities run into trouble with the IRS run the gamut. The following six celebrities owe (or have owed) the IRS a lot of money for unpaid income taxes. Some are newcomers to IRS trouble or first time offenders, and others, like Nic Cage, have been in and out of trouble with the Internal Revenue Service time and time again. One thing is for sure though, there's no outrunning the IRS and these celebrities will have to pay up sooner or later. As the saying goes, the only two things you can count on in life are death and taxes. 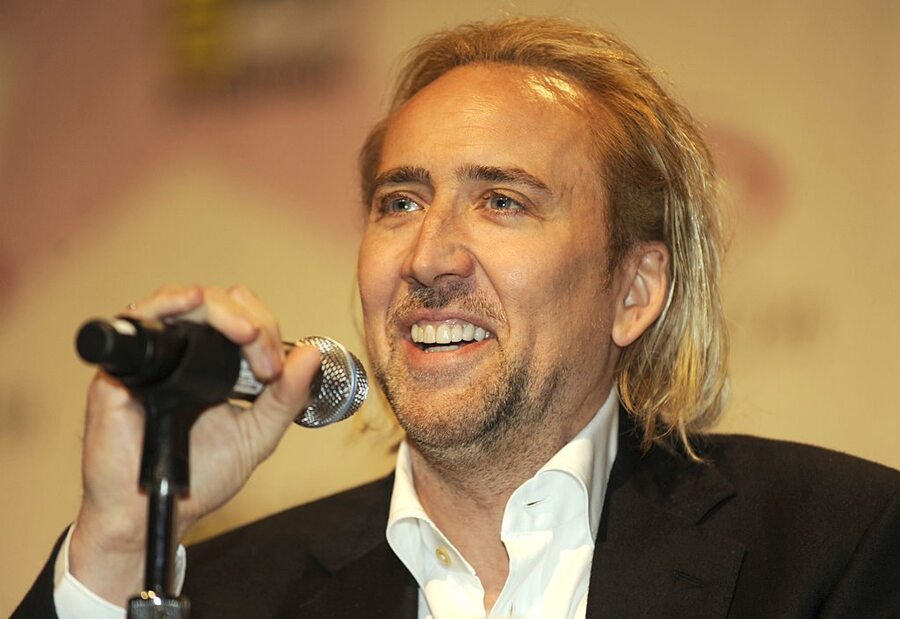 It's hard to imagine now, but back in the 1990s Wesley Snipes was a hot action star with a string of box office hits. And then he decided he didn't have to pay taxes. He allegedly "cooked" his books, altering the details to get out of paying income taxes. In 2004, Wesley Snipes was charged with conspiracy to defraud the United States, one count of knowingly making or aiding and abetting the making of a false fraudulent claim for payment against the United States, and six counts of willfully failing to file federal income tax returns. Snipes allegedly filed amended tax returns for 1996 and 1997 that claimed a combined refund of over $11 million under the tax protester theory called the 861 argument which said he was not liable for tax payments because his income was not taxable. If it were only that easy, right?

Wesley Snipes spent four years battling the United States government on his tax charges but in 2008 was found guilty of three misdemeanor counts of failure to file federal income tax returns for more than $15 million in taxes on income he earned during the peak of his acting career. Snipes was sentenced to three years in prison and a 2010 appeal of the verdict was not successful. Snipes was released from prison on April 2, 2013 and will soon be celebrating a year of freedom as he continues to pay off the debt he owes the IRS.

A year ago, Dionne Warwick filed for bankruptcy protection after battling the IRS for years over $10 million in taxes owed dating back to 1991. The Chapter Seven bankruptcy was a move by Dionne to put an end to a more than 20 year battle with the tax collector. Dionne claimed that her business manager failed to take timely steps to resolve the $1 million in unpaid California state income taxes she owed. The IRS placed a lien on the singer's property in the 1990's and that lien built up interest over the years. Then, in 2007, the state of California listed Dionne as one of the top 500 tax delinquencies as that original $1 million had grown to $2.7 million. Warwick fought this for five years, and in 2012 the IRS admitted an accounting error inflated her debt and she really owed just under $1 million. Seems like a simple misunderstanding, right? But it doesn't end there.

Last year, Dionne Warwick filed for bankruptcy in New Jersey. The documents in the bankruptcy revealed that the singer owed $10.2 million in federal and state back taxes. She listed her total assets at $25,000.00 giving her, essentially, a negative net worth. In what sounds an awful lot like creative accounting, Dionne listed her monthly income at $20,050 and her monthly expenses at $20,940, netting her just $10 a month. Granted $9,000 of her monthly expenses are for housekeeping ($5,000) and personal assistant ($4,000) salaries. Um, hey Dionne, I'll come clean your house and be your assistant for $9K per month.

Creative accounting and the world's best paid housekeeper aside, Dionne's case was discharged this week by the IRS, meaning, she gets off literally scot free. I'm thinking she had an inside track from her Psychic Friends that told her she would prevail against the IRS.

Chris Tucker is in deep doo doo with the IRS and his personal finances. The actor and comedian not only owes $12 million in back taxes to the IRS, he also owes $590,000 to the state of Georgia, and has been perilously close to foreclosure on his $6 million, 10,000 square foot mansion. How does something like this happen? Ego? Tucker has also claimed that he is having a hard time paying his bills. Well that is hard to believe since he wrote two checks for his tax debt totally nearly $1 million. He wrote checks for $592,000 and $392,000 to make a couple of liens in the state of Georgia go away and avoid potential jail time for not paying his taxes.

Tucker started out as a Burger King janitor in rural Georgia and became one of Hollywood's highest paid actors en route to his massive tax problems. Back in 2006, Tucker took home the highest salary in Hollywood history to date with $25 million for "Rush Hour 3". Then Tucker was completely absent from film for five years, reemerging with a part in "Silver Linings Playbook". After the lucrative Rush Hour franchise is when Tucker found himself in debt to the IRS, a situation he has not spoken about publicly.

Sinbad's tax problems came to light when, like Dionne Warwick, he was publicly listed as one the 10 worst tax delinquents in the state in 2009. At the time California said the comedian owed $2.5 million in back taxes, interest, and penalties. He attempted to file Chapter Seven bankruptcy, citing little to no assets but his claim was rejected because of a lack of documentation and he was forced to sell his $3 million home in Hidden Hills, California. Unfortunately, Sinbad was trying to sell his $3 million house during the recession and was only able to get $1.8 million for the 2.5 acre estate.

That wasn't enough to dig Sinbad out of the financial issues he was facing and in 2013, he filed for Chapter 13 bankruptcy protection citing $11 million in total debt. In the filing Sinbad reported the following debts:

Despite repaying the back taxes, the courts did not offer the singer leniency and she was sentenced to three months in prison. Once she was released she was subject to three months of house arrest and a year of probation.

How… in the name of ZEUS' BUTTHOLE did this happen??!!

From 2000 to 2007 Nic went on a spending spree of epic proportions. His purchases during that time included 15 homes, a private island, four luxury yachts, a fleet of exotic cars, a $30 million Gulfstream private jet, as well as expensive works of art, jewelry, and perhaps the most bizarre of all – a 67 million year old dinosaur skull.

Now only was Nic living WAY beyond his means—and he was making $40 million per year so that's saying a lot—he was also failing to pay his taxes. By 2009, he owed more than $13 million in back taxes. He did the only reasonable thing he could—he started selling his houses and other assets as quickly as possible. One of those assets sold was his prized Action Comics #1, which sold for a record setting $2.16 million.

Fortunately Nic Cage likes to work and over time should be able to pay down his outrageous tax bill. The thing about the IRS is, as long as you communicate with them and make a plan to repay your debt, they are unlikely to throw you in jail—a lesson Wesley Snipes should have taken to heart.