By Joseph Gibson on September 28, 2020 in Articles › Celebrity News

TMZ reports another chapter in the ongoing split between Larry King and estranged wife Shawn King. According to a recent filing from Shawn, she's telling the court that her income has dwindled down to zero and she needs some temporary spousal support while their divorce is finalized. And she's asking for $33,100 per month, retroactively, from August of last year.

That was when Larry filed for divorce, and Shawn says she's been basically without income since then. She says that she depended on Larry financially over the course of their 22 years of marriage, giving up gigs as a TV host and model in order to focus on their children. She's also alleging that Larry is making more money than he claimed in court, specifically citing a $5 million deal he supposedly signed to host a podcast called The Millionth Question. 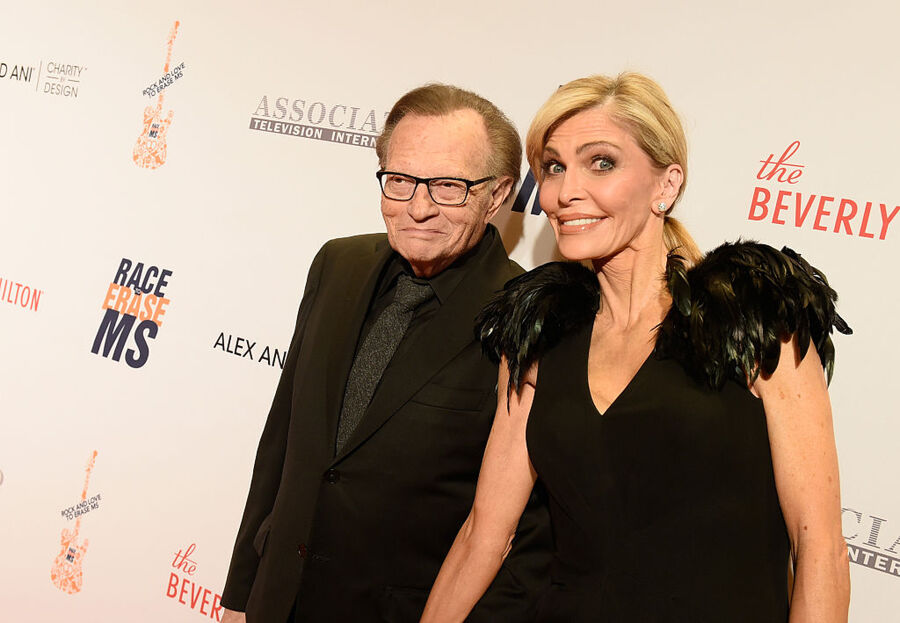 That's compared to the $1.9 million per year Larry said he was making for hosting infomercials, and Shawn says she deserves a piece of that significantly larger pie. The documents also disclose money they both made as a couple on the sale of their Beverly Hills mansion in January of this year. It's not clear how that factors into the spousal support calculation, but she says they made $4 million on the sale, which was for a total of $15.5 million.

The filing comes as the legendary broadcaster is going through a particularly rough time, having recently taken to Facebook to announce the deaths of two of his children from other marriages: Andy, who died in July at age 65, and Chaia, who passed away in August from lung cancer. This is also the second time Larry and Shawn have gone through divorce proceedings, having also done so in 2010 before calling it off and reconciling. In a recent People interview about his divorce from Shawn, he cited their age difference (26 years) and religious differences between the two as reasons for their split.