By Joseph Gibson on May 2, 2012 in Articles › Celebrity News

Robert Herjavec, one of the most famous businessmen today due to his participation in the reality TV series Shark Tank, has crashed a Ferrari reportedly worth $350,000 while racing! Luckily, no one was injured, and Herjavec was even able to borrow another $350,000 so he could finish the race.

Herjavec boasts a net worth of $100 million which he made in the computer business with IBM. Like a lot of businessmen these days, he put his money to work for him in a second career as a TV personality, starring as a "shark" on the ABC reality TV show Shark Tank, which features inventors and other entrepreneurs seeking funding from investors for their product or business idea. The show, which premiered back in the year 2009, is based on a Japanese program entitled Dragons' Den which has been fairly successful worldwide, spawning many different imitations. 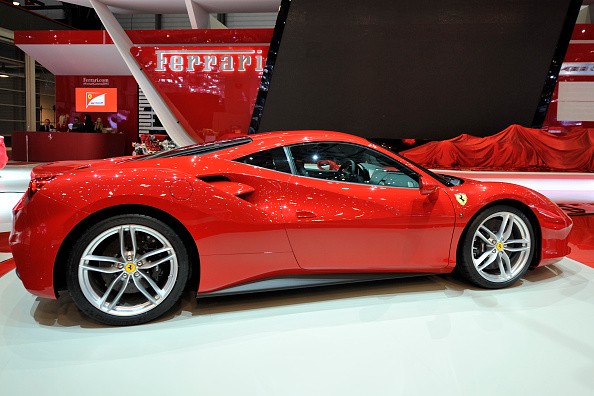 Here's Herjavec himself on the crash that could have but for the grace of God been a much more serious affair (the businessman escaped with only minor scrapes and bruises):

"I was having an amazing lap very fast, just off the course record, and then just thought I could go a little faster. After the crash I went out and borrowed a friend's car and 2 hours later I started in 29th and finished 5th. The next day, in the borrowed car, I got on the podium and finished 3rd ! Still leading in the points for the season."

It happened just this weekend at an event called "the Ferrari Challenge" which took place at the Infineon Raceway in Sonoma, CA. The competition was between Harjavec and various other sports car enthusiasts, all of which should be a little embarrassed that they couldn't pull ahead of the guy who crashed his car. In points, I know, but still.