The ABC reality Shark Tank has become one of the most successful reality shows ever produced. The reason why is simple—if the five "Sharks" pick a winning company to invest in, everyone makes money. And let's face it, we all like a good success story! In case you've been living under a rock and don't know what "Shark Tank" is, it is a show where five rich and successful business men and women vie for the right to fund promising start ups. God help the people who come in with ideas that are poorly formed, business plans that don't make sense, or valuations of their fledgling companies that are way overblown. The Sharks will chew those poor, unsuspecting, wannabe entrepreneurs up and spit them out before the end of the show.

It can get pretty ruthless in the Shark Tank. These wealthy men and women are not afraid to bitterly fight over good ideas. It is also highly entertaining. But how did these sharks get picked to be on the show? Surely it has to do with their business sense AND their net worth. So how what is the net worth of each Shark Tank shark? 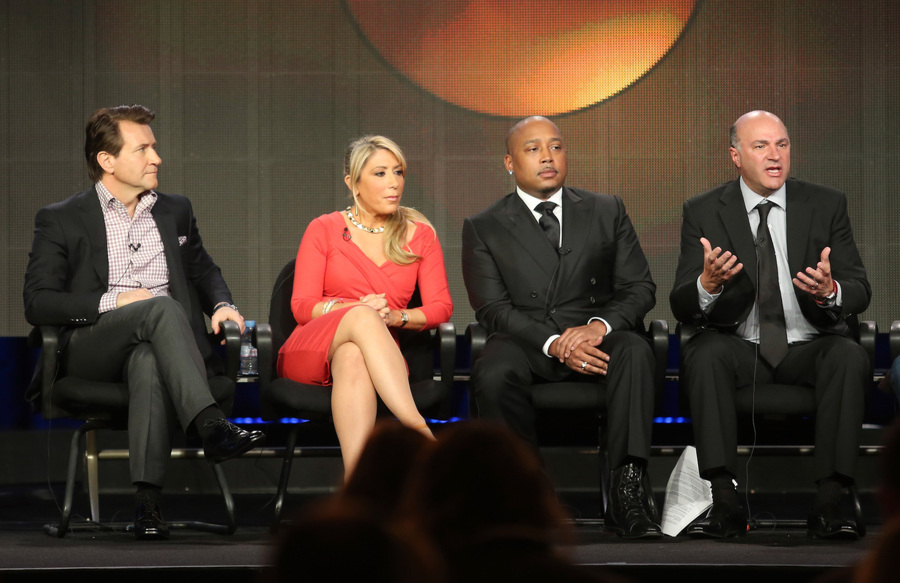 Kevin O'Leary began his empire with the software company SoftKey, which distributed software on CD-ROM in the 1990s. He started the company with a $10,000 investment from his mother. The company later changed its name to The Learning Center. In 1999 Mattel bought The Learning Center for $3.8 billion in a stock swap. This netted O'Leary hundreds of millions of dollars.

Dallas Mavericks owner Mark Cuban is a billionaire. Cuban started out his career by launching a company, MicroSolutions, which was a system integrator and software reseller. He sold it to H&R Block for $6 million and used to fund his next company, Broadcast.com. He started this company based solely on his interests in college basketball and webcasting and he became a billionaire in 1999 when Yahoo acquired his company for $5.7 billion in stock. However, that wasn't his smartest financial move — not by a long shot. Cuban shrewdly understood that the dotcom bubble would burst at some point soon. When the Broadcast.com deal was done, Yahoo's stock was trading at $163 per share. Cuban was required to hold the stock for a period of six months. The day the agreement expired, he unloaded 100% of his Yahoo stock for about the same price as it had been six months prior. This move netted Mark $2.5 billion in cash instantly. Over the next year and a half Yahoo's stock slid 95% from $163 per share down to $8.11 per share in 2001. Had Mark held on, his stake would have dropped from $2.5 billion to $125 million. Not nearly enough to buy an NBA team, movie studio, cable network, private jets..

Many people assume that Lori Grenier, "The QVC Queen" is the owner and/or founder of the cable shopping network. That actually isn't the case. Grenier began her career by designing an innovative jewelry box that could hold over 100 pairs of earrings. She earned her more than $1 million in just the first year her new product was on the market in 14 stores in the Chicagoland area. Her first patent was for a plastic jewelry organizer which went on to do $500 million in sales. Greiner is the host of the cable TV show "Clever & Unique Creations by Lori Greiner" on QVC. She has helped launch over 400 products and holds 120 patents in the United States and internationally.

Daymond John founded FUBU, which stands for "For Us By Us" in 1992 to sell $10 knock-off hats on a street corner in New York City. Seeing that he could make a business out of it, he threw himself into making hats when he wasn't working as a waiter at Red Lobster. Seeing the passion and potential in her son's eye's Daymond's mom famously mortgaged her house in order to raise $100,000 worth of startup capital. Within six years of being founded, FUBU was generating more than $350 million a year in revenue.

Barbara Corcoran was working as a diner waitress when she took a $1000 loan from an ex-boyfriend and opened a real estate company, The Corcoran Group, in New York City in 1973. It was the first female owned real estate group in New York City. By 1978, the company had annual revenue of $560,000. By 2001, Corcoran was the No. 1 broker in New York with 850 real estate agents and $97 million in revenue. When NRT offered to buy her company for $20 million she told them she'd sell it to them for $66 million. They paid up.