By Brian Warner on October 5, 2014 in Articles › Celebrity News

Last March, Buffalo Bills founder and longtime owner Ralph Wilson, died at the age of 95. At the time of his death, Ralph was the oldest owner in the National Football League. He was also the second-longest tenured team owner in the leagues history, having owned the Bills for 54 years. The only person who owned a team longer was the late George Halas, who owned the Chicago Bears for 63 years until his death in 1983. After Ralph died, his estate announced that they would put the Bills up for sale. This weekend the estate revealed an amazing surprise for two very lucky American cities…

Ralph Wilson was born on October 17, 1918 in Columbus, Ohio. His father was an insurance salesman who moved the family to Detroit when Ralph was very young. For college he attended the University of Virginia followed by the University of Michigan Law School. Ralph was just 23 years old when World War II broke out and in 1941 he enlisted in the Navy. He would go on to fight in both Europe and the Pacific. 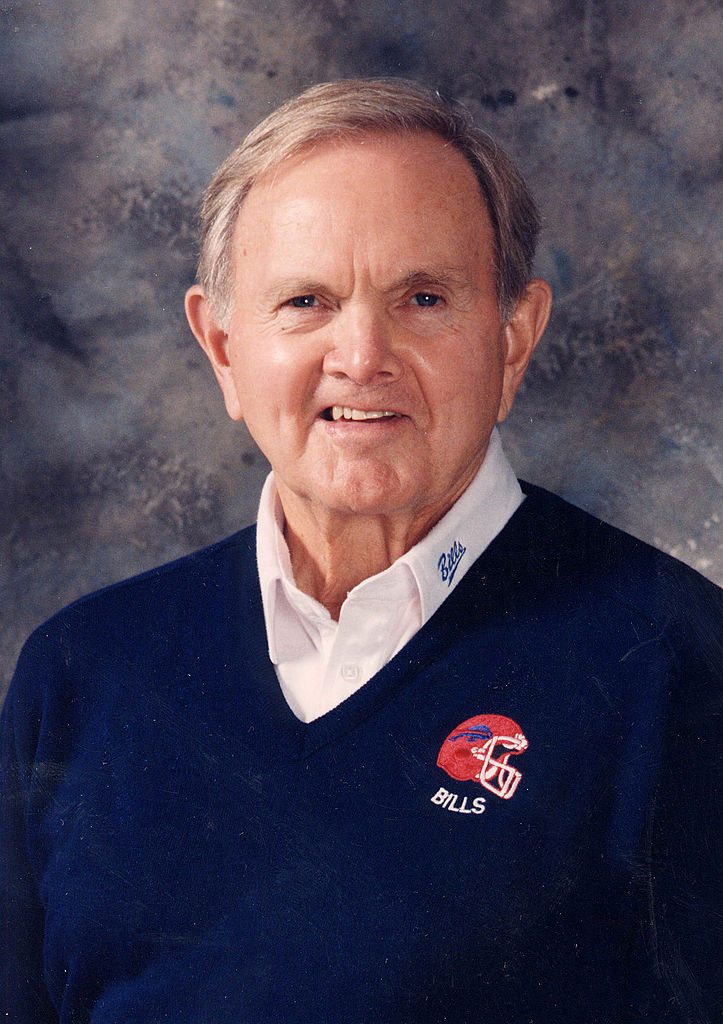 Upon returning from the war, Ralph took over his father's small insurance business. Armed with much bigger dreams and a ton of natural business sense, Ralph went on to acquire trucking companies, highway construction firms, manufacturing plants, and TV and radio stations at first just in Detroit but eventually around the country under the holding company Ralph Wilson Enterprises. He got his first taste of the NFL as a minority owner of the Detroit Lions.

Using his business skills, Ralph was instrumental in helping the AFL survive those early years. At the time many of the teams were owned by people who had less than solid financial backgrounds. Ralph had to lends other teams money on a number of occasions just to keep the league running. He famously lent Oakland Raiders owner Al Davis $400,000 to save that team from the brink of extinction. After a few bumpy early years, the AFL was soon running pretty smoothly and not a single team ever folded.

In 1970, the AFL merged with the NFL and the rest is history. Under Ralph's ownership, the Bills won two AFL Championships. After the merger, the Bills won four AFC Championships. Unfortunately, the Buffalo Bills never won a Super Bowl. Even worse, they did play in a unprecedented four CONSECUTIVE Super Bowls, but they lost each time.

Ralph Spent the majority of his adult life living in Grosse Pointe, Michigan with his wife Mary McLean. He collected art that included works by Manet, Monet, Sisley and many more. The art collection alone was privately valued at tens of millions of dollars. He also dabbled in Thoroughbred horse racing. Ralph's horses went on to win the Santa Anita Derby, the Breeder's Cup Juvenile and the European Horse of the Year award.

After living an obviously full and incredible life, Ralph died on March 25, 2014 at the age of 95.

Soon after his death, Ralph's estate announced that they were putting the Buffalo Bills up for sale. On September 9, 2014, the estate announced that a group of investors led by oil billionaire Terrence Pegula, had won the right to purchase the Buffalo Bills NFL franchise for $1.4 billion. Terry's group beat out competing bids from a group led by Jon Bon Jovi and another group led by Donald Trump.

Hopefully Ralph Wilson's heirs weren't counting on that $1.4 billion to live pampered trust fund lives for generations and generations. If so, they aren't going to be happy to hear what his estate just announced this weekend.

Yesterday, Ralph Wilson's estate announced that "the majority" of the $1.4 billion sale proceeds will go to Ralph C. Wilson Foundation. More specifically, two trust funds have been established that are each worth "hundreds of millions of dollars" that are earmarked to benefit two American cities: Detroit and Buffalo. The exact dollar amounts of each trust has not yet been revealed, but a source from the estate revealed to BuffaloNews.com that the gift will "dwarf" the current largest private foundation in the Buffalo area, the $300 million John R. Oishei Foundation.

Nice move Ralph! Here's to hoping that we all get to live a life that is 1/10th as full and meaningful as yours some day!