They See Me Trollin: When Sports Strike Back

The relationship between athletes and the media can be a tumultuous one. Some relationships are lovely, with players and reporters joking around like old buddies, many are cordial–no real groundbreaking answers, but nobody's too rude about things. And others are downright vicious. The player doesn't like the media, and the media can barely stand the player.

The same goes for fans, too. Especially with the advent of Twitter, spectators now think they're experts in any given sport, and they're not shy about shouting at an athlete who's not doing a good enough job, in their eyes. Of course, being able to hide behind the anonymity of the internet always helps. But sometimes that's not enough, and a player or coach can get the last laugh. Even fellow athletes and coaches aren't safe. Let's take a look at some of the best trolling moments in sports.

For whatever reason this summer, the San Francisco Giant found himself as the subject of a number of fans' homemade signs. It's a phenomenon that can't really be explained, although a few of the signs feature some pretty clever good-natured ribbing. 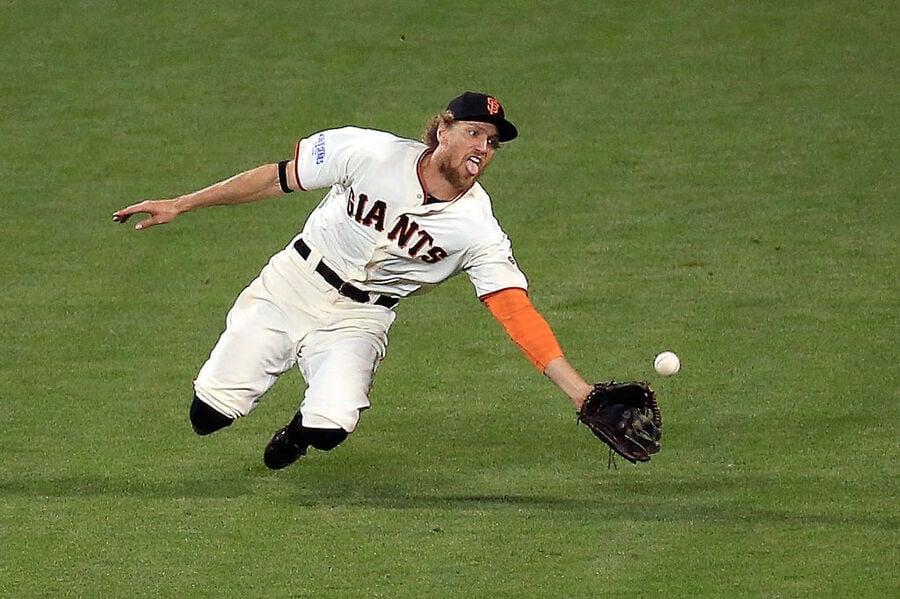 Solidifying his spot as one of the coolest guys in baseball, Hunter Pence had the perfect rebuttal. He showed us all that he is, in fact, living the good life, using the fans' work as inspiration.

Arian Foster Has One Message

Arguably one of the best backs in the NFL just a few years ago, Foster struggled through injuries last year and wasn't really himself. It showed, too: the Texans barely won their first two games, and then lost 14 in a row. And while he has never really enjoyed talking to the media, his first interview in over seven months was a dandy, even for him. Count how many times he says he's "just trying to be the best teammate he can be" during a training camp interview (hint: it's a large number).

Gregg Popovich is currently the top coach in the NBA, and is one of the greatest of all time. Consider that no player-coach tandem has ever been together for longer than he and Tim Duncan have, and they've done a pretty good job for themselves: five NBA titles and 17 straight playoff appearances. Even role players do well on the Spurs; Boris Diaw was so overweight in Phoenix that Mike D'Antoni suggested he had eaten every croissant in France, and guys like Patty Mills and Cory Joseph probably wouldn't have nearly the same success elsewhere. But as good as Pop is as a coach, he's even better as an interviewee, at least in terms of entertainment. His post-game comments are usually nothing to sneeze at, but it's his in-game interviews that really take the cake. The premise of those interviews are pretty silly, after all–a sideline reporter talks to a coach during the 1st and 3rd quarter breaks when the coach could be, you know, coaching instead. The blatant disregard Pop shows is hilarious. He's at his most volatile with TNT's Craig Sager, but really, no one is safe (not even his players).

The best part of this coach/media relationship? While Pop may be callous and short with his answers, he knows the reporters are all good at what they do, and respects them for it. When Sager announced he was battling leukemia before this year's playoffs, his son filled in during a TNT broadcast. Pop had a very touching message for the elder Sager: "Craig, we miss ya, you've been an important part of all of this for a long time, doing a great job. We want your fanny back on the court, and I promise I'll be nice. Get back here. Good luck."

One of the greatest tight ends of all time, Tony Gonzalez finally hung his cleats up after last season. While his illustrious career included plenty of receptions and touchdowns, he also had a little fun during his appearances on Monday Night (and later Sunday Night) Football. For several consecutive years, Gonzalez paid homage to Will Ferrell's Ron Burgundy, saying his own name and college as if he were asking a question. As many a player will only say his name and university in a very monotone manner, it's nice that Gonzo keeps fans on their toes.

This isn't a new thing, either–Gonzalez imitated Tony Montana during a Monday Night Football game when he was with the Chiefs

When Welker was still a member of the New England Patriots, he got to face Rex Ryan and the New York Jets two times a year. Unfortunately for Rex, towards the end of 2010, a series of foot fetish videos surfaced online, starring someone who looked an awful lot like his wife Michelle. What's more, the voice behind the camera sounded an awful lot like Rex himself. Not missing a beat, Welker subtly called out the coach during a media conference.

Back when he was a Vancouver Canuck, Kesler was one of the first players to "photobomb" interviews. Now it seems like everyone and their mother does it, but the bar had to be set. Kesler does everything, from eating pizza to waving to simply staring creepily. We'll just have to see if he keeps his humor now that he's on a different team.

Brooklyn Criticizes Its Own Fans

This one is more of a team than any individual athlete, but hey, sometimes a little motivational push is all you need. After dropping Game 5 to the Raptors in the first round of the playoffs, the Nets were just a single loss away from being on vacation for the summer. And with potentially one home playoff game left, the team took to Twitter to "encourage" its fanbase to show up for Game 6.

Nothing like a little tough love. Despite using "DVD" instead of "DVR", the tweet worked. Or, maybe the Nets were just the better team in Game 6. They ended up winning Game 7 on the road and advanced to the Eastern Conference semis, where they were promptly defeated by the Heat in five games. But at least their crowd got to cheer a few more times.