Ever since protesters blocked a doorway at a middle school near her office, Education Secretary Betsy DeVos has been under the protection of the US Marshals Service. The agreement is costing the Education Department $7.78 million over the fiscal year, or $34,000 per day, and will cover the period from February 13th until September 30th. 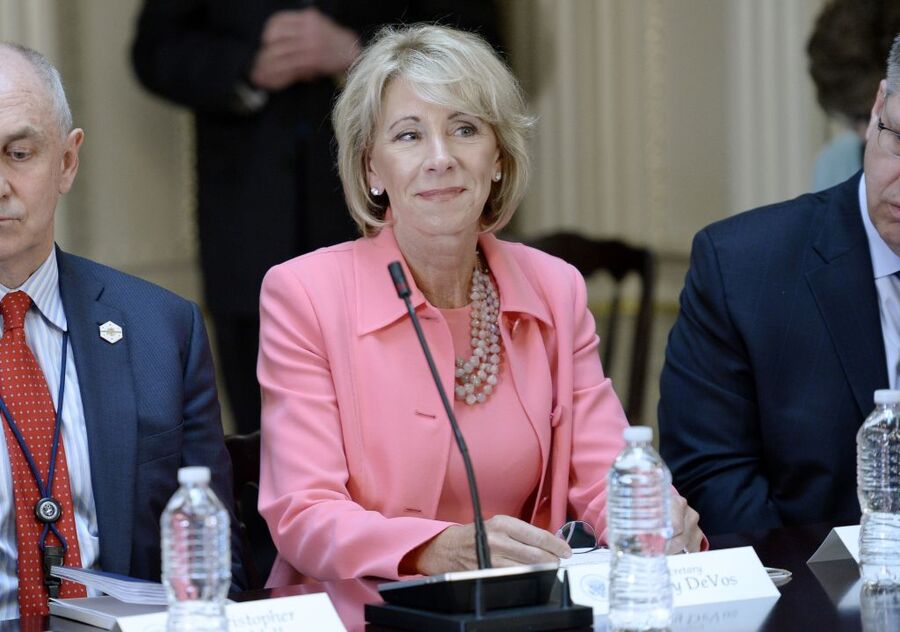 The Marshals Service is typically employed to provide security for the tens of thousands of federal judges and other court employees. They operate a national threat management center, and also apprehend fugitives, secure prisons, and run the federal government's witness protection program. It rarely handles protection for Cabinet officials such as DeVos. The last time it did so, was when the office of National Drug Control Policy's director was in the cabinet in 2009.

The US Secret Service has had its hands full protecting President Donald Trump and his family. Homeland Security Secretary said recently that the service needs more agents to handle the increased demands, especially after a busy election cycle. The Secret Service is supplementing its regular team with special agents who normally work regional criminal investigations.