Last year, U.S. Secretary of State Rex Tillerson was chief executive of Exxon Mobil, the world's largest publicly traded oil producer. Together, with other senior executives, Tillerson received a raise despite the company's net income falling by over 50 percent due to cost-cutting and lower oil prices. Tillerson himself received compensation worth $27.4 million.

His salary was boosted by four percent, up to $3.2 million, and the value of his stock awards jumped 8 percent to $19.7 million. The value of perquisites, including personal security and life insurance, rose as well. Tillerson was nominated by Donald Trump to be secretary of state in December and retired from Exxon at the end of the year. He was confirmed by the Senate in February. 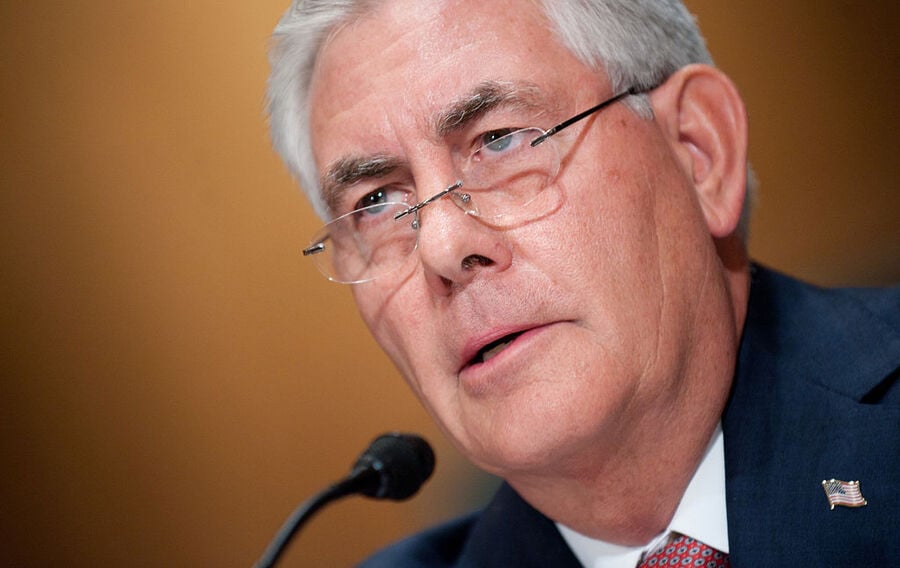 As part of an ethics agreement when he assumed his government post, Tillerson gave up $2.8 million in unvested Exxon stock and the potential for a bonus of $3.9 million. He also waived a right to retiree health benefits. His vested stock was put into a trust already worth $180 million, with proceeds paid out over the next decade. The trust is prohibited from investing in Exxon.

Tillerson is not allowed to work in the oil and gas industry for the next decade, or else the trust's value will be donated to a charity that is chosen by an outside party. Darren Woods, Exxon's new CEO, saw his compensation rise 64 percent when he was Exxon's president, up to $16.8 million. His base salary rose 36 percent to $1 million, and the value of his other assets, including the cost of a home security system, rose as well.