By Marvin Jules on January 16, 2017 in Articles › Celebrity News

Sears, a former department store giant, is quickly turning into a dwarf. Forced to close hundreds of stores in the past fiscal year, and with more planned closures in the next few months, Sears Holdings, which is comprised of both Sears and Kmart, is clearly on its last leg. But the company's CEO, Eddie Lampert, is giving the company an extremely expensive lifeline in an effort to save the company.

Lampert, the 54-year-old hedge fund billionaire who took over as CEO of Sears Holdings in 2013, is lending the company $500 million through his hedge fund ESL Investments. Don't look at this move from Lampert as some altruistic deed on his part though; Lampert backed the loan with Sears' real estate, which means that if the company does end up failing, Lampert and ESL Investments would be first in line to collect, this according to bankruptcy experts.

This is the second time in a matter of weeks that Sears has borrowed money from its CEO in order to keep the company afloat. Sears announced in late December that they secured a $200 million standby letter of credit from ESL Investments, with the option to expand that amount to $500 million. According to the company, the money will be used to fund operations to sell some of the company's real estate. The money made off of the real estate sales will be used in order to pay off the company's debt, per the company.

Lampert has done almost everything in his power in order to keep Sears afloat. Lampert and ESL Investments have loaned over $1 billion in the past two years in order to keep Sears and Kmart in business, and the strategy may not work. Sears' revenue dropped by 13 percent to $5 billion in the last quarter, while the company took on $748 million in losses; a $294 million loss when compared to the same period last year. In addition, same-store sales fell 7.4 percent as a whole; 10% decrease at Sears stores and a 4.4% fall at Kmart.

The reason why Sears and Kmart are failing is up for debate. Some say that Lampert, whose ESL Investments firm owns roughly half of the company as a result of what was at the time the largest retail merger ever after he merged Sears and Kmart to create Sears Holdings, has driven the company into the ground as a result of his tactics. Lampert has been known to have a tough management style, laden with shouting matches with employees during video conferences, which have reportedly hurt the company's morale. 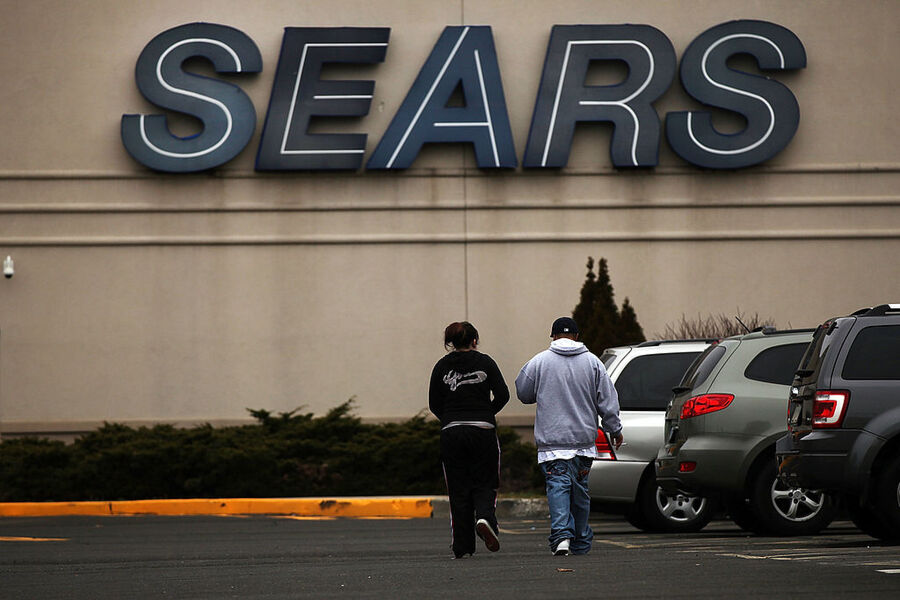 In addition, Lampert's Shop Your Way program, which he started in 2009, has been largely unsuccessful. The program, which is supposed to allow buyers who shop at Sears and Kmart often to accumulate points and turn them into coupons and discounts, is too complicated for many consumers to understand, and has led to delays on checkout lines. The main purpose of Shop Your Way though, according to a former executive, was for Lampert to acquire customers' personal data, and sell that data to other companies.

Through the Shop Your Way program, Lampert's plan was to turn Sears Holdings into a tech company, going against the retail strategy that has worked for the company for so long. His strategy was to turn the company into an "asset light" organization that prioritized having and selling customer data as opposed to selling inventory. Lampert stated publicly a year after the Sears Holdings deal that he considered the company to be a "$55 billion-revenue, 350,000 person startup."

He also put the company in the same breath as Uber, Amazon, and Tesla in a recent letter to shareholders. "In an environment where new companies like Uber can raise almost unlimited capital, what are the implications for older companies that are held to a very different standard when it comes to profitability and regulation?" wrote Lampert in the letter.

Many people in the company though, believe that Lampert isn't in touch with reality. As a result of his vision for Sears Holdings as a tech company, he puts minimal effort into updating stores, and properly staffing stores. This likely has undoubtedly resulted in less customers buying products at Sears and Kmart, which has led to the closings of hundreds of stores (the company has closed over 2000 Sears stores since 2010).

According to many people in the know, including suppliers to Sears, it is only a matter of time before the company goes under. But even if that does happen, Lampert will still be in good shape. The loans that he and ESL Investments have been lending Sears are all backed by collateral real estate that ESL and Lampert can seize at any time.