By Joseph Gibson on October 26, 2017 in Articles › Celebrity News

A new documentary on Netflix called The Day I Met El Chapo: The Kate del Castillo Story is the subject of some strenuous objections from actor Sean Penn, who according to TMZ, is trying to either block or have re-edited. His beef? The doc's claim that Penn alerted the Department of Justice to El Chapo's whereabouts following their infamous Rolling Stone interview in October of 2015. A rep for Penn had this to say about that claim:

"It is reprehensible that, in their ongoing, relentless efforts to gain additional attention and publicity, Ms. del Castillo and her team (who have zero firsthand knowledge) have sought to create this profoundly false, foolish, and reckless narrative. The notion that Mr. Penn or anyone on his behalf alerted DOJ to the trip is a complete fabrication and bald-faced lie. It never happened, nor would there have been any reason for it to have happened." 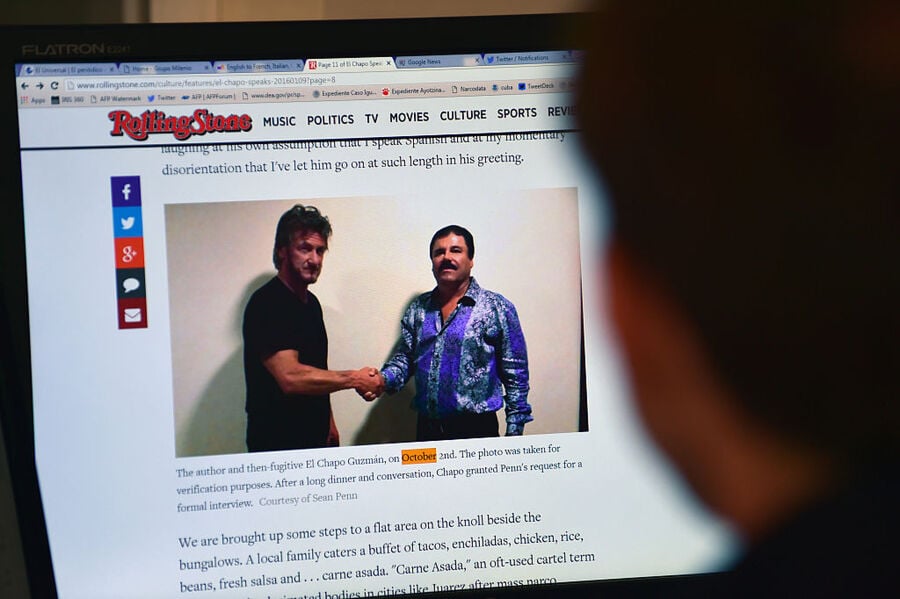 Penn has a very good reason to deny the notion put forward by multiple interview subjects in the documentary – he's reportedly worried that if this becomes common knowledge among Mexican drug cartels, he and/or his family could be targets for assassination. To this end, Penn attempted to use the legal means at his disposal to stop Netflix from putting the documentary up on its service, or get them to remove references to Penn's having told the DOJ where they could find El Chapo, but the documentary was indeed released in unaltered form. For producer David Broom's part, he states "[w]e never say in this documentary that Sean Penn is in cahoots with the D.O.J."

Penn and Mexican actress del Castillo met with El Chapo along with two others in October, 2015. Twelve hours after the interview, Mexican authorities conducted a raid but found that El Chapo had already left. He was then caught three months later, no thanks to Sean Penn, according to Sean Penn. The Day I Met El Chapo: The Kate del Castillo Story is available now on Netflix.