Actor, singer, and rapper Sean Kingston has had his share of problems lately. He suffered through an evidently very traumatic jet ski crash a while back – it was so traumatic, in fact,  that he was forced to move out of his Miami mansion because the constant sound of the ocean outside his house was giving him nightmares. But his landlord at that location is claiming a recently filed lawsuit that Kingston did more than just "move out." 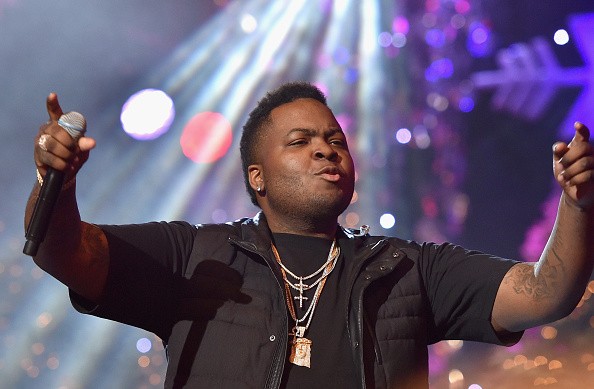 According to the lawsuit, Kingston and his mother (with whom he lived in the house) left the $25,000 a month mansion with $21,397 in damage – plus they violated their rental agreement by splitting two months before the lease was up. All together, Kingston's former landlord wants $73,816.85 in damages to cover both the damage to the house, the two months rent, plus some back rent Kingston owes him as well. Kingston moved out of Miami last fall, living in Hollywood instead.

More specifically, that damage is said to include "broken landscaping lights, sprinkler heads, holes in the wall, and broken railing around the waterfront dock." Kingston hasn't responded to the lawsuit publicly, so it's unknown how this conflict will resolve itself.

Hopefully Kingston and his landlord will be able to reach some kind of settlement, because Kingston has a lot coming around the bend: For one, a mix tape collaboration with pop superstar Justin Bieber called Our World. A release date has yet to be nailed down but it's expected to come out at some point this year. He's also set to release his third studio album in July of 2012, called Back 2 Life, featuring voices like TI, Justin Bieber, and Rihanna. So it's pretty clear that Kingston had better settle this beef with his landlord somehow, or this could take up too much of his valuable time!