Sean Combs Reportedly Spent More Than Anyone Before, On A Painting By A Living Black Artist

At a recent Sotheby's art auction, an at-the-time anonymous buyer plunked down more than $21 million on a work by artist Kerry James Marshall. The buyer is anonymous no longer, as it has now been revealed as none other than Sean Combs, the artist formerly known as Puff Daddy (etc., etc.), who now also holds the distinction as being the payer of the single-highest purchase price for a work of art by a still-living African American artist, as reported by The New York Times.

The painting involved is entitled Past Times, a wall-sized, 13-foot work completed by Marshall in 1997. The landmark sale of the painting comes as Marshall's work was recently the subject of a 2016 retrospective at New York's Metropolitan Museum of Art, and it's probably a safe bet that Diddy's purchase of the painting will lead to even more interest in that work.

Jack Shainman, Marshall's New York gallerist and dealer going back to 1993, was the one who revealed the Combs' identity as the buyer of the painting, and he seemed pleased about the painting's new owner:

"I know that this work has found a home in a collection with purpose and an eye toward preserving legacy — that of Sean Combs, and that means a lot." 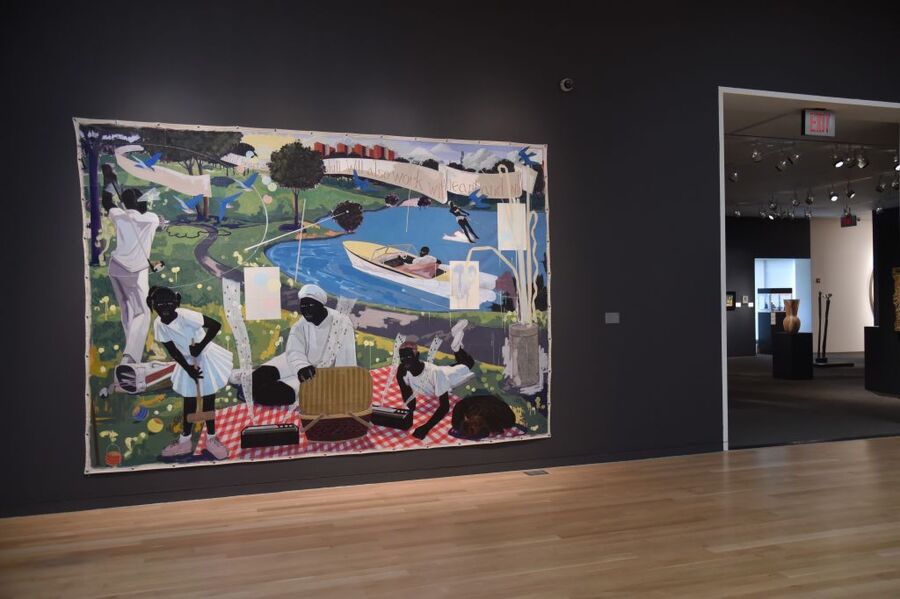 Shainman also said that Combs was introduced to Marshall's work through another famous hip hop name: Producer Swizz Beatz, who along with wife Alicia Keys, is also an "avid art collector." And he told the Times that Marshall's own rising fortunes won't change the man he is while at work:

"The world is recognizing Kerry James Marshall for the master that he is… what Kerry is happiest doing is working in the studio."

That's good news for any and all longtime admirers of Marshall's art, even though it means his stuff will be harder and harder to afford as time goes on.