How Marvel Became Contractually Obligated To Include Samuel L. Jackson In Its Movies

It's hard to picture now, but before the Marvel Cinematic Universe became the biggest cash cow in movies (and TV), Marvel Comics was actually on the brink of financial ruin. Just a few years ago, the company was focused on staying alive rather than expanding into big screen dominance. One interesting aspect of this story is that when they finally got around to making an Iron Man feature film in 2008, and wanted to include comics stalwart Nick Fury in a post-credits scene, they were legally and contractually obligated to cast Samuel L. Jackson in the role thanks to a deal struck seven years earlier. And with this deal, Samuel L. Jackson has basically won the Marvel lottery!

It happened like this: In the early 2000s, writer Mark Millar and artist Bryan Hitch were charged with the task of rejuvenating some of the Marvel characters to try and attract more readers to the comics. In the case of Fury, they ended up "casting" him as Samuel L. Jackson, on the page, and without the actor's permission. As Millar put it:

"Sam is famously the coolest man alive, and both myself and artist Bryan Hitch just liberally used him without asking any kind of permission. You have to remember, this was 2001 when we were putting this together. The idea that this might become a movie seemed preposterous, as Marvel was just climbing out of bankruptcy at the time." 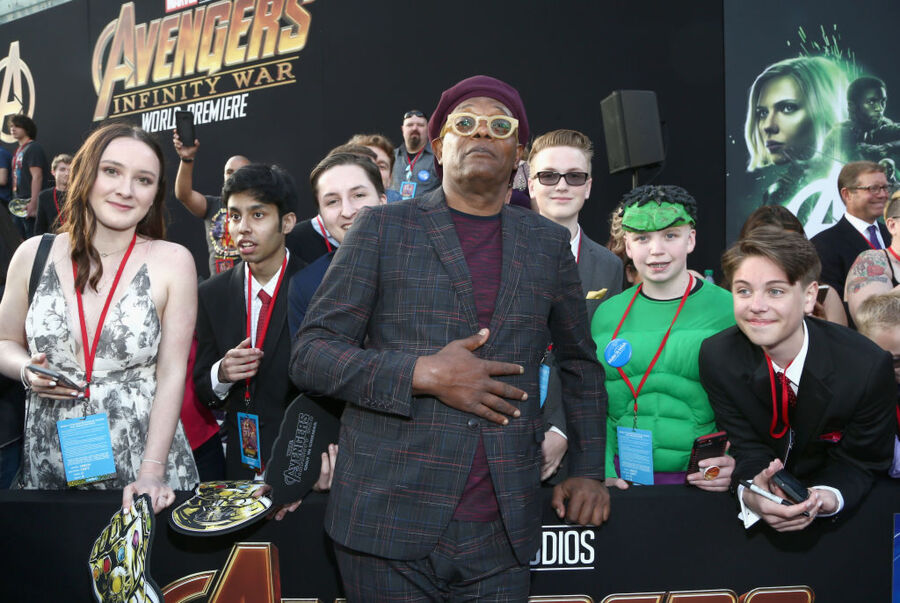 Being the coolest man alive, it figures that Jackson would also be a comic book reader. And when he saw his likeness as Nick Fury, he thought about filing suit against Marvel. But instead he went with a cooler option, striking a deal with the company that in the event of a movie version of the Fury character, he would have first rights to the part.

At the time, this was probably not something Jackson's accountant was particularly enthused about — after all, the character's only previous screen appearance was in a 1998 TV movie where he was played by David Hasselhoff. But as we all know, the part ended up being a hugely lucrative recurring role for Jackson, who currently has a nine picture deal with Marvel to appear in various films as the character. Every time he appears as Nick Fury, Jackson earns millions. Even a brief cameo scene can come with a $2-3 million payday for a few hours of work. And when he's in a larger role, Sam can command as much as $5-7 million.

To date, Sam has earned at least $20 million for playing Nick Fury. Perhaps as much as $30 million with backend points. That's exponentially more than he would have earned through a lawsuit. And the money train has no signs of slowing down anytime soon!