By Amy Lamare on August 3, 2019 in Articles › Celebrity News

Do you hear that? It's the sound of all of us at Celebrity Net Worth not so silently patting ourselves on the back for seeing Kylie Jenner's supposed $1 billion net worth for what it was: a lie. Now, that said, she's super wealthy and successful and just 21, so good for her. She's just not a billionaire, and even if you believe she is, that would now be a "was" as sales of Kylie Cosmetics, her 3-year-old makeup company, are on the decline in a big way.

Sales have dropped 14% this year from January 1 to May 31. One reason is that most of the customers who have tried a Kylie Cosmetics product in recent months have not become repeat customers. Kylie Cosmetics is privately held at the moment, however it is rumored to be in discussions with Coty Inc. to acquire a majority stake in the company for $600 million.

Kylie Cosmetics was on fire in the year after its launch. The company could hardly keep lip kits in stock. When Kyshadow hit the shelves in August 2016, it sold out in less than 60 seconds. And then, in February 2016, when three new shades of her lip kits were released – they not only sold out in moments – they were up on eBay for $225, nearly 10 times the original price of $29. 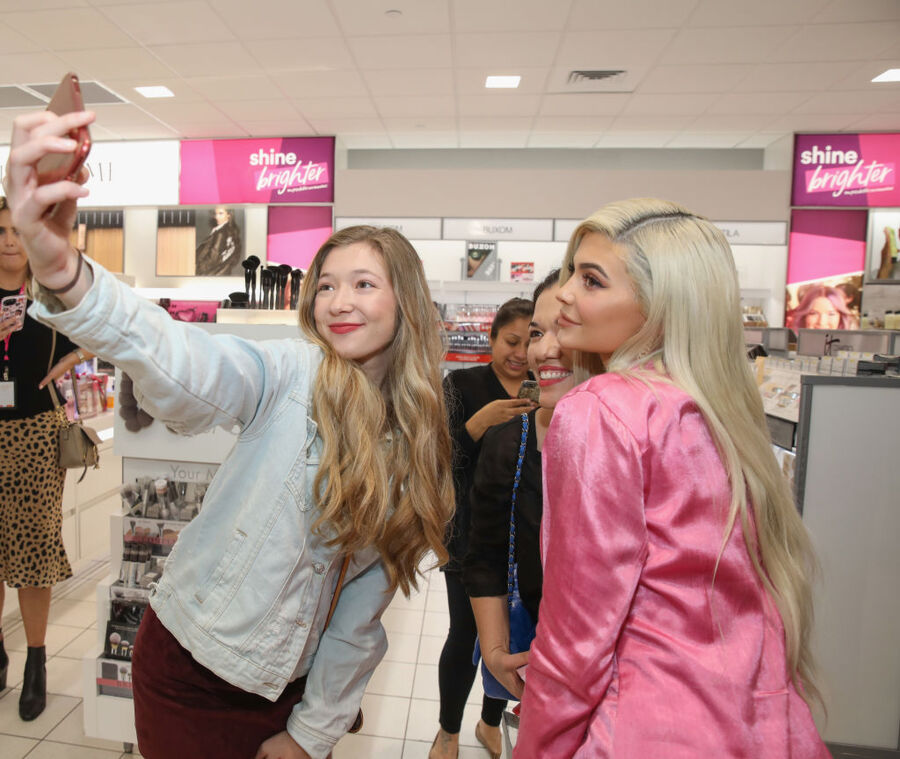 Revenues for Kylie Cosmetics hit their high in November 2016, one year after the first Lip Kit was launched. By November 2018, revenue was down 62%. That could be attributed to the brand's problems getting customers to come back and buy more product. An analysis of customers' shopping habits found that 60% of Kylie Cosmetics' customers bought just once from the brand from June 2016 through May 2019.

Another recent problem for Kylie Cosmetics is the fact that customers have taken to the internet to complain about terrible customer service, no return or refund policy, order screw ups, and quality issues with the products. In March, one first-time buyer wrote on the BBB website that she spent $250 and ended up receiving 7 of the 12 items she ordered. Customer service was unable to resolve her issue. Reviews on Ulta.com, which began selling Kylie Cosmetics in November 2018, reveal 16 one star reviews for the Momager Kit – a $49 eye shadow and lipstick palette.

If there's a bright spot in all of this, it's that the lip kits, which are 69% of Kylie Cosmetics' sales, have only declined 2.3% from June 1, 2016 to May 31, 2019. Industry-wide decline of lip products has fallen 5.3% in the same time period. However, eye and face makeup are down 29% and 8% respectively over the two-year period ending in May. Across the makeup industry those products have risen 12% and 8%, respectively, in the same period of time.

This strengthens our argument that it is bad math that values Kylie Cosmetics at $900 million. Kylie Jenner has a net worth of $300 million.