By Paula Wilson on December 5, 2013 in Articles › Celebrity News

Most of us aspire to look as good as all the celebrities we see every day in film, television and magazines. But when we stare stare at ourselves in the mirror every morning, we must remember that celebrities are only human, too. Whether they have been air-brushed within an inch of their lives on a magazine cover, or tucked, injected, and trained into near perfection for an interview, they are still just people. They put their socks on foot at a time and they do have off days, just like us. As hard as it is to imagine, many stars were also extremely awkward children and teenagers at one point. Teenagers who got teased and couldn't get a date to save their life. To prove that point, recently, Ryan Seacrest, one of the busiest and most successful celebrities in Hollywood, released his middle school photo to the world.  The pre-teen Ryan Seacrest was not the suave, slimmed-down, tan, ladies man we have all come to know from American Idol and a slew of other high profile television gigs. Just like many of us reading this article right now, pre-teen Ryan Seacrest had a mouth full of braces, large glasses, and a great deal of extra weight around the waist.  While he may not have overcome a broken home, or major addiction issues on his road to fame, thanks to his truly remarkable dedication and work ethic, Ryan Seacrest managed to transform his life and earn a quarter of a billion dollar fortune… so far! This is his story… 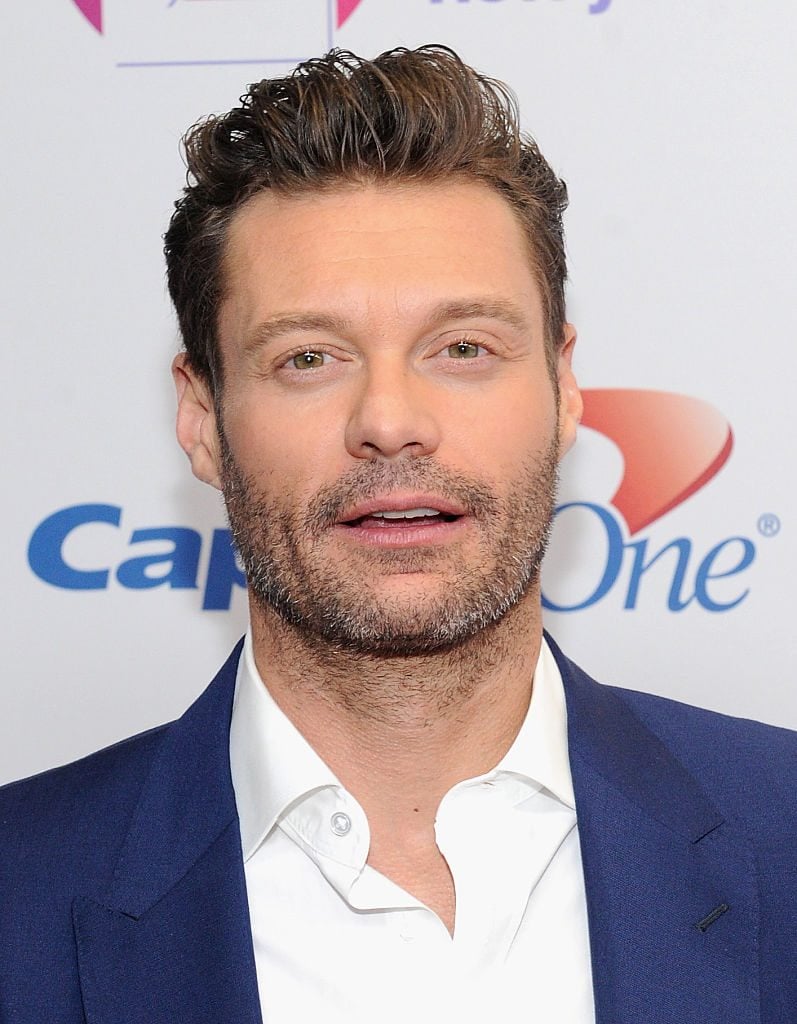 Ryan Seacrest grew up in Dunwoody, Georgia, a suburb of Atlanta.  It was clear early on that he was going to have a career in show business.  Unlike his peers, he was not interested in sports or playing with action figures.  Instead, according to his mother, he would often spend time putting on shows, complete with his own handheld microphone.  He began to put on weight when his favorite because his favorite after school activity wasn't playing sports, it was watching thee latest episode of "Oprah".  While watching the Oprah, Ryan would eat a cookie sheet worth of nachos, and assorted other varieties of junk food.  His appearance did not make him particularly popular, but his voice was another story.  He became known as the "Voice of Dunwoody High School", serving as the regular PA announcer each morning.  This led to his being chosen for a very competitive internship at WSTR-FM, a radio station in Atlanta, when he was just sixteen.  Ryan trained under Tom Sullivan, a long-running Atlanta-based radio personality until the internship grew into a spot as the weekend overnight DJ. This is what Ryan looked like at age 14: 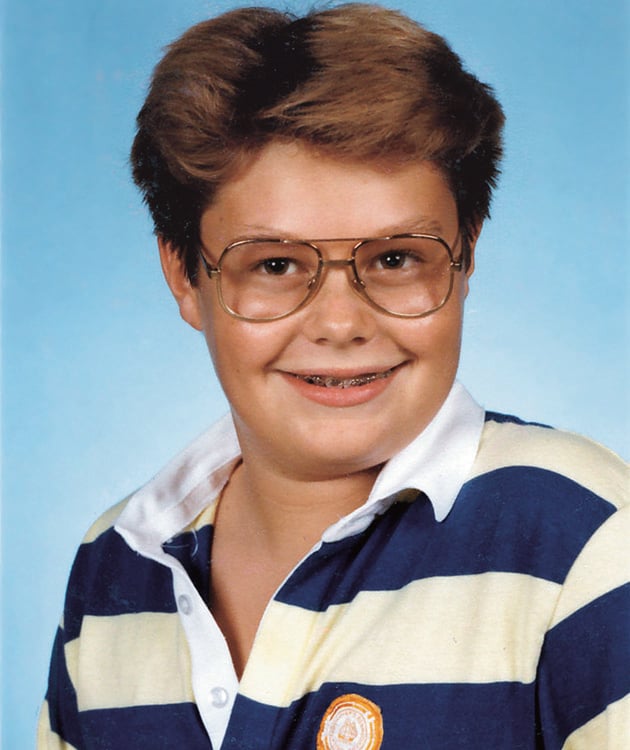 From there, Ryan went on to attend the University of Georgia.  After a year of school, however, he realized he wanted more and dropped out to head for Hollywood at age 19.  It proved to be a great decision, as he started working almost immediately.  He was first tapped to host "Radical Outdoor Challenge" on ESPN.  From there, he jumped over to the "American Gladiators" spin-off, "Gladiators 2000".   Then it was on to the game show, "Click", NBC's "Saturday Night at the Movies", NBC's Saturday morning block, and TNN's reality series, "Ultimate Revenge".  He was clearly a good host.  However, every one of his hosting gigs, whether it was a reality show, a game show, or a weekly pop-culture series, was depressingly short-lived.   In 2002, Ryan was invited to co-host a new reality competition series called, "American Idol".  As we all know now, American Idol became a cultural sensation. Amazingly, his season one co-host Brian Dunkleman actually chose to quit Idol because he thought it was too mean! Biggest showbiz mistake ever? By the third season, Ryan had become an international sensation, and in 2009, he became the highest paid reality television host ever raking in north of $15 million for his Idol duties alone.  In 2012, he signed a hosting deal with the program to the tune of $30 million per year.

Not content to only host "American Idol", in 2004 Ryan began branching out into the entertainment world.  He took over Casey Kasem's "American Top 40" radio program, and then became host of Rick Dees' morning show on KIIS in Los Angeles.  That program, now known as "On Air with Ryan Seacrest" airs on 150 stations around the world.  In 2005, he became Executive Producer and co-host of "Dick Clark's New Year's Rockin' Eve", and slowly assumed all hosting duties over the final years of Dick Clark's life.  In 2006, he began producing projects for television, including producing and hosting for E! News, executive producing "Keeping Up with the Kardashians", and its spin-off reality shows, producing "Jamie Oliver's Food Revolution" and producing assorted other reality series like "Shahs of Sunset" and "Married to Jonas".  Ryan has his own production company, Ryan Seacrest Media, and also runs the Ryan Seacrest Foundation, a nonprofit focused on enhancing quality of life for seriously ill or injured children.

Ryan Seacrest has become wildly successful since he made the move to Hollywood almost twenty years ago. Long gone is the awkward chubby high school teenager who couldn't get a date to save his life. The "Voice of Dunwoody High School" has created an entire brand for himself, and he shows no sign of slowing down. And as for his dating life, it seems as though Ryan is attached to a new buxom blonde every month. Not a bad way to live! Clearly all those years of running home to watch Oprah paid off with huge dividends.  It's amazing what a lot of ambition, a healthy dose of talent, a nacho-free diet and an extremely strong work ethic can accomplish. Do you think you have what it takes to be as successful as Ryan Seacrest?