By Joseph Gibson on August 18, 2016 in Articles › Celebrity News

Ryan Lochte is, if you'll pardon the phrase, in hot water over an Olympics story that strains credulity even during this crazy year. The short version is that Lochte is accused of having fabricated a story about being robbed at gunpoint at a gas station in Brazil. In reality it sounds like he had a run-in with some armed security guards after he and some swim team buddies vandalized a gas station bathroom. Lochte and his fellow Team USA swimmers Jimmy Feigen, Jack Conger and Gunnar Bentz were investigated by Brazilian authorities, but it's Lochte who has the most to lose (monetarily anyway), with around a million dollars in various sponsorship deals and endorsements now in jeopardy over his actions.

First and foremost, Lochte's ten-year deal with Speedo set to expire this year. He's in an especially precarious situation sponsorship-wise, and mattress brand Airweave is the only one of Lochte's sponsors has released a statement supporting the swimmer. And even Motokuni Takaoka, the founder of Airweave, doesn't exactly seem gung-ho about his company's association with Lochte in that statement:

"We do not condone unlawful behavior and will continue to monitor the investigation closely. I respect the athletic performance of Ryan, and as long as he is a respectable athlete, he will remain a US ambassador for airweave as long as our partnership agreement remains effective. Our focus is on supporting Team USA, and our hope is people will remain focused on cheering on the athletes who will have events to compete in."

Ralph Lauren and Syneron Medical (which owns Lochte-endorsed Gentle Laser Hair Removal) are two other brands that will have to take a look at whether to terminate their contracts with Lochte in the wake of this scandal. That's especially true of Ralph Lauren, since Lochte has been the brand's most high-profile spokesperson at the Olympics dating back to December of 2011. 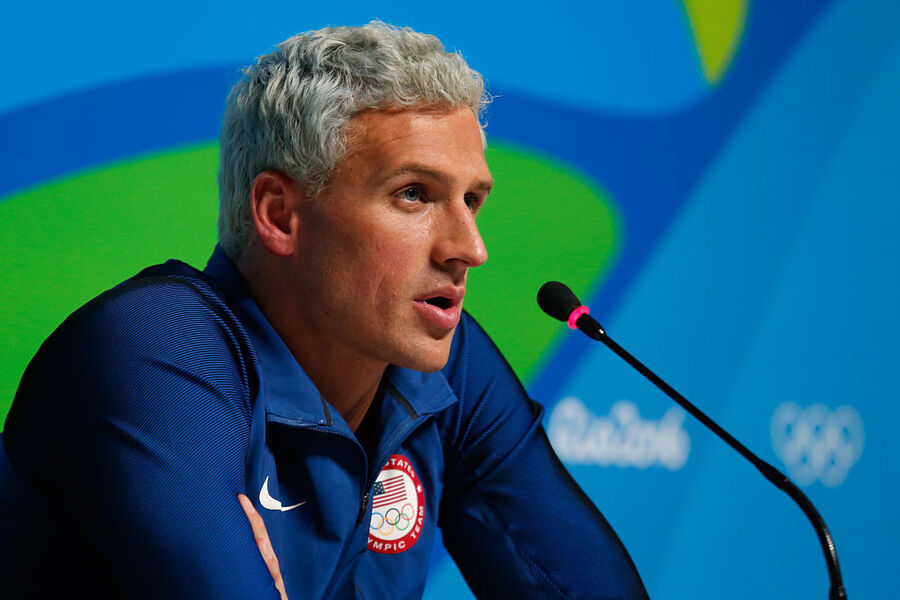 It should be noted that even before entering the Rio games, Lochte was low on sponsors. He attended the Rio games without sponsorships from Gatorade, Proctor & Gamble, Nissan and Mutual of Omaha. All of these companies chose not to renew their endorsements that were set up around the 2012 games.

Whether Lochte loses his estimated $1 million in endorsements or if he bounces back to a higher level of lucrative athletic celebrity probably has to do with how he handles his deception going forward, and if he can effectively earn the forgiveness of the public. Given that celebrities are routinely caught doing a lot less forgivable things than vandalizing bathrooms and lying about robberies that never happened, that's probably not an impossible feat – but time will tell.

The real tragedy here for Lochte is that his performance at Rio was a bit underwhelming… at least in the shadow of teammate Michael Phelps. Coupled with this recent scandal and it's unlikely that Ryan will be able to cash in with a bunch of new sponsors. All in all, this is not a good situation for the Olympian.